A Ferntree Gully hardware shop has been forced to take down a popular sign temporarily, after a complaint was made to the local council.

Demak Outdoor Timber & Hardware has displayed the sign outside its store since it opened 1998, changing the message daily.

But the shop was forced to take down the sign and obtain a permit to display it, after a complaint was made to Knox City Council about one message displayed.

The sign in question read: “My wife says I never listen to her … or something like that.” 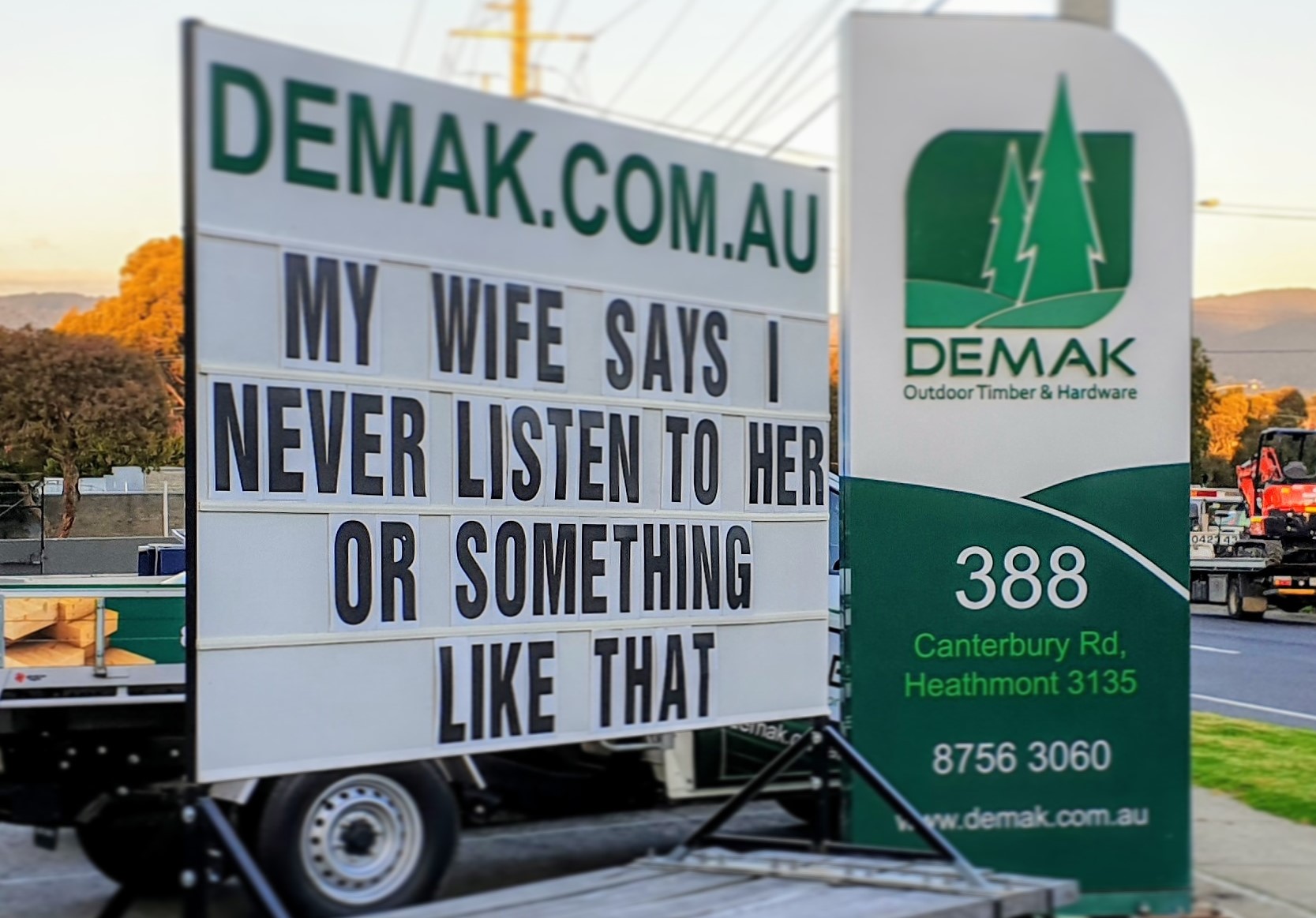 “I didn’t think there was a problem,” he told 3AW’s Tony Jones, filling in for Neil Mitchell.

“The support we got before and after didn’t seem to think it was a problem, but I assume someone felt it wasn’t to their comical standards and put in a complaint to council.”

Mr Trewin said he didn’t intend to offend anyone, and the sign fosters a sense of community.

“A bit of interaction with the community seems to keep everyone a lot happier,” he said.

“We’re set up opposite Tupperware in Ferntree Gully, so there was one day we put up ‘Honk if you love Tupperware’, and you can just listen all day long to the honks and toots coming over to support the other local businesses around the area.

“Just last week we gave a shout out to the year 12 students just up the road at St Josephs, going in for their year 12 final exams.”

Mr Trewin has now obtained a permit to display the sign. He is currently making a new sign which fits council requirements.

In the mean time, the retailer has found a way around the council’s demands for the sign to be removed — the sign has been moved to the tray of a ute parked beside the shop.