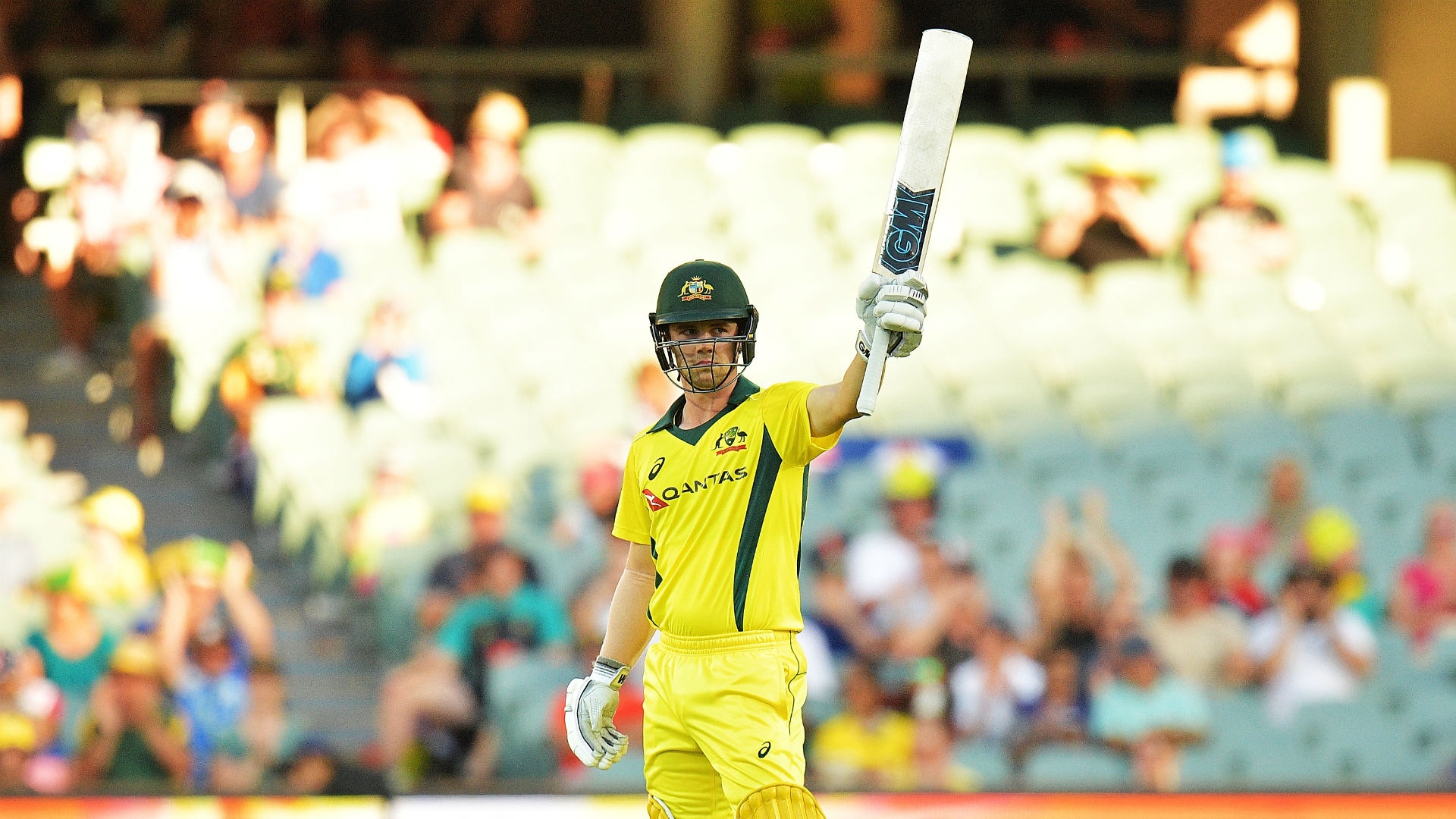 Travis Head missed out on a century in his home town, but did enough to ensure Australia punished England for a horror start in the fourth one-day international at Adelaide Oval.

Local boy Head replaced the injured Aaron Finch at the top order and almost repeated his Australia Day hundred against Pakistan last year, but a score of 96 was sufficient to secure a consolation triumph in a five-match series his side now trail 3-1.

The hosts were set for victory right from the early going, after sending England in to bat and reducing them to 8-5 – the third-lowest score in a 50-over match at which the fifth wicket has fallen – thanks to the relentless attack of Pat Cummins (4-24) and Josh Hazlewood (3-39).

Jason Roy, Jonny Bairstow Joe Root and Jos Buttler all went for ducks in an abysmal start, but Chris Woakes turned things around with a brilliant 78 to surpass 1,000 ODI runs and lead England to an unlikely total of 196 all out.

Head emulated Woakes’ milestone, finding the ropes 15 times as Australia got the job done with 12 overs to spare.

Roy registered a stunning 180 in the first match but his troubles continued when he hacked Hazlewood to point second ball, with Hales bowled by the relentless Cummins before his opening bowling partner drew an outside edge from Bairstow that ended in the gloves of Tim Paine.

Cummins struck again when Root ballooned a top edge to fine leg and Hazlewood teased Buttler into a flick that was again taken by wicketkeeper Paine.

Moeen Ali and Eoin Morgan’s 53-run union steadied the ship, but it was Woakes who turned things around by bringing up his half-century with a four off Hazelwood’s penultimate delivery after nicking Cummins just shy of slip on 41.

Andrew Tye stepped in off the boundary and let Woakes notch his fourth maximum but made amends by bringing his stunning knock to an end and dismissing Tom Curran (35) to skittle England in the 46th over.

Woakes looked set to maintain his form with the ball when he claimed the scalp of David Warner (13), but he had no answer for Head, who hung around well after captain Steve Smith slashed Adil Rashid (3-49) to Root at slip on just four.

Mitchell Marsh chipped in with a 30-ball 32 but it was Head that proved the difference, picking out the boundary past cover after reaching fifty to notch four figures in the 50-over format.

A pull to mid-on off Mark Wood denied the Australia opener a second ODI century, but successive boundaries from Paine helped finish England off despite a huge mix-up resulting in Cummins being run out.