Healesville Primary School has cancelled its grade 5/6 City Camp on “advice from the Department of Education” in light of the terror attack in Bourke Street.

The school posted on its Facebook page, saying, “This is not a decision taken lightly but the safety of our students is the main priority.”

“We’ve been encouraging people to get on with their lives.

“It’s exactly what we want to avoid.

“If that’s right that it’s come from the Education Department I’ll be having a chat to them this morning.”

3AW spoke with the Principal of Healesvile Primary who referred Neil to the Education Department.

Deputy Secretary of the Regional Services Group at the Department of Education and Training, Bruce Armstrong told Neil the department said the principal should make up his own mind.

“He found the parent community very anxious and posting on social media that they weren’t going to send their children to the excursion on Monday,” Mr Armstrong said.

“He rang some regional staff, they said ‘the decision is yours’.

“The advice was, look at the pros and cons and respond to your community.

“We did not advise the principal not to pull that excursion.” 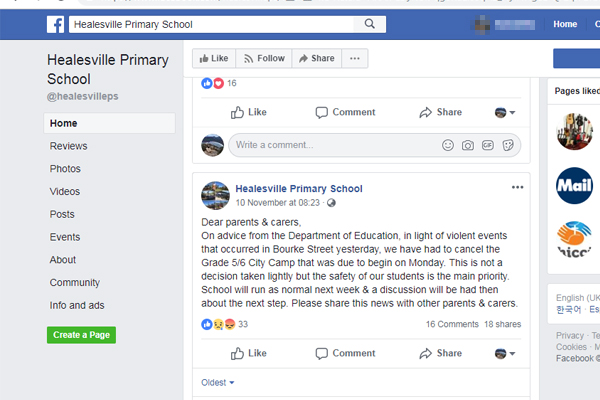