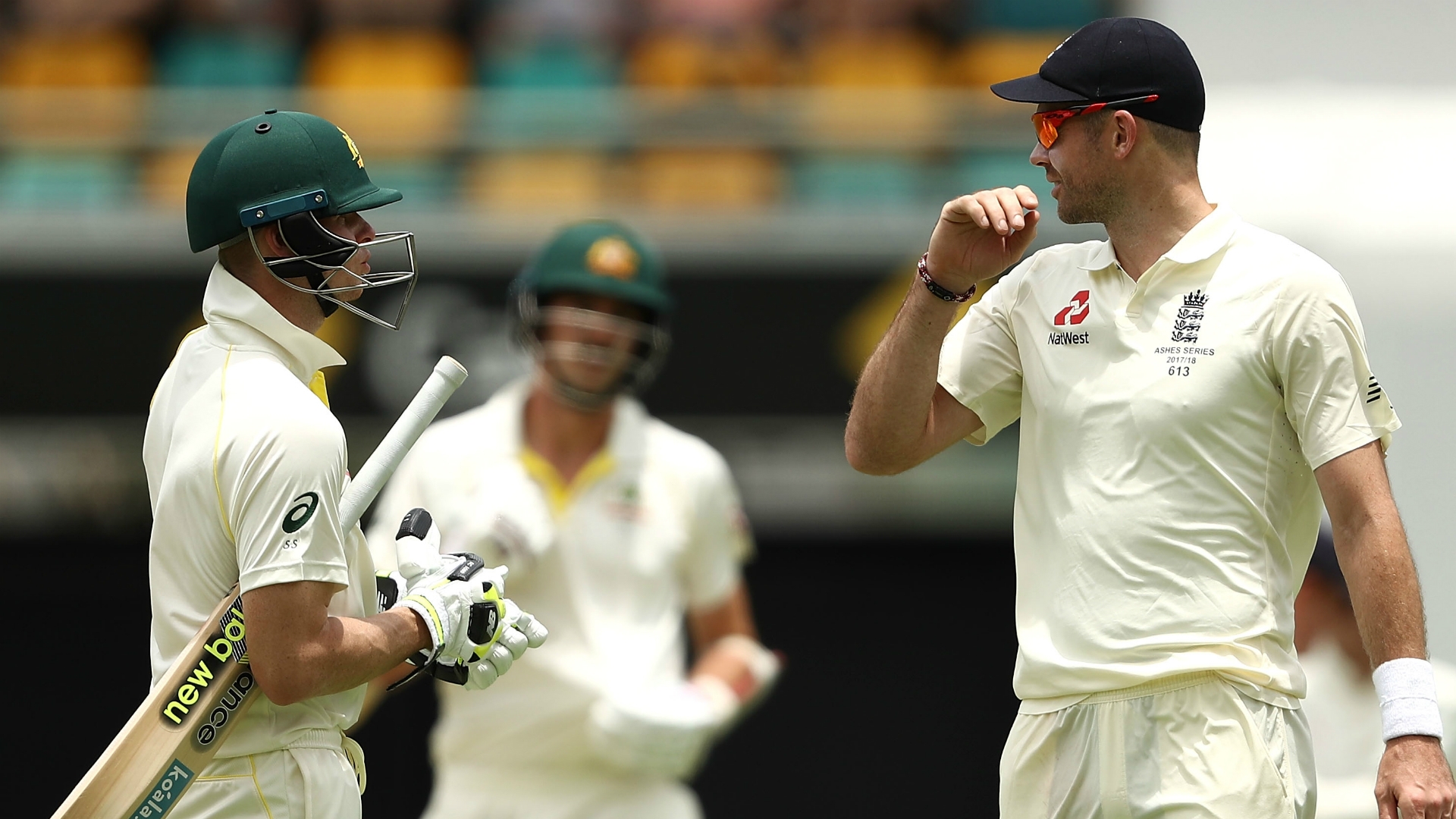 The war of words between Australia and England continued on the eve of the second Ashes Test after Steve Smith described Jimmy Anderson as “one of the biggest sledgers in the game” in response to bullying accusations.

Anderson hit out at captain Smith and the Australians for sledging wicketkeeper Jonny Bairstow and England during the first Ashes match in Brisbane, where the hosts romped to a 10-wicket victory.

The veteran England paceman also accused Australia of “a deliberate ploy to say things close to the sump mics so it would be picked up by the media” in his column for The Telegraph after it emerged that Bairstow headbutted batsman Cameron Bancroft before the Ashes.

Both Bairstow and Bancroft played down the Perth incident following the Ashes opener.

Smith – who named an unchanged XI for the day-night Test starting in Adelaide on Saturday – was asked about Anderson’s comments and the skipper told reporters on Friday: “I read the article.

“I think it’s interesting coming from Jimmy calling us bullies and big sledgers. I think he’s one of the biggest sledgers in the game to be perfectly honest with you. To me in particular.

“I remember back in 2010 when I first started and wasn’t any good he was pretty happy to get stuck into me then. Interesting coming from Jimmy.”

Smith was also forced to clarify the reason behind his laughter during Bancroft’s news conference following the Gabba Test after England captain Joe Root said the Ashes holders would use it as motivation.

As Bancroft revealed the details behind the headbutt incident with Bairstow in a humorous manner, Smith sat alongside the Australia batsman and struggled to keep his giggles under control in front of the media.

Root did not take kindly to Smith’s reaction, insisting it would spur England on at Adelaide Oval, though the latter was quick to dismiss suggestions he disrespected the tourists.

“I was laughing at Cameron and the way he delivered the events of what had happened. I don’t know Cameron that well yet, I haven’t played a lot with him yet.

“He was very dry and different in the way things came across. You guys [the media] got a good laugh out of it as much as I did. I’m happy to clarify with [Root], no problem there at all.”