Hikers fear being shut out of Grampians over Aboriginal ‘cultural issues’

It’s believed up to a third of the Grampians National Park could be closed to rock climbers and other tourists because of Aboriginal cultural issues.

The park attracts climbers from around the world, luring tourists to Victoria.

Ross Taylor, who grew up at the Grampians, is the writer and editor of digital climbing magazine Vertical Life.

He attended a meeting with Parks Victoria this week and told 3AW’s Neil Mitchell that the areas to be closed haven’t yet been confirmed.

“We think it will mostly be in the Victoria range in the southern part of the Grampians,” he said.

“There’s a bunch of world class climbing areas there.

“To give people some perspective … it would be like the equivalent of if you were closing Bells beach.”

“Our main priority is protecting the natural and cultural values of this precious landscape that is the Grampians National Park,” he said in a written statement.

“We are working to support climbers and other park users to find alternate locations in the Grampians to climb. We’ll also work with local businesses and Licenced Tour Operators over the coming months to clearly identify where climbing can continue.

“A stakeholder reference group will be established to involve the community and rock climbers in next steps and the part we can all play in protecting our cultural heritage and environment and to identify where in the Grampians climbing can continue.” 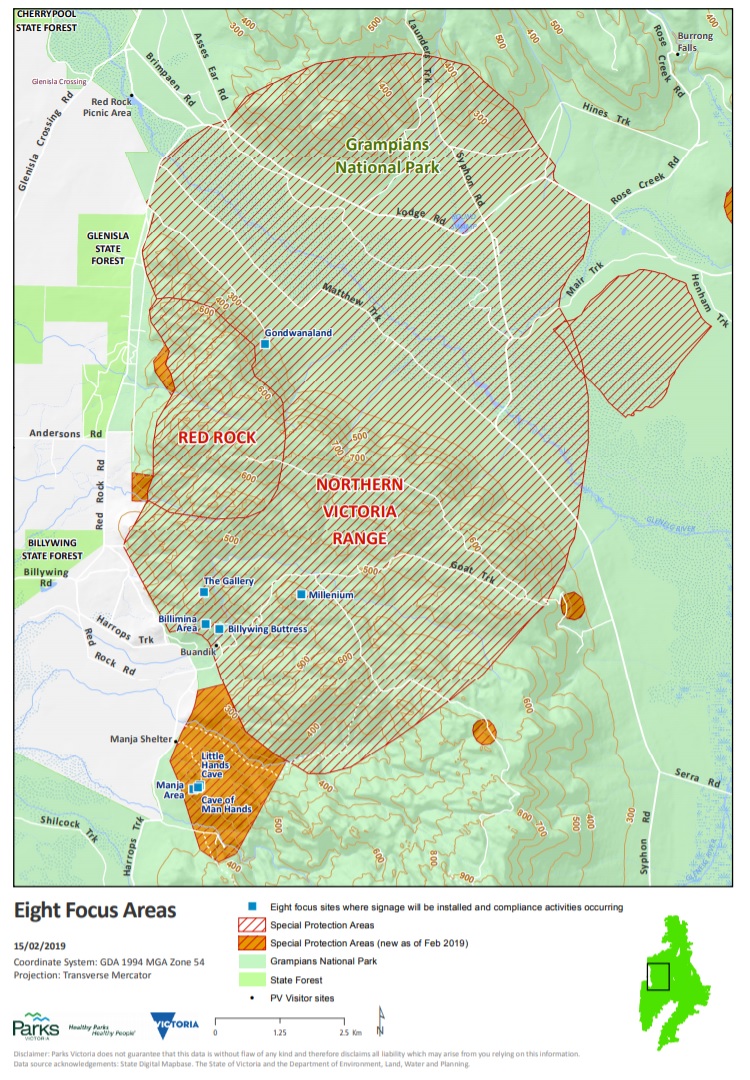