Hoax messages claiming to be from the COVIDSafe tracing app circulate

Fake text messages claiming to be from the COVIDSafe tracing app are circulating online, but a cyber security expert says it’s unlikely the sender of the false messages has obtained information from the government app.

The text messages purporting to be from the government app say: 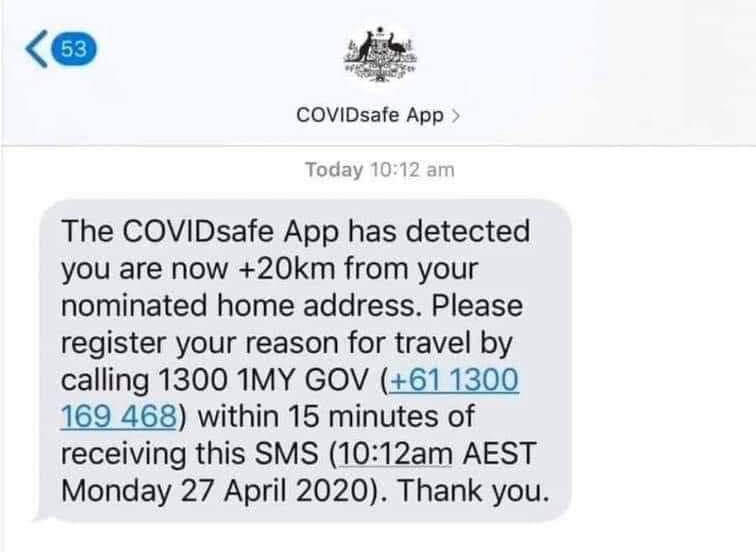 The phone number listed in the message is the real myGov number, so it is unclear what the fake messages are trying to achieve.

Director of the University of NSW’s Canberra Cyber, Nigel Phair, says it’s highly unlikely the sender of the messages has accessed information from the app, but the hoax messages undermine public faith in the government’s ability to keep information secure.

“The more people who get this (message) the more they’re less inclined to download the app or do other things with government online.

“The more these little things come along the less confidence people have with interacting with government online.”

Mr Phair said he has already downloaded the COVIDSafe app, and encouraged other Australians to do the same.

“I think proportionally, when we look at it, it’s a good thing to download,” he said.