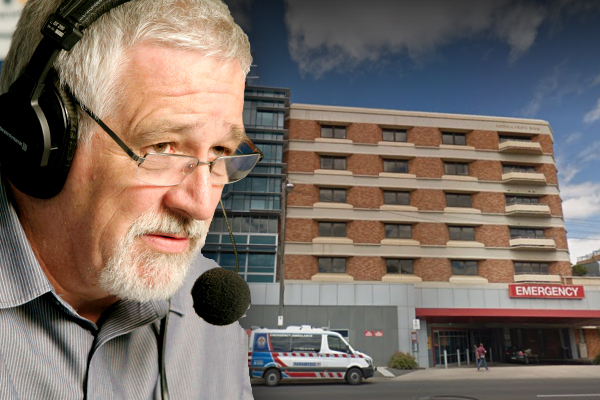 An administration stuff-up has prompted police and a worried family to launch a desperate search for a man who was laying dead in hospital.

“The first I’ve heard about this is through Neil Mitchell this morning. I’m very concerned … about what’s been alleged.”
– Health Minister Jenny Mikakos https://t.co/aaTXWomKGr

The cruel mistake happened at a Geelong hospital last month and triggered several days of concern before the heartbreaking discovery was made.

Premier Daniel Andrews promised to investigate the matter after learning about it via the Neil Mitchell program (hear his comments below).

It is cruel, hurtful, incompetent, a waste of resources and deeply distressing.
-Neil Mitchell

The disturbing series of events started when a man aged in his 50s suffered a medical emergency while dining at his regular Geelong cafe on Friday, September 20.

Neil Mitchell knows the man’s name but has chosen to withhold it at his family’s request.

He was rushed to Barwon Health hospital.

The following day, the cafe-owner called the hospital to check on the man’s well-being and was told the man had been discharged, and so he called the man’s sister to find out more.

The sister didn’t know about the man’s medical emergency.

This was due to a next-of-kin mix-up, for which the man’s family does not blame the hospital.

Worried, the sister attempted to contact the man several times, but failed to reach him.

Police were called and even charged into the man’s apartment, but still he could not be found.

As part of a desperate search for the man, Neil Mitchell believes the hospital was called five times, including three times by police, to confirm the man had been discharged.

It was several days later — on either the Wednesday or Thursday — that police finally discovered that the man had not been discharged at all.

He had died shortly after he was admitted to hospital, at last five days earlier.

It’s believed his body was in the hospital mortuary the whole time the family was searching for him.

The cause of the confusion has not yet been made clear.

Neil Mitchell understands police are “not happy” and seeking answers.

“More than that, the family needs answers,” Neil said this morning.

“I am told the dead man’s sister, his closest relative, still does not know what happened.”

The Victorian government was not aware of the matter until it was raised by 3AW Mornings.

“If what we think has happened here has in fact occurred, it’s shameful, it’s wrong,” he said.

“There’ll be a proper investigation and I offer an unreserved apology to the family.”

In a statement released on Thursday, Barwon Health said it “unreservedly apologises for the distress caused by the delay and the manner in which the family was notified of their relative’s death”.

“The staff in the emergency department made multiple attempts to contact the next of kin listed in the patient’s previous medical record.

“The police were notified at the time of the patient’s death.