Nancy Mason lost everything when bushfires swept through Mallacoota, but the 87-year-old remains positive.

She sheltered on Bastion Point beach, sleeping on the sand and, at one point getting into the water when the fire got very close.

Ms Mason’s niece, Meredith, said photos her aunt dug into the sand “like a bunker” were heartbreaking.

“They just ripped my heart out,” she told Neil Mitchell.

“She just had to dive into the sand so that the fires didn’t reach them.”

But Ms Mason’s daughter, Pat Rankin, said she “seems to be going okay”.

“She’s pretty dogmatic, she says she’s fine and other people are worse off than her, so that’s her philosophy,” she said.

“She was lucky enough to be offered a house for rent for 12 months, just a couple of doors down from where she was.” 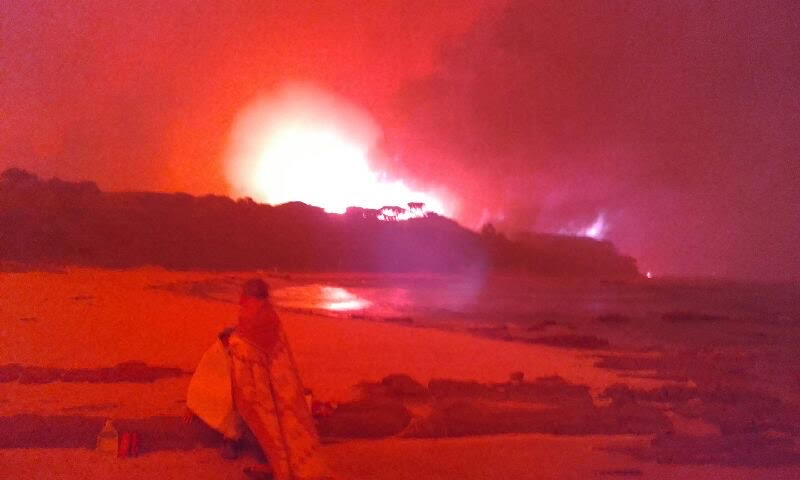 Ms Mason was devastated by the loss of her vintage knitting patterns, but some 3AW listeners have generously donated patterns to replace the ones she lost.

“She will be overwhelmed,” Ms Rankin said.

“She’s always loved knitting and she loves knitting baby gear for people sand giving it away ,and she’s also knitting trauma teddies for the ambulance.”