Hundreds of Melburnians braved the 10 degree temperature, stripping off on the Woolworths car park in Chapel Street to take part in photographer Spencer Tunick’s latest project.

The group is considerably smaller than the 12,000 who signed up for the daring activity.

Carly Taylor took part in the art display today and described it to Tom Elliott on 3AW Drive as freeing.

“I had seen online that I could apply to do that, and I did it not thinking very seriously about it,” she said.

“(It was) amazing, I honestly didn’t know what to expect.

“Once you get over the initial shock of taking your clothes of, and being in front of people, it’s taking you down to your natural state.” 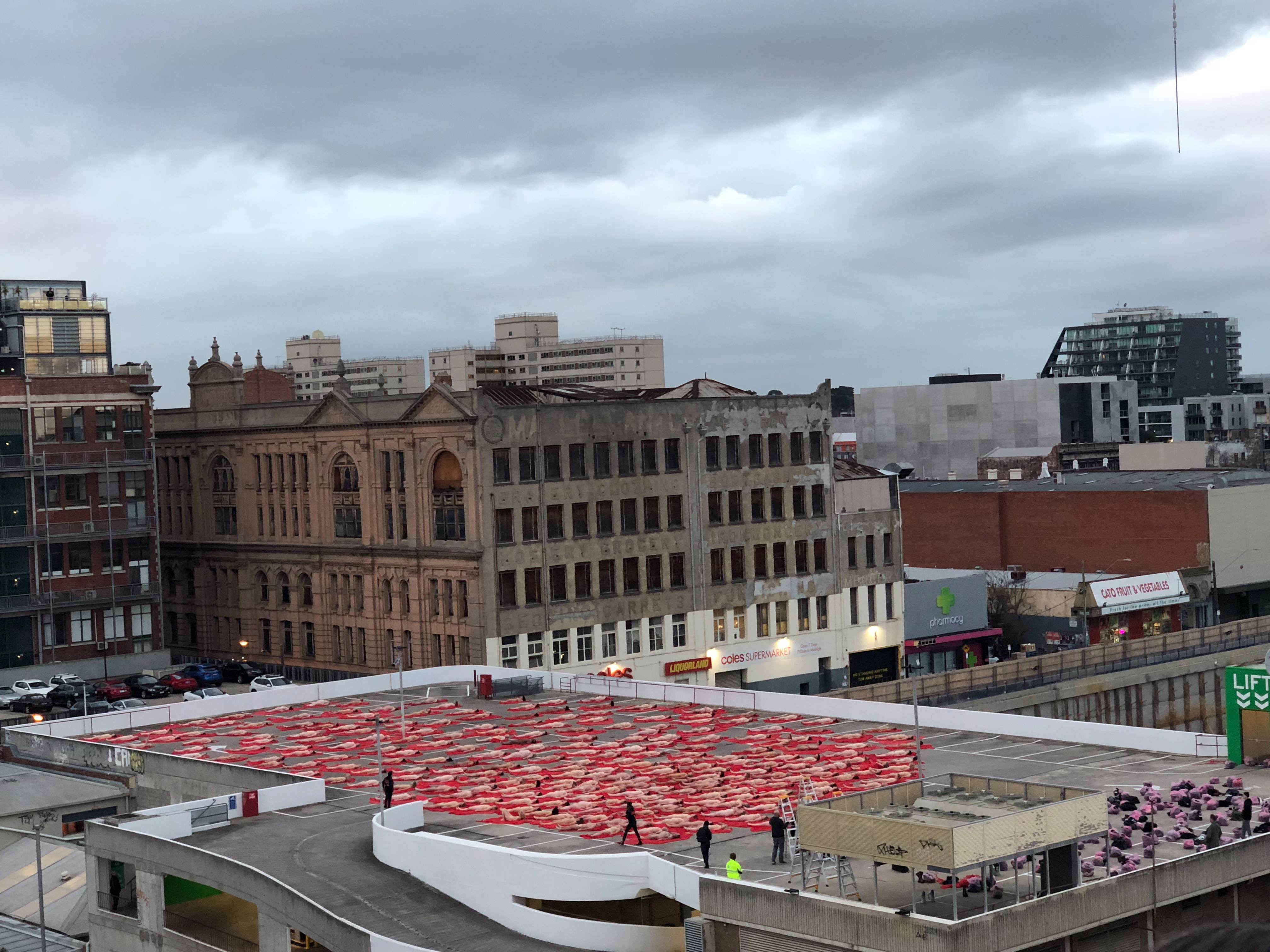