Hunt for beret-wearing vandal: Ross and John ponder the backstory

Images have been released of a beret-wearing vandal wanted over a graffiti attack on a train.

The train was stopped between Mordialloc and Aspendale railway stations on September 11 last year when two men — one dressed in a blue beret and white coat — went to work.

They caused about $7500 worth of damage.

Police say the moustached vandal is 25-30 years-old with a medium build, short wavy black hair, a moustache and a pale complexion.

The second man is described as Caucasian in appearance, aged 25-30 with a medium build and shoulder length dark curly hair.

He was wearing a light-coloured wide-brim hat with orange band, a high-vis orange and blue shirt and light blue jeans. 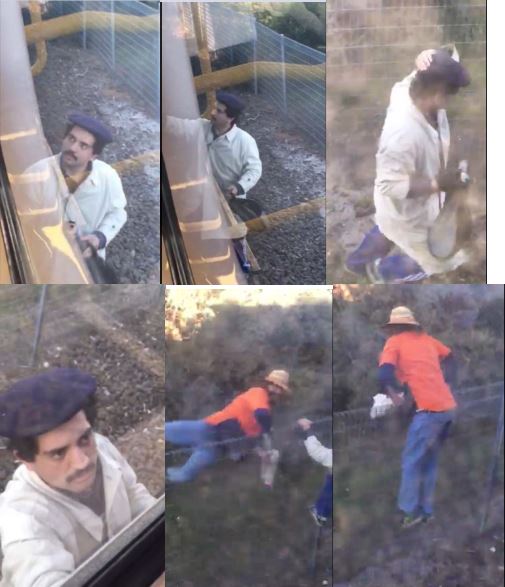