‘You’re not 100% safe’: Uni student bashed in Carlton speaks out

A university student bashed and robbed while walking home in Carlton has spoken of his ordeal.

James Richter, 19, suffered two chipped teeth (pictured above) and a bruised eye socket as group of teenagers fled with his phone wallet and laptop at Lincoln Square about 9pm on Saturday, September 16.

He says he no longer feels safe walking alone in the city at night.

“Just that thought at the back of your mind now that you’re not 100 per cent safe and need a heightened sense of vigilance is the biggest way it’s affected me,” he said today in a renewed plea to find the alleged thugs.

Police have released CCTV image of the suspects after the credit card was used at a Fitzroy kebab shop. 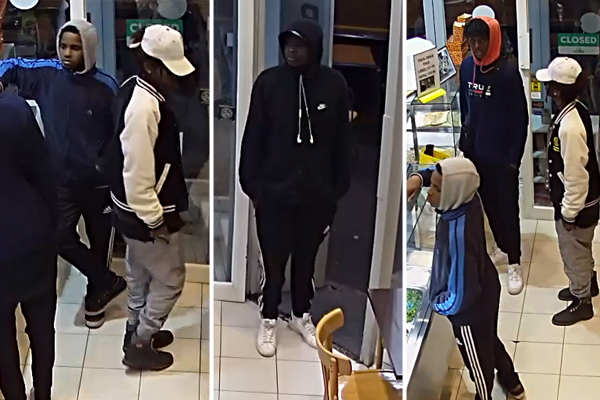 Mr Richter says the outcome could have been a lot worse.

The last individual who wanted me to unlock the phone was saying not to follow him because he had a knife.

“I didn’t know if he had one, I wasn’t going to test him, but it could’ve been a lot worse, so I’m very thankful I’ve only sustained minor injuries.