A young woman who was contacted by a taxi driver after he dropped her home has warned of his “creepy” behaviour.

Mum Natasha told Tom Elliott the driver has breached privacy, by taking her phone number from the dispatcher and sending her a barrage of text messages.

And since airing her experience on Facebook, four more women have contacted her claiming they’ve had the same experience with the same driver.

“He was a little unsettling while I was in the cab, asking quite personal questions,” Natasha said.

“Tuesday morning at 5.26am I get a text message on my personal phone.

“I had quite the freak-out.

“I’ve had four women private message me and tell me a story they’ve had with this driver that is very similar to mine.

“I think this driver is a risk to women’s safety, I don’t think he should be driving with the company.”

Natasha complained to the company and is unsatisfied with their response.

3AW Drive contacted the taxi company for comment during the show.

They issued a one-line response shortly after 3AW Drive finished, saying they “understand the situation”.

“We understand the situation and we have spoken to the customer about this and we are also addressing the issue internally with the driver,” they said. 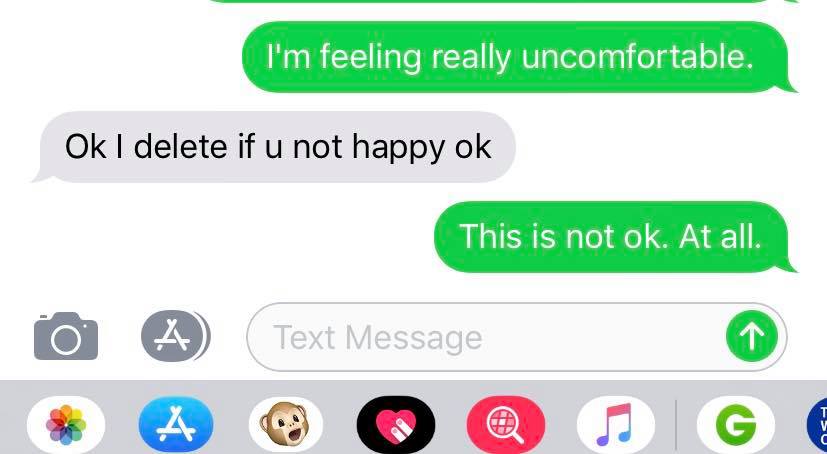 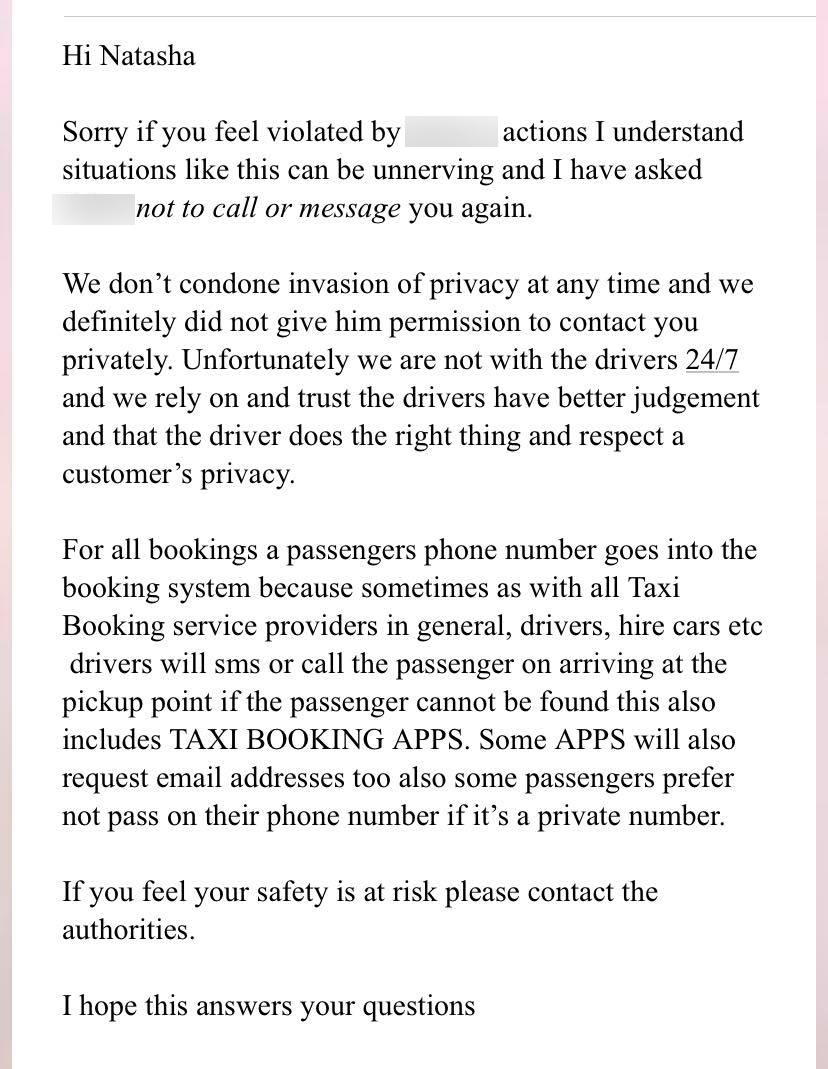