‘Is it safe to send your child to school?’: Teen arrested after threats made against Sunbury school

Panicked parents have expressed fear after a security threat was made against a school in Melbourne’s north-west.

The Rumour File revealed parents were last night informed about a threat made against the school.

Police have confirmed an 18-year-old Sunbury man was arrested early this morning in relation to the threats.

The man has been released on bail and is set to appear at the Broadmeadows Magistrates’ Court on April 30.

A message sent out to Sunbury College parents said there would be security guards and police patrolling the school today, but parents remain fearful. 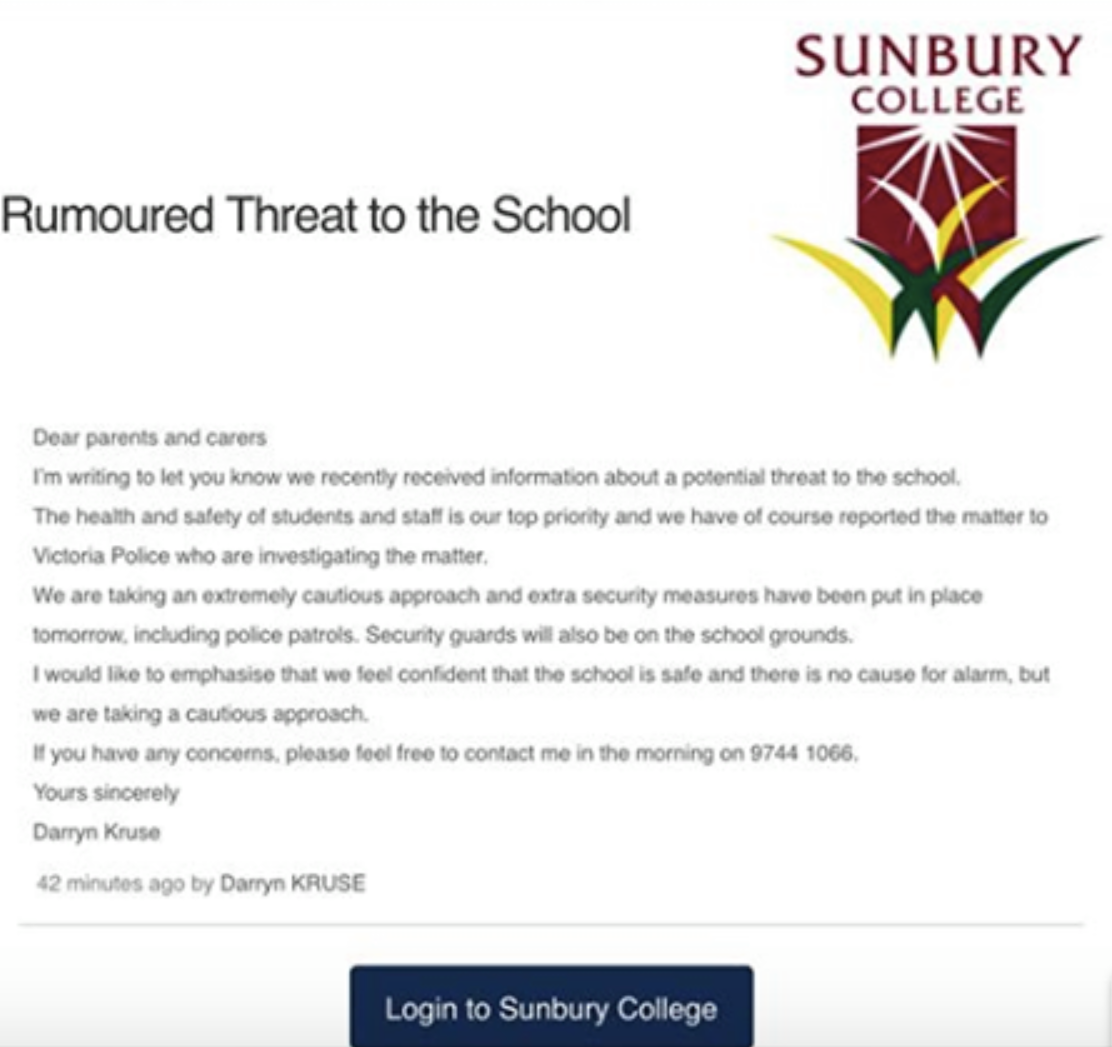 A grandmother whose granddaughter is a year 10 student at Sunbury College said she’s worried.

“We’re all very concerned but think maybe that if it’s been made public nothing will happen today, but what about tomorrow?,” Davina told 3AW’s Neil Mitchell.

“How can this happen in Australia? We’re not America!

“Is it safe to send your child to school?”

Davina said her granddaughter has insisted on going to school today, and although police are patrolling the campus she has concerns.

“Hopefully they have it under control,” she said.