“The cross is now home.”

One of Australia’s most important war remembrance symbols has been unveiled in Canberra, at the Australian War Memorial.

The Long Tan Cross – commemorating the 18 killed and 24 injured during what’s considered to be Australia’s most costly engagement in Vietnam – has been shipped to Australia in a secret operation.

There have been several diplomatic issues in recent years which had made commemoration ceremonies increasingly difficult.

Fittingly, tomorrow marks the 52nd anniversary of the battle where Australian and New Zealand troops fought a Viet Cong force  10 times their size for over three hours in awful conditions.

“The Governor General Peter Cosgrove, himself a decorated Vietnam Veteran, said in his remarks that the cross is now home,” he said. 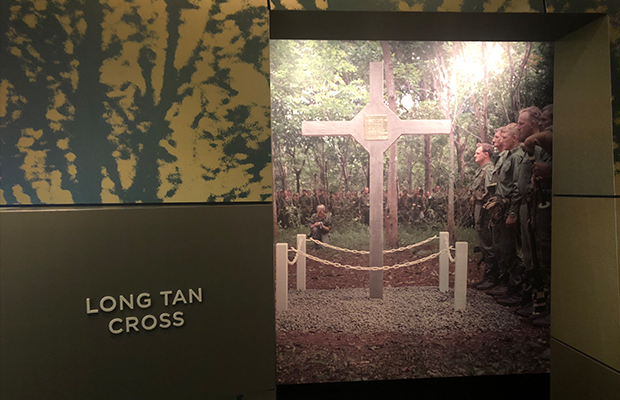