A young couple booked a swanky room at Crown Towers to celebrate a birthday, only to find their room was without hot water.

Tanya, whose daughter and her partner booked the room, told 3AW’s Tony Jones the situation was “really unfair of a five star venue”.

The couple paid $480 for the room and were not informed of the water issue ahead of time, nor when they checked in.

Upon arriving in their room they found a note advising that there would be interrupted hot water supply between 9pm and 6am due to maintenance.

They contacted the duty manager and were advised there were no available rooms with hot water, but were given a bottle of champagne, 25 per cent off the bill and a late 1pm check out as compensation.

“The point was there was no need for them to actually go there on that night, so if they were given the chance they would have opted for a different night when they could have actually had hot water,” Tanya told 3AW’s Tony Jones.

“They took the money and they didn’t even inform them at check in, it wasn’t until they got to their room that they got the letter.” 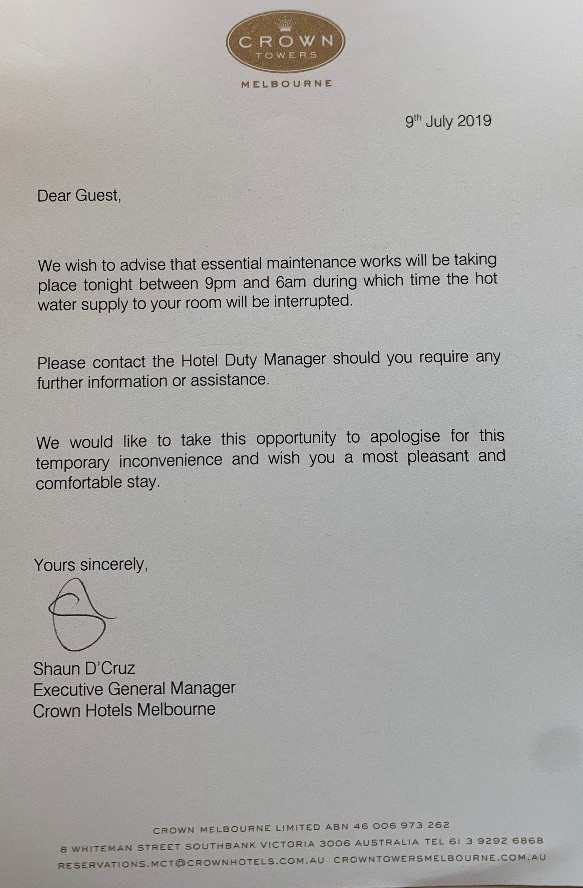