Jason Roberts has had his murder convictions quashed.

A new trial has been ordered.

Roberts has been in jail for more than 20 years after he was sentenced to life in prison over the Silk-Miller police shootings.

The accused killer will lodge an application for bail in the coming days.

Bandali Debs and Roberts were found guilty of the murders and sentenced to life in jail.

The families of the deceased say they are “absolutely devastated” by the news.

Click PLAY below to hear a statement from them

The Victorian Police Association has released the following statement. 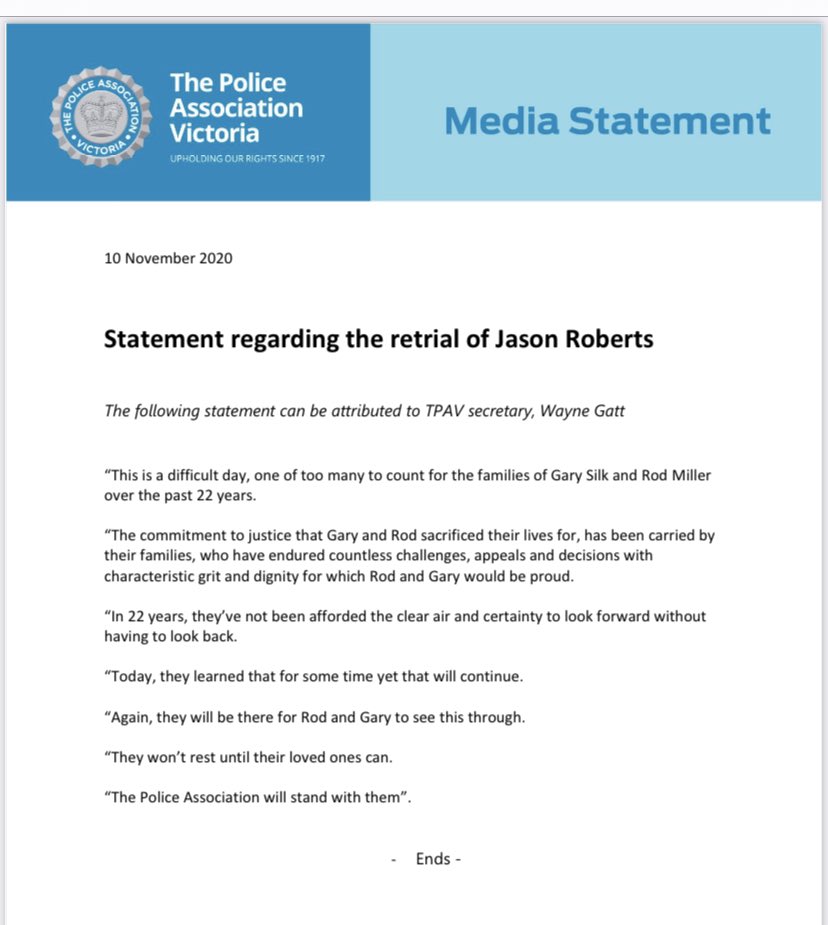