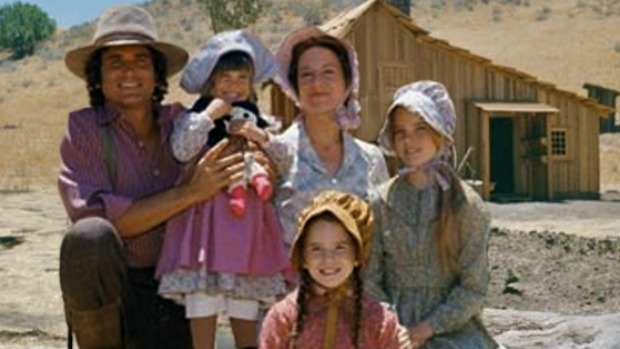 VALE SALLY: WE ALWAYS LIKED YOU

American character actor Abe Vigoda has died, age 94. Best known as Salvadore ‘Sally’ Tessio in the original Godfather, he also earned acclaim as detective Fish in the classic 1970s sitcom Barney Miller and the spin-off series Fish. He is famous for the line delivered to Tom Hagen (Robert Duvall) in The Godfather after Sal is confronted for having organised a foiled murder plot against Michael (Al Pacino). ‘Tell Mike it was only business. I always liked him.’

Pretty much all the original gang will be back for the new film, apart from director Sam Taylor-Johnson who stepped away from the project over creative disagreements with author E.L James. Stepping into her heels will be veteran James Foley (Glengarry Glen Ross; House of Cards), who will also handle the adaptation of the saucy supermarket-checkout steamer.

Here’s praying they find a little cameo for Raquel Welch, just something small in the background, like a receptionist or something.

Having made its mark on the history of television, the long-touted Little House on the Prairie movie is back on the fast track. The TV show, which starred Michael Landon (also executive producer) and Melissa Gilbert, ran for 10 seasons from 1974 to 1983. The film is set to be produced by Scott Rudin (School of Rock; The Social Network). The film, which Sony had been hot for the film since 2012 before Paramount took it up, is based on the long-hand, pre-digital blog (i.e. diary) of Laura Ingalls Wilder about her family’s life living in and taming the harsh frontier land of 19th-century Minnesota. The screenplay will be by Abi Morgan (Suffragette; Shame; The Iron Lady); the director Sean Durkin (Martha Marcy May Marlene).

The late British actor Oliver Reed is featured in a propoganda video by the Islamist terrorist group ISIS to threaten Italy that it intends taking the country over. Scenes from the epic 1981 action film Lion of the Desert show Reed as Italian general Rodolfo Graziani unsuccessfully fighting the Libyan rebels, lead by Anthony Quinn’s Omar Muktar. A voiceover explains how this should intimidate all Italians. The film, funded by the Libyan government of Muammar Gaddafi, was directed and produced by Syrian-born American film producer Moustapha Akkad, who was killed by Al-Qaeda in 2005 during a series of hotel bombings.

Method actor Christian Bale has decided against playing the lead in Michael Mann’s Enzo Ferrari biopic because of worries the 42 year old has over the adverse health effects of putting on so much weight so quickly to meet the film’s shooting schedule. Bale is famous for having gained muscle for American Psycho, emaciating himself for The Machinist, gaining weight for American Hustle and losing for The Fighter. Seems the yo-yo dieting his particular brand of method acting demands has reached its limit. Meanwhile, Robert De Niro’s Ferrari film is apparently still on the books (though it’s tough finding an update online).

Quentin Tarantino’s ode to old-school westerns The Hateful Eight opened at #1, taking $3.5 million on 305 screens, a very strong haul indeed in an admittedly slow week where the only real competition was the transsexual period drama The Danish Girl (#10), which did well at the arthouses, taking $1.08m on 125 screens.

A fascinating footnote is how the unstoppable runaway Aussie comedy-drama hit The Dressmaker is still going strong. Its 13th week of release saw the film take another $282,479 on 80 screens, bringing its total to $19.93m while registering a bizarre counter-trend audience average jump of 22%. That indicates a spurt of renewed interest that, so deep into a film’s theatrical run, can only be explained by resilient word-of-mouth.