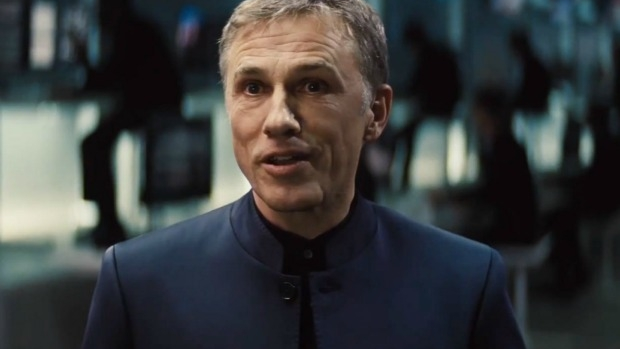 In the most unexciting James Bond news we’ve heard since the release of Spectre, Christoph Waltz, who played the rebooted super-baddie Blofeld in the film, has said he’d be happy to do more Bond films on the proviso that Daniel Craig kept playing Bond. After Craig’s lacklustre

performance in Spectre, though, it seems like the clock might have run out on that particular dream.

Word is out that long time pals Oscar darling Jennifer Lawrence and bawdy, barrier-breaking comedian Amy Schumer have penned a comedy script they’re both over the moon about.

Speaking to BBC 6 Music, Lawrence said: ‘We have finished writing it, we have an official first draft. I am going to try and fit it somewhere into my ghoulish schedule.’

The film will apparently service Schumer’s long-cherished desire to play a flight attendant, while Lawrence will play her lush of a sister. Sounds funny, but will it be, given that our main points of reference for flight attendant movies are View From the Top, Jackie Brown and the Airport

Says Lawrence of their first draft screenplay: ‘It was hilarious, because when you’re writing a comedy it’s not good enough unless you’re laughing out loud. So I’m laughing at my pages and I’m laughing at her pages and thinking that the whole process is hilarious. I’m thinking we’ve got

It’s been a huge year for film, with a worldwide haul of a record $US38 billion. And who to thank? Well, blockbusters such as: Mission Impossible – Rogue Nation; Jurassic World; Star Wars – The Force Awakens; Avengers 2; Spectre; Minions; Furious 7; Inside Out;

Soon to overtake the US as the world’s #1 movie market, the ancient land of the long, winding ticket queue showed a 49% jump over its 2014 box office total with a haul of just on $US6.8 billion. This is what’s going to bring the world together, folks.

BEYONCE’S BIOPIC UNDER FIRE – OR NOT

Hot from the Online Outrage Generator came news this week that the widely beloved Beyonce was under fire for her supposed plans to produce, pen and appear in a period biopic about Saartjie ‘Sarah’ Baartman, the South African woman enslaved in 1810 and taken to Europe where

she was made the star of a freak show that exploited her unusual body shape. Thundered Chief Jean Burgess of the Ghonaqua First Peoples: ‘She (Beyonce) lacks the basic human dignity to be worthy of writing Sarah’s story, let alone playing the part…I can only see arrogance in her

attempt to tell a story that is not hers to tell.’

And it’s not. After drawing a huge amount of online heat, somebody had a bizarre idea and actually went to the extraordinary trouble of doing a fact check. Word from the Beyonce camp is that she has no such plans for such a film. At all.

If you were looking for an example of just how bad piracy has gotten, check this. Bollywood star Kriti Sanon was on a plane with her mum on their way to Delhi when she noticed the man sitting next to her enjoying her latest theatrical film Dilwale – on his iPhone, which he was using to

project it onto the wall in front of them. The film had only been out 10 days. She politely asked him to stop, he refused, so, showing remarkable restraint, she took to Twitter to berate him. This could have been a dream scenario, if only in the place of Kriti Sanon was somebody slightly

less forgiving such as, oooh, Dwayne Johnson or Russell Crowe or Tom Hardy. To paraphrase Vincent Vega (John Travolta) from Pulp Fiction, it’d be worth him doing it just to see him get caught.

Haskell Wexler, 93, was best known for shooting: Angel Baby; In the Heat of the Night; One Flew Over the Cuckoo’s Nest; Who’s Afraid of Virginia Woolf? and Bound for Glory (both Oscar winners); Coming Home; Days of Heaven; Other People’s Money. In 1969 he directed, wrote and

shot Medium Cool, still considered one of the most caustic films about politics and media.

Vilmos Zsigmond, 85, produced the indelible images of The Deer Hunter; Deliverence; Scarecrow; Close Encounters of the Third Kind; Obsession; The Rose; Blow Out; and Heaven’s Gate.

No surprise that the galaxy-conquering Star Wars: The Force Awakens remained at #1, taking another $14m on 741 screens for a staggering three-week total of $75m.

Worldwide, the film has thus far taken more than $1.5 billion since opening on 18 December.

Thanks to the holidays, some films enjoyed rises in their audience averages: Youth was up 22%; The Belier Family 35%; The Dressmaker 6%; and Suffragette (3%).