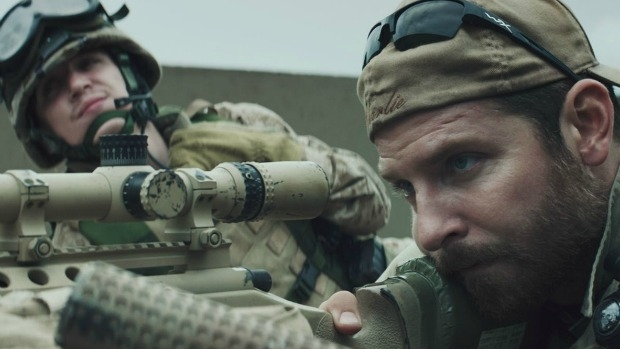 If the 2015 movie year had one overriding message it was that the era of the franchise is unlikely to be ending any time soon.

Then, just a few weeks later in June, Jurassic World reset the record by doing the deed in just 13 days – a feat that, incidentally, set a new record for how quickly a box-office record could be broken.

Then, lo, come December and Star Wars: The Force Awakens did it in 12 days, breaking every other opening day/weekend/week box office land speed record on the way, if you don’t mind.

The final Hunger Games film – full title, The Hunger Games: Mockingjay – Part 2 – brought the tiresome teens-in-dystopia series to an overdue close with a $616m haul while Tom Cruise’s fifth Mission Impossible outing took a handy $680m. In animation, the Despicable Me spin-off Minions shocked connoisseurs by taking over $1.1 billion while the try-hard Pixar charmer Inside Out took $850m, demonstrating again just how lucrative that kid demogaphic is.

Big films didn’t even have to be any good to rake it in. They just needed brand awareness. The craptacular Avengers: Age of Ultron took a massive $1.4 billion despite having no story and the inexcusably lame 007 installment Spectre earned $850m despite having Daniel Craig in it.

So what do the huge audiences for all this repetition prove? That this, ladies and gentlemen, is the age of cinematic comfort food.

Much as we cherish originality, filmgoers swarm to familiar characters and well-worn stories, especially when mounted on huge scales and featuring their stars hopping from sky-scraper to sky-scraper and dangling from the doors of cargo planes.

Part of it is no doubt due to the leviathan marketing campaigns that accompany these titles, building anticipation months in advance and thus fuelling the need to go on that crucial first weekend.

More important, though, is the tenor of the times.

It’s not a happy time for humans on earth right now. There are lots of reasons for this – the economy, the climate, the population growth – but the main mood dampener is the growing awareness that we might just be in the middle of World War III.

The trouble with the Middle East, Iraq, Iran, Afghanistan, Turkey, Syria, ISIS, jihadism, militant Islam, beheadings on YouTube and the ever-present threat of home-grown terrorism has everyone jittery and on edge.

It’s a thoroughly depressing scenario to think about for more than a few minutes, and what better way to escape than with the escapism offered by cinema?

Furious 7 succeeded wildly in its brief to top the previous film, and managed to set new standards in 21st Century vehicular mayhem. It certainly kept Mad Max: Fury Road in its place, a fine but monstrously overrated film that was embraced more for its nostalgic 1980s throwback appeal than for anything original or innovative or overly impressive in the staging of its car prangs and prolonged, straight-line desert chases.

Clint Eastwood’s American Sniper surprised everybody by becoming a huge hit. Released late-2014 and based on the autobiographical book by Chris Kyle, the film told of his combat experiences in Iraq, where Kyle racked up a record tally of kills.

The film’s runaway popularity early in 2015 – it tapped out at $US547m – proved the size of the Red State market, which supported the film’s defiantly patriotic tone. Clearly the audience was sending Hollywood a message.

Yet the film’s back-the-troops sentiment proved too scary for Oscar voters, who played it safe by giving best director and film to the arthouse flick Birdman. Cluck cluck.

As we’re all almost tired of hearing by now, 2015 was a banner year for local films.

In terms of box office it was the biggest since 2001 taking about $86 million. Better still, the quality, diversity and depth of the films on offer remains unparalleled in living memory. It was a real cinematic smorgasbord.

It was also no real surprise. The average quality of Australian films has been improving since the early 2000s, so the peak it hit in 2015 came with a pleasing, reassuring logic.

Filmmakers simply did what they should always do: make films designed to please audiences, films that are driven by strong, structured stories with third acts, that engage with the principles of genre and are backed by savvy, well-timed marketing campaigns.

Alas, 2014 was a high-quality, low-yielding year, mainly because filmgoers simply didn’t know the films were there. Embodying the problem was Son of a Gun. A perfectly good, efficient action movie, it cost $12m but had a puny marketing spend of around $350,000. And that didn’t include any TV.

This year was different. And instructive.

It began with a bang as The Water Diviner set the tone, and ended with another bang as The Dressmaker punched above its weight at the multiplexes to become the year’s second biggest Oz film, after Max. In between was a string of genre-based hits: Last Cab to Darwin; Paper Planes; Oddball; Blinky Bill; Holding the Man; Mad Max: Fury Road (of course); and That Sugar Film.

A very important point not to overlook, though, is how films that weren’t big or that didn’t quite hit the mark were still notable for their ambition and topicality: Ruben Guthrie dealt with alcoholism; unIndian and Alex & Eve tackled inter-faith relationships; Force of Destiny wrestled with mortality; Cut Snake with violence; Another Country with indigenous culture; Now Add Honey with teenage sexuality.

So there was depth to the quality and vision in Aussie films, even if directors didn’t always pull it off.

Most importantly, they were all seeped in Australiana, making good on the oft-quoted, oft-ignored, non-binding maxim that local films should reflect the Aussie character and its national story.

Not all the time, of course – you must always allow for filmmakers to do their own thing – but it’s great when a film proudly brandishes where it came from.

Among the year’s more notable films:

Fifty Shades of Grey: A glossy exercise in mainstreaming fetishism that turned out to be much better than everyone expected;

Cinderella: Cate Blanchett is rightly getting Oscar buzz for her performance in the prestige arthouse film Carol, and she was brilliant in Truth but, let’s be honest, we loved her most here as the evil scenery-chewing step mum;

Trainwreck: foul-mouthed funny girl Amy Schumer graduates from TV to film in a quarter-life crisis comedy. With Spy and Pitch Perfect 2, it continued the post-Bridesmaids wave of funny women on the big screen;

Danny Collins: Al Pacino did a much better job as an ageing rocker than Meryl Streep did in the lame, over-praised Ricki and the Flash;

Paul Blart: Mall Cop 2: the unassuming $100m+ comedy hit from Kevin James was one of the most critically hated films of the year, again stressing the growing gulf between popular and critical taste (see: any Transformers/Adam Sandler film);

Pixels: Sandler’s high-concept film was hated on by critics but ended up taking $244m, thanks largely to support from the increasingly important Chinese market;

Love: Gaspar Noe’s barb-ridden relationship drama featured lots of real sex and was passed with an R rating without cuts or controversy. A quietly achieved high-water mark of maturity for classification in Australia;

Creed: A new generation of filmmakers took up the Rocky torch;

Amy: The Amy Winehouse doco vividly framed the tragedy and scale of her loss;

Ant-Man: a refreshingly fun antidote to the quarter billion-dollar dullness of Avengers 2;

San Andreas: While rescue worker Dwayne Johnson selfishly searched the rubble for his family, scientist Paul Giamatti stepped up to become the real hero of the film;

And among the less notable:

Run All Night: Liam Neeson is just going to keep making these old-man action films until he either dies or they stop making money in France;

Terminator Genisys: we thought we wanted another Terminator movie. We was wrong;

The Gunman: serious method actor Sean Penn proves he can cut it as a 50+ action man. Yeah, but why?;

Tomorrowland: Disney’s futuristic $200m clunker featured a plot so tangled and confusing even the characters couldn’t figure it out.

Entourage: Stupid, insipid, an insult to fans of the TV series;

Bridge of Spies: Steven Spielberg blands out again. This man needs to rediscover his inner funster;