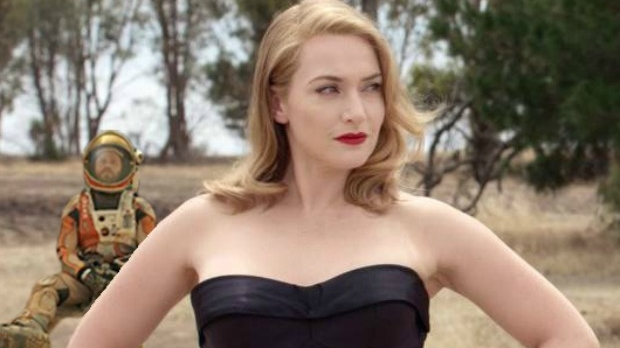 Great news for those who’ve been missing Watergate: Liam Neeson is set to put on an overcoat and a hushed American accent to play Mark Felt, aka ‘Deep Throat’, the FBI snitch who fed information to Washington Post reporter Bob Woodward during the whole Watergate saga, which eventually brought down president Richard Nixon. The role was memorably played, mostly in shadow, by Hal Holbrook in the classic 1976 Alan J Pakula film All the President’s Men. The film will apparently focus on Felt’s battles of conscience.

An incredibly rare copy of Walt Disney’s first animated film featuring Oswald the Lucky Rabbit, the predecessor to Mickey Mouse, has been uncovered deep in the dusty vaults of the British Film Institute. Sleigh Bells, a jaunty six-minute fun-in-the-snow lark, was thought to have been forever lost soon after it was made, some 87 years ago. Last seen in 1928, the film has been meticulously restored. Much as Disney loved Oswald, the character went to Universal after a contract battle, thus giving birth to Mickey Mouse, whose early incarnation resembles Oswald quite a lot.

FOREST TO DO TUTU

The great Forest Whitaker, so good as brutal dictator Idi Amin in 2006’s The Last King of Scotland (thank you, Oscar), is robing up to portray Desmond Tutu in The Archbishop and the Antichrist for ‘prestige’ British director Roland Joffe (who made such acclaimed films as The Killing Fields, City of Joy and The Mission, but who also made the terrible 2007 torture-porn schlocker Captivity.) Interesting as that sounds, the real juice is that opposite him will be Vince Vaughn as serial killer Piet Blomfield who begged for redemption and forgiveness in the post-apartheid era.

* British actor/writer Colin Welland, 81, of Alzheimer’s. When accepting his best screenplay Oscar for Chariots of Fire in 1982 he famously yelled ‘The British are coming!’ The following year Gandhi arrived. His best performances included Kes; Z-Cars; and Straw Dogs.

* Writer Melissa Mathison, 65, of neuroendocrine cancer. Best known for writing the screenplay for Steven Spielberg’s 1982 sci-fi classic E.T. – the Extra Terrestrial, she also wrote The Black Stallion; The Escape Artist; The Indian in the Cupboard; and Kundun. Her final film, The BFG, is an adaptation of the classic Roald Dahl story and will be directed by Spielberg.

It took Kate Winslet and her sewing machine to do it, but The Martian’s month-long reign at the top of the box office has ended as the Aussie period comedy The Dressmaker sashayed into the multiplexes with a very stylish, eye-catching bang.

The film took a blockbuster-scale $4.78 million on 384 screens, comparing neatly to The Water Diviner, which took on its opening week (26-31 Dec) $4.88m on 300 screens. Let’s see how the winning film by Jocelyn Moorhouse tracks.

After seven weeks, the topical Aussie enviro-comedy charmer Oddball (#10) continues to power on thanks to great word-of-mouth. It took another $265,315 on 203 for a total of $10.4m, showing a negligible average audience drop (per screen) of 4%. This is almost unheard of for a film so deep into its release and indicates how well the film is sustaining its audience.