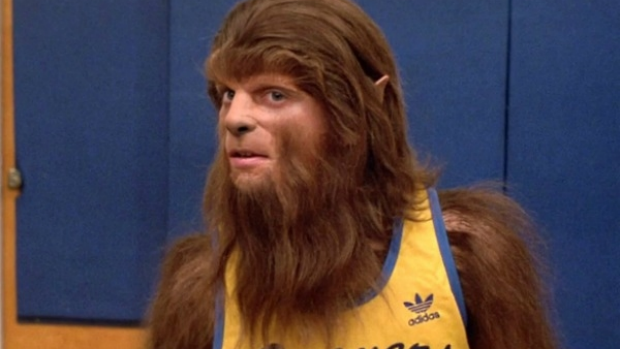 British director Guy Hamilton has died, age 93. A journeyman director, he made four of the best James Bond films: Goldfinger (1964; the second biggest in the series, in adjusted dollars, next to Thunderball); Diamonds Are Forever (1971); Live and Let Die (1973); and The Man with the Golden Gun (1974).

Of the Bond franchise, Hamilton once quipped: ‘My guess is that if they now choose to change director for every other film, it’s just because you can’t really change the formula, you can merely try to film it your way.’

MEAN GIRLS TO BE SET TO MUSIC

Proving that nobody is immune to the big, easy Broadway dollar, Tina Fey (30 Rock) is adapting Mean Girls, which she wrote in 2004, as a stage musical. No word yet if Lindsay Lohan will guest star.

You really know that serious societal change has set in for good when films about them become so hot that two get picked up within a few hours.

Uber, the internet-based taxi service currently wreaking glorious havoc among traditional cab services everywhere, is to be the subject of two major comedies.

There’s an untitled, unwritten film starring Will Ferrell, to be directed by his comedy producing partner Adam McKay (The Big Short). It was picked up by Universal on Thursday 14 April. Next morning, a competing comedy called Stuber, which has a finished script, was picked up by Fox. According to The Hollywood Reporter, the studios had absolutely no idea about the other project.

Believe that if you dare.

The race is now on as to which film can get to the multiplex first. When it comes to competing comedies on the same topic, nobody wants to come second. This is why everybody remembers Turner & Hooch, but nobody remembers K-9.

FAREWELL TO A DIRECTOR WITH NO TICKETS ON HIMSELF

Daniel never harboured any delusions about his work. Speaking to the Chicago Tribune in 2011, he said: ‘I don’t rank with the greats. I made these (expletive deleted) movies because I could, and because they paid me a great deal of money. Which is not to say I didn’t believe in what I did. But I hold no illusions. I wouldn’t buy a ticket to any of my movies.’

Though it was based on his film, Daniel had no association with the hugely successful MTV Teen Wolf TV series.

It was perhaps inevitable that director Joss Whedon was going to have to say something sooner or later about the demolition derby that was Avengers 2: Age of Ultron. Speaking at the Tribeca Film Festival he admitted:

‘I was so beaten down by the process. Some of that was conflicting with Marvel, which is inevitable and a lot of that was about my own work and I was also exhausted…The things about [the film] that are wrong frustrate me enormously, but I got to make an absurdly personal movie about humanity and what it means in a very esoteric and bizarre ways for hundreds of millions of dollars.’

‘The fact that Marvel gave me that opportunity twice is so bonkers and beautiful, and the fact that I come off as a miserable failure is also bonkers. But not in a cute way.’

THE DEATH OF PRINCE

So soon after the death of David Bowie we’re having to cope with the sudden loss of Prince, another pop icon whose influence strides the decades and whose musical legacy is beyond discussion.

However, like Bowie, Prince also harboured ambitions as a filmmaker that were never fully realised. His Best Song Oscar for his popular film debut Purple Rain (1984) did not foreshadow a smooth cinematic ride.

Though they produced some good songs, his self-?directed films Under the Cherry Moon (1986) and Graffiti Bridge (1990) were terrible, attracting no audiences but drawing much derisive attention from the Razzie Awards.

Prince produced far more material than he ever released, all of which remain in his personal archives. Film director Kevin Smith (Clerks; Chasing Amy) was once commissioned to make a documentary about Prince and discovered through his producer the vast amount of material that remains unseen.

The prospect of this material now reaching the public is, to say the least, tantalising.

The latest Disney mega-movie The Jungle Book topped the chart with a massive $13.8 million take in its first week while Zootopia, another animal-encrusted Disney entertainment, held on to #2 with a $3.3m haul over 329 screens for a five-week total of $24.6m.