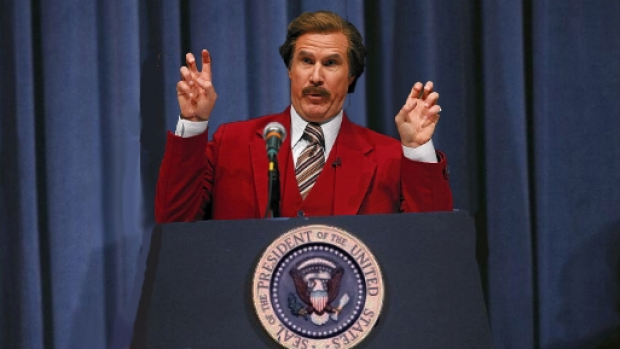 America’s first president George Washington has attracted the attention of Martin Scorsese who is apparently eager to chronicle his prowess on the battlefield in a film to be called The General. Marty will need to move quickly, though, lest he be second out of the gate; Bradley Cooper is presently suiting up for The Virginian, also about Washington.

Hot from her Best Supporting Actress Oscar win for The Danish Girl, Swedish newcomer Alicia Vikander is set to take on the role of female action heroine Lara Croft in the reheated version of Tomb Raider. The role, made famous by Angelina Jolie, will track the early life of Croft and should establish Vikander’s action-movie cred after her upcoming stint in the new Jason Bourne flick.

In what has been touted as an ‘hilarious political satire’, The Hollywood Reporter tells of an upcoming period comedy dealing with Ronald Reagan’s struggle with Alzheimer’s in 1985. In the film, a White House intern is apparently given the job of convincing the freshly re-elected president that he is playing the president in a movie. Will Ferrell has signed on to star and produce the film, written by Mike Rosolio. No word yet on a director or if the film will have a consultant to advise on bad taste.

After the anti-vaccination documentary Vaxxed: from Cover-Up to Catastrophe was first accepted then, after protests, rejected by Robert De Niro’s Tribeca film festival, the figure of Andrew Wakefield, the British medico on whom the film is based, has been generating a lot of controversy. And now, says Variety, he’s getting a full-blown movie made about him, with screenwriter Terry Rossio (he wrote much of the Pirates of the Caribbean franchise) at the keyboard.

Wakefield caused much fuss in 1998 with a report that linked vaccinations with autism. It was later discredited and, in 2010, he was removed from the UK medical register.

In a statement, Rossio said: ‘Dr Wakefield is clearly a polarising figure, reviled by the general public yet also revered by many. The details and drama surrounding his life are even more remarkable than generally known.’

The feel-good underdog hero film Eddie the Eagle debuted at #2 with an impressive $3.7 million on 376 screens, its preview-buffed first-week figure clocking in at $4.3m. It was quite a feat, but not quite enough to topple the almighty Jungle Book, which took another $8.3m on 557 screens for a massive two-week total of $22.06m. Remarkably, the film saw a small 11% average audience drop, about a third what you’d expect.