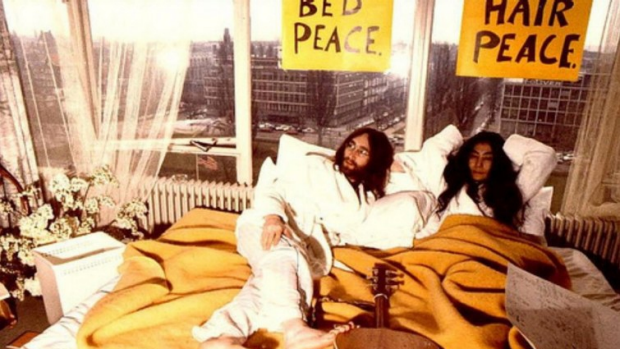 FAST & FURIOUS HEADS FOR THE STAGE

In what promises to be an interesting experience for those in the front row, the multi-billion dollar Fast & Furious franchise is set to follow in the steps of The Lion King and Bullets over Broadway and hit the boards. Details are thin, but the producers (who also did the Top Gear live gigs) promise an immersive experience that will leave no petrolhead displeased. Most likely to boast a new cast, there’s no word yet on whether it will be brave and go down the musical route – but imagine the arias possible as Toretto laments the loss of Letty, or as cars leap from skyscraper to skyscraper.

It was sad when Jack Nicholson told us in 2013 that he was giving up acting because it was getting hard for him to recall his dialogue. However Variety reports that the 79-year old actor is keen to hit the screen again in an American remake of the Oscar-nominated German comedy Toni Erdmann, a three-hour comic opus that tells of a music teacher who creates an elaborate alter ego in order to get close to his estranged daughter. On Nicholson’s strong urging – he loved the film – Paramount is set to remake Erdmann with co-star Kristen Wiig, with the original film’s writer/director Maren Ade serving as an executive producer (she apparently has no interest in writing or directing the remake). Nicholson’s last major film was the comedy How Do You Know in 2010 and, technically, he has never been off the market.

Making good on the notion of striking when the iron’s hot – especially after it’s been frosty for about a decade – director M Night Shyamalan had hinted his next film will be a sequel to his runaway hit psychological thriller Spilt. The film, which stars James McAvoy as a person with 23 different personalities, has taken more than $US143million, which is big bananas in any language, but especially impressive against the film’s relatively puny $US9m budget. (Figures from Box Office Mojo.) Shyamalan has announced via Twitter that he already has an 11-page outline. If he ends up scratching for ideas, how about a film about somebody with 23 personalities that are almost identical, their main differences being relatively trivial things, such as their favourite colour or whether they like butter on their sandwiches. Just trying to help.

SONY ON THE BACK FOOT

Some years are good, others not so much. Just a few years ago – 2012 to be precise – Sony was at the top of the studio heap thanks to James Bond and Spider-man, but a string of flops including Pride & Prejudice & Zombies, Ghostbusters and Inferno have combined with plummeting sales of DVDs and Blu-rays to warrant a $1 billion write down of its film division. With the popularity and convenience of streaming chomping its way through the home movie market by making films and TV shows available at a fraction of the cost of a disk, Sony is looking to more investments in shows such as The Crown. Streaming is a big topic of conversation in Hollywood right now: last year it out-stripped disk sales for the first time.

Everywhere you turn these days there’s another biopic in your face demanding some love. The latest one to get the green light will deal with the divisive, headline-grabbing romance between Beatle John Lennon and artist Yoko Ono. To be produced by Ono, the film will cover Lennon’s split from the Beatles, his coupling with Ono and his murder in 1980. Writing the screenplay is Anthony McCarten (The Theory of Everything); producing the shebang is Michael De Luca (The Social Network; Fifty Shades Darker; the Oscars telecast) There’s no title as yet, but it’ll be a deep film, says De Luca: ‘The story will focus on ripe and relevant themes of love, courage and activism in the U.S. with the intention of inspiring today’s youth to stand up for and have a clear vision for the world they want.’

The Australian drama Lion continued its remarkable run at the local box office by remaining atop the charts for a third weekend with a haul of $3.06 million across 270 screens for a total of $16.2m. The last Australian film to win three weekends in a row was Crocodile Dundee in 1986. Lion registered a modest average audience drop of 27%. Its nearest threat was the searing docu-drama Patriots Day (#3), which took a respectable $1.19m on 242 while the thriller Split remained at #2 with a $2.3m haul on 291 screens for a two-week total of $7.25m.