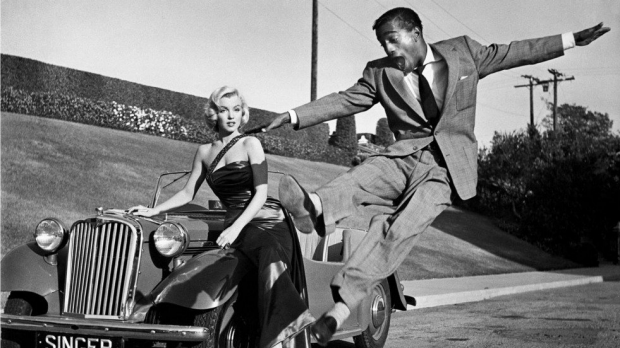 While the new film from M Night Shyamalan, Split has been earning rave reviews for James McAvoy’s remarkable performance as a villain with multiple personalities, the film has been slammed by SANE Australia.

‘Both the media and film industry must take responsibility to ensure that depictions are more fair, accurate and balanced,’said SANE Australia CEO Jack Heath.

As touchy an issue as it is, the point needs to be made that Split is fiction, it’s not a documentary. Just as you wouldn’t study Jurassic World if you wanted to learn about paleontology, nobody in their right mind would seriously consult a fantasy film for facts about the realities of mental illness. That’s why they call it ‘artistic license’.

In what will no doubt be another leap forward for gender equality in the movies, Variety reports that Anna Kendrick (Pitch Perfect; Twilight; Up in the Air) will appear in a new film by rom-com expert Marc Lawrence (The Rewrite; Two Weeks Notice; Miss Congeniality) as Nicole Claus, daughter of Santa. Titled Nicole, the Disney story (really, who else?) follows her taking over the family business when her dad retires. Here’s hoping there’s at least one song or vampire slaying in it.

In a more questionable move by Disney, the studio is eager to cast former audience magnet Will Smith to star in Tim Burton’s live-action remake of the 1941 classic Dumbo. Given that the animated elephants were the stars of the original, having Smith appear centre stage might put the willies into the hearts of purists. And it’s some show of faith in Smith’s ability to sell tickets. Smith’s only hit of late was the ensemble Suicide Squad, having tanked with After Earth, Focus, Concussion and Collateral Beauty. We pray this move works, because we’d love him to do a Hancock 2.

And in what will likely be a career peak, Patrick Stewart (Captain Picard in Star Trek: The Next Generation) will appear (voice only) in The Emoji Movie as none other than the ‘poop’ emoji. It must be making him feel how all that Shakespeare was just so worth it.

It’s taken long enough but Lionel Richie’s dream of a Sammy Davis biopic, based on the 1965 memoir Yes I Can, is about to come true. The project has had to withstand disagreements between Davis’s  five children and court cases involving rival film projects. One of the most talented entertainers to hit Las Vegas in the 1950s and 60s, Davis was part of the Rat Pack with Frank Sinatra and Dean Martin. He helped break down race barriers when he refused to perform at segregated venues. A self-shaming chain smoker, he died in 1990 of throat cancer. Don Cheadle won an Emmy for playing Davis in the 1998 film The Rat Pack.

Despite increased policing and threats of legal action, the pirating of major Hollywood films that sometimes sees them available to downloaders before they’re released in cinemas shows no signs of abating. According to Torrentfreak, the ten most pilfered films in 2016 were:

The stats for the number of women making big movies has never been great, but the latest annual report from the centre for the Study of Women in Television and Film from Sandiego Starte University shows that of the 250 top films in 2016, only 7% has women behind the cameras – a 2% drop from 2015.

And don’t expect these figures to change much soon. The films that rake in the huge grosses tend to be directed at men, and so are typically directed by men. The slow rise of female leads in big films, ala Star Wars, might be signalling that a cinematic seachange is on the way. Just don’t hold your breath.

The haul of the sci-fi film Passengers (#4)continues to mystify. It took an other $2.8m across 296 for a huge two-week total of $12.2m. Not bad for a film about two lonely people stuck on a giant, empty spaceship.