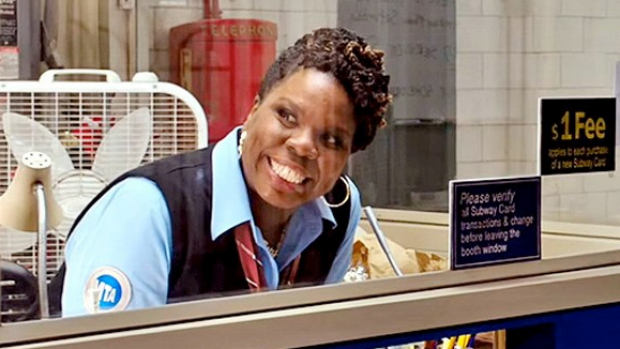 Signs That Twitter is Full of Idiots – Part 364: The hatred roused by the Ghostbusters trailers has been duly doused by the film’s healthy $80 million worldwide take in its first week of release. So all that hate did not translate. But rather than douse the hatred, the film’s success appears to have merely forced all that hate to seek refuge on Twitter where it chose to target black actress Leslie Jones who promptly found herself the subject of racial abuse. She had to take a few days off because of the stress, but returned after a few days.

As well as director Paul Feig and co-star Dan Aykroyd jumping in to support her, fans kicked in with the hashtag #LoveForLeslieJ. Twitter was also put out by the vile conduct. It banned high-profile right-wing commentator Milo Yiannolpoulos (of the website Breitbart) for his remarks and in a statement proclaimed:

‘This type of abusive behavior is not permitted on Twitter, and we’ve taken action on many of the accounts reported to us by both Leslie and others. We rely on people to report this type of behavior to us but we are continuing to invest heavily in improving our tools and enforcement systems to prevent this kind of abuse.

‘We realize we still have a lot of work in front of us before Twitter is where it should be on how we handle these issues.’

Interesting comment given how so many high-profile former lovers of Twitter – Stephen Fry, Lily Allen, Megan Fox, Sinead O’Connor, Adele – have abandoned the platform because of troll infestation and its descent into the sewer of abuse.

The crowd-pleasing director responsible for such hits as Pretty Woman, The Princess Diaries, Runaway Bride, Frankie and Johnny and Beaches was also a prolific TV writer, with credits stretching back to The Dick Van Dyke Show, The Joey Bishop Show, The Lucy Show and The Odd Couple.

He also created the mega-hit Happy Days, its spinoff Laverne and Shirley (starring his daughter Penny Marshall, who also went on to become a director), and Mork & Mindy, starring Robin Williams. Deep in his formidable CV is the writing credit for the classic 1972 western comedy Evil Roy Slade.

Marshall was also a prolific bit-part comedy actor. One of his most memorable scenes was as the Desert Inn casino manager in the 1985 Albert Brooks comedy Lost in America. (https://www.youtube.com/watch?v=3Eh8lDJpwZc)  In the scene, an ex-advertising executive who has woken up to find that his wife has just lost their life savings, tries convincing him to return their money. Marshall’s mastery of straight face is a fitting tribute to the gift of comedy that graced his legendary career.

The Idris Elba action film Bastille Day has been taken off French screens at the request of its maker StudioCanal. Released for Bastille Day, the film tells of an ex-CIA agent battling terrorists in France. At first only posters and trailers were pulled before the studio realised the full gravity of the terrorist atrocity in Nice, which claimed 84 lives when a Tunisian man drove a truck into crowds celebrating the day.

Here’s a laugh: movie admission prices in America have apparently hit an historic high of – wait for it! – $8.73! In Australian dosh that’s a whopping $11.23. Is there anyone old enough who remembers when movie tickets in Australia were that low? You need to go back to the 1980s. We still pay through the nose for our films, with a single ticket sometimes costing about $25 with all the add-ons of 3D and big cinema screens. It serves as a testament to how much we love our movies.

BOND WATCH SET TO CLEAN UP

Author Ian Fleming made very clear in the James Bond adventure Casino Royale that he couldn’t wear any old watch, ‘it had to be a Rolex‘. That lead to a classic piece of product placement in 1969’s On Her Majesty’s Secret Service in which George Lazenby prominently wore a specially made, though not especially expensive, Rolex. That watch is now set to earn about $300,000 when it goes up for auction, complete with certificate of authenticity. It’s another example of the Movie Midas Touch, whereby everyday objects acquire huge value just for being touched by the magic of movies.