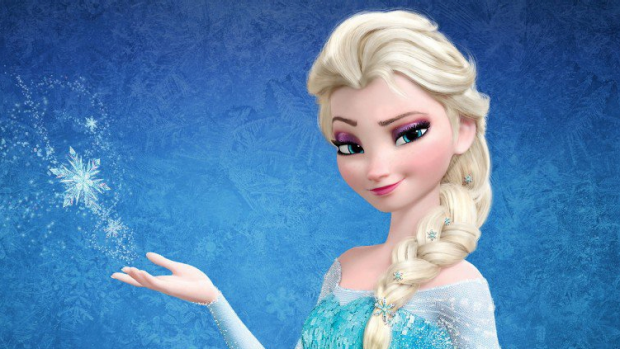 In another example of Michael Fassbender’s love of dark characters – his work in 12 Years a Slave remains chilling – he’s all set to portray Austrian serial killer Jack Unterweger, who became famous as a writer while in prison for murder. Released after 15 years he took to crime reporting, while also becoming a serial killer. Reports Variety, the film Entering Hades, based on the book by John Leake, will show how his writing won the support of public figures who helped get him released, and how his media career often had him reporting on his own crimes.

Oscar-winning director Michel Hazanavicius (The Artist) is set to make a fact-based romantic comedy about legendary icon of the French New Wave Jean-Luc Godard (who is still with us, age 85). Called Redoubtable and starring Louis Garrel as the young Godard, the film is based on an autobiography by Anne Wiazemsky, who was married to Godard. As influential as Godard was, the filmmakers apparently promise to have some fun with the French New Wave.

MORE GAYS IN THE GALAXY, PLEASE

However much you enjoyed the latest Star Wars film, you might well have noticed how few openly gay characters there were in it. Same goes with a whole slew of other Disney films released in 2015, such as The Good Dinosaur, Inside Out, Big Hero 6, Cinderella and Tomorrowland.

It seems that Disney has failed something called the ‘studio responsibility index’ set up by GLAAD, the Gay and Lesbian Alliance Against Defamation, according to The Hollywood Reporter.

The other big studios also didn’t make the grade. Fumed Sarah Kate Ellis, CEO and president of GLAAD: ‘Too often the few LGBT characters that make it to the big screen are the target of a punchline or token characters. The film industry must embrace new and inclusive stories if it wants to remain competitive and relevant.’

To address the last bit of that quote: you can bet the farm that as soon as a major studio feels that it is losing its relevance and competitive edge because of a lack of LGBT characters in its movies, it’ll respond very quickly.

Pressure groups such as GLAAD need to chill. Change will come, but different mediums move at different paces.

Television has often registered social changes before they are later reflected in cinema, and the representation of LGBT characters is a perfect example. (While too few are willing to acknowledge his pro-gay contribution, the great producer Aaron Spelling championed the inclusion of gay characters in his TV shows long before it was fashionable.)

Any LGBT characters also have to make sense within the film. Gay Sith Lords in Star Wars? Why not? But is anyone seriously lambasting The Good Dinosaur because it doesn’t have a transgender character in it?

And while the campaign to give Frozen’s Elsa a girlfriend in the upcoming sequel has generated some predictable heat online – check out #GiveElsaAGirlfriend – it’s unlikely to occur given the explaining parents would have to subsequently do to their six year-old daughters who thought they were dressing up as princesses for their friend’s birthday party. ‘You’re not just a princess, honey, you’re a lesbian princess.’

Can’t see it. And the more you think about it, the sillier the idea gets. Besides, can’t we let kids have a childhood without imposing adult agendas about sexual politics upon them? Cripes.

Nothing speaks louder than the bottom line in movies, so the challenge is there for LGBT characters to prove themselves popular in the multiplexes.

To that end, imposing an arbitrary index to the studios is largely meaningless. Rather, filmmakers invested in the issue should take on the creative onus and accept responsibility for creating such characters and making them hit big with audiences.

In other words, don’t tell a studio to LGBT-ify its slate. Instead, write or, better still, make the type of film you think they should make. Then sell it to them.

And to give props where they are due: Harry Potter and James Bond are two titanic franchises that have recently incorporated gay characters in their narratives.

It signals major change – but there’s little point in demanding such change immediately, as that tactic has never worked where movies are concerned.

MOTHERS TAKE ON THE MULTIPLEX