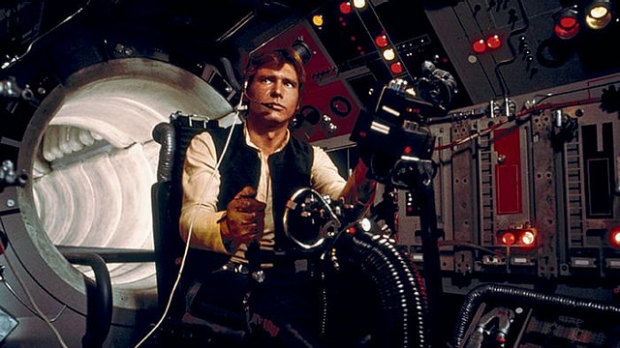 In her autobiography Around the Way, Empire actress Taraji P Henson, 46 (a little early, what?) has a good ol’ gripe about a bunch of stuff, most prominently how she apparently got a mere 2% of the pay Brad Pitt got for The Curious Case of Benjamin Button. On top of that, she had to fork over her own green for three month’s worth of hotel expenses during the location shoot on the film, which earned her an Oscar nomination. It’s a small news item getting a lot of attention at a time when ‘diversity’ is the PC buzzword of the minute.

But context, please. Henson also says she was down and out and about to sell her stuff at a garage sale when Benjamin director David Fincher called her in to discuss the part. And the role did come with a six-figure salary ? no exact figure given – for a few months? graft. So, presumably, there’s a ‘thank you’ somewhere amidst all the carping.

The Disney-owned Foodles Productions has been whacked with a hefty $2 million fine over safety breaches after Harrison Ford was severely injured by a hydraulic door on the set of Star Wars: The Force Awakens. The judgment made clear how serious the injuries were and how close the door on the Millennium Falcon came to killing Ford. To his credit, Ford fumed about the incident on the Jonathan Ross show. (Check it out: https://www.youtube.com/watch?v=N2XdRxHqvnI)

After impressing everybody with her turn opposite Ryan Gosling and Russell Crowe in The Nice Guys, up-and-coming Aussie teen actress Angourie Rice has scored another big role as part of the ensemble in Sofia Coppola’s remake of the 1971 Clint Eastwood/Don Siegel film The Beguiled. Others in the cast include: Nicole Kidman; Kirsten Dunst; Elle Fanning; and – oh no! – Colin Farrell. The Civil War story, based on the novel by Thomas P Cullinan, tells of a wounded Northern soldier who is taken in by a Southern all-girls school and hidden from the Confederates. We pray against hope Coppola honours the original and elicits a great performance out of Farrell.

Angourie Rice will soon be seen in the Australian film Jasper Jones.

DANIEL CRAIG WANTS TO BE BOND!

Hot from the ‘We’ve Heard Enough About This’ Department comes the news that current James Bond Daniel Craig would be happy to make another 007 film. ‘As far as I’m concerned, I’ve got the best job in the world. I’ll keep doing it as long as I still get a kick out of it; If I were to stop doing it, I would miss it terribly.’

Hopefully, this will be the last Bond news we hear until they find a newer, better one.

Exciting casting news: Michelle Williams is set to star in a Janis Joplin biopic based on her sister Laura’s book Love, Janis, which is composed of letters between the two. Don’t confuse this with the long-awaited, unlikely-to-be-made Joplin biopic Get It While You Can, which was to star Amy Adams. The film is apparently stuck in a murky pit of legal quicksand.

DISNEY PLANS ITS OWN ?DON QUIXOTE?

Good luck and Terry Gilliam have never had a good relationship, and here?s the latest example. Just at the point where Gilliam?s tortured, forever-delayed, disaster-magnet production of Don Quixote inches ever-closer to actually getting made, Disney has just announced it plans its own version of the Cervantes classic about the self-appointed 1600s knight who tries reinstating old-style values of honour and bravery to the world, with his trusty sidekick along for the ride. There?s no director assigned yet but noted screenwriter Billy Ray (The Hunger Games; State of Play; Breach; Shattered Glass) is apparently working on a screenplay designed to hopefully spawn ? you guessed it ? a franchise.

‘GIRL’ RAIL ROADS TO THE TOP

Unsurprisingly, the trashy melodrama Girl on the Train pulled in at #1 (for the week ending Wednesday 12 October), taking $5.3m on 272 screens while the exploding oil rig film Deepwater Horizon (#3) earned a healthy $2.2m on 254. The Magnificent Seven (#5) had a rough second week. Its figures were fine – $1.8m on 325 for a total of $6.8m – but it registered an audience average drop of 62%, which is about double the norm.