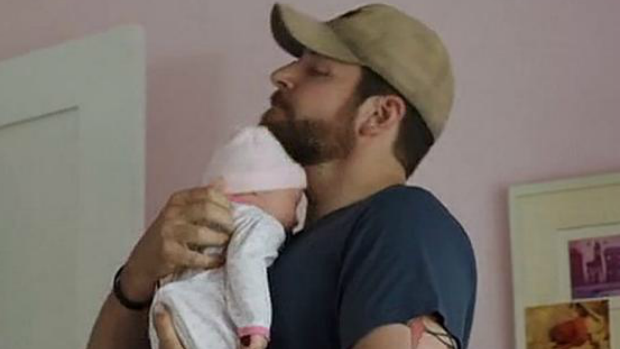 It might have taken $550 million at the global box office, but the one thing some people only want to talk about when it comes to Clint Eastwood’s American Sniper is that fake baby star Bradley Cooper had to cradle. He even tried bringing it to life by moving its little arms and legs. Appearing Ellen this week, Cooper laughingly confessed to host Ellen DeGeneres that he ‘couldn’t believe’ they had to use a fake baby instead of a more troublesome real one. Looking at the clip from the film with the audience, Cooper wisely commented how ‘the suspension of disbelief is massive!’

STUDIOS PULLED UP FOR BAD CAPTIONING

Most studios are good about subtitling their product for the hard-of-hearing, but a rash of films that neglect to caption song lyrics has landed Universal, Paramount, Disney, Fox, Warners, Netflix and Sony in hot legal water for apparent discrimination. Unlike most protests to movie studios, however, this partcicular issue is likely to be resolved very promptly because (1) avoiding bad press is a Hollywood commandment and (2) it’ll cost almost nothing.

After an intense bidding war Paramount has won the rights to Battle for Alcatraz, a film about the 1946 escape attempt from the infamous prison (located in the middle of San Francisco Bay). The break out, initially involving six prisoners, got so out of hand it lead to the inmates gaining access to the jail’s armoury, which lead to the marines being called in. This will be the first time the event will get a film of its own, having featured in Jules Dassin’s 1947 film noir Brute Force and John Frankenheimer’s 1962 classic Birdman of Alcatraz.

Though it’s still two months from its 17 December release, everybody knows by now that Star Wars: The Force Awakens features an Imperial stormtrooper played by black British actor John Boyega. What the world now also knows is that his casting has been seized upon by some elements of the Twitterverse who have accused the film of pushing an ‘anti-white’ agenda, fronted by its ‘Jewish activist’ director JJ Abrams.  The call for a boycott, however, was promptly drowned out by a predictable pro-Star Wars backlash. Yet more proof, ladies and gentlemen, that Twitter is full of idiots.

‘THE WALK’ STUMBLES AT MULTIPLEX