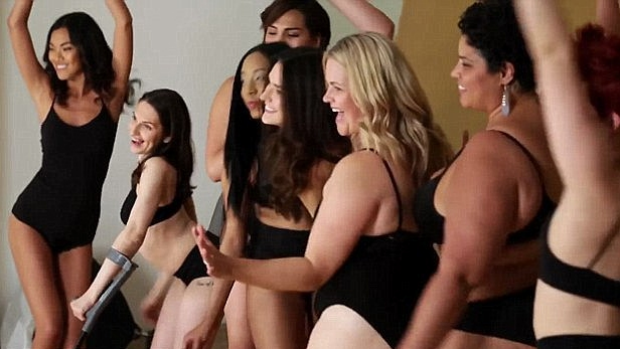 MORE WILLY WONKA ON THE WAY

Given how much the late Gene Wilder, who passed away on 29 August, disliked Tim Burton’s 2005 version of his 1971 film Willy Wonka  & the Chocolate Factory, (in keeping with the Roald Dahl book, Burton called it Charlie & the Chocolate Factory, and it did go on to take $475 million in cinemas) one wonders how he might have reacted to the news that Wonka is to become a franchise star. That’s the plan being cooked by series-spanning Harry Potter producer David Heyman and writer Simon Rich (Secret Life of Pets). Apparently Warners has negotiated with the Roald Dahl estate to produce a series of stand-alone adventures set before the original film. No cast has yet been set.

Sometimes the small victories are the most heartening. After spending two arduous years making her body image documentary Embrace – which challenged the media-moulded notion of how women should look – Adelaide director Taryn Brumfitt was furious when her educational film was slapped with an MA rating, all over a couple of seconds of footage. That pretty much locked out the audience she intended it for. Transmission Films  appealed the decision – and the Classification Review Board agreed. According to a press statement, the consumer advice ‘strong nudity’ has been bumped down to ‘nudity’ because of the context. It also makes the point that while films classified M aren’t recommended for persons under 15, ‘There are no legal restrictions on access’. Brumfitt herself is thrilled. Embrace has taken more than $700,000 since its August release.

See, folks? The system might not be perfect, but it does work.

Ever the adventurer, Leonardo diCaprio is hotly chasing the rights to the Beth Macy book Truevine: A True Story Of The Jim Crow South. Set in 1899, it tells of two black boys kidnapped and turned into world-famous circus freaks while their mother, totally unaware of their fame, searches for them. Sounds like something the daring actor would eat up. For those wondering, Jim Crow was a blackface theatrical caricature created in the early 1800s, and the name came to represent Southern segregation laws imposed in the post-slavery era, some of which lasted until 1965.

Diversity Alert: Hackles have been raised over Sony’s appointment of white director Alex Graves (Homeland; Shameless; Bloodline; West Wing; Game of Thrones) to steer the live-action version of the Mulan story (nothing to do with Disney’s plans for its live-action remake of its animated film). The film is a Chinese co-production and will have a Chinese lead, but we know that’s not enough to stop the usual PC heat.

The silliness of such protests is too easy to illustrate. Hidden Figures, a film about the black women who helped NASA get its maths straight so they could go to space, is coming out soon. Its cast of African American actresses include Taraji P. Henson (Empire: Benjamin Button) and Octavia Spencer (The Help). The director is Theodore Melfi (St Vincent), a Brooklyn-born white male of Italian descent. To follow the logic, they should destroy the film and remake it with a black director. It’s nuts.

And if you want to get started on all the great films about black people directed by white people you can start with Stanley Kramer (The Defiant Ones; Guess Who’s coming to Dinner) and line them all up until you get to Gary Ross (Free State of Jones).

If you argue that a film director must share the race of his subject you are negating equality by putting race before merit. This is the very definition of racism.

So, question is: will we ever stop hearing this stupid argument come up?

Inferno – Ron Howard’s latest adaptation of a Dan Brown religio-thriller – took a holy $2.9 million on 384 screens in its opening week. Alas, it had to settle for #2 as it was not enough to unseat Girl on the Train, which took another $3.5m on 278 for a two-week total of $9.3m.