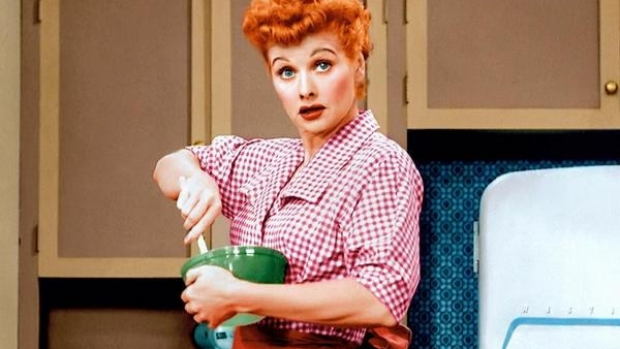 In a genuinely exciting piece of casting news, Oscar-winner Cate Blanchett is set to portray legendary American comedy powerhouse Lucille Ball in a biopic to be written by Aaron Sorkin (A Few Good Men; The Social Network; Steve Jobs; The West Wing). The film, to be produced by Ball’s children Lucie and Desi, will focus on her marriage to Cuban musician Desi Arnaz and their setting up of the powerful Desilu studio, which produced the culture-changing sitcom I Love Lucy, as well as classic programs such as Star Trek and Mission Impossible.

Along with people such as Jackie Gleason (The Honeymooners), Ed James (Father Knows Best), Dick Conway (Leave It to Beaver) and Phil Silvers (The Phil Silvers Show with Sgt Bilko), Ball helped establish the sitcom format in the 1950s.

After riding a huge wave of critical adulation and a not-quite-so-huge wave of box office receipts, Mad Max: Fury Road has been voted Best Film of the year by the International Federation of Film Critics (Fipresci). The film could do with the ego boost: despite deep love from critics, the $150m film took a middling $375m worldwide. Now out on disk, the film is looking to make a huge home entertainment dent, with a box set of all four Max films likely to arrive in time for Christmas. (That’s a guess.)

While spruiking his latest 007 novel Trigger Mortis, official James Bond author Anthony Horowitz was hounded for a passing remark he made about the notion of black British actor Idris Elba playing 007.

‘For me, Idris Elba is a bit too rough to play the part. It’s not a colour issue. I think he is probably a bit too ‘street’ for Bond,’ he told the Daily Mail, clearly referring to the character Elba plays in the TV series Luther.

As usual all hell broke loose, prompting Horowitz to promptly apologise. ‘I’m really sorry my comments about Idris Elba have caused offence. That wasn’t my intention. I was asked in my interview if Idris Elba would make a good James Bond. In the article I expressed the opinion that to my mind Adrian Lester (Hustle, and who is also black) would be a better choice, but I’m a writer not a casting director so what do I know?’

To his credit, Elba remained above it all by responding with a simple, friendly message to Horowitz: ‘Keep smiling.’

Another slice of PC nonsense.

WILLIS OUT, CARELL ON WOODY PIC

Steve Carell (The Office; The 40 Year Old Virgin) has stepped in to make up for the loss of Bruce Willis (Moonlighting; Hudson Hawk) from Woody Allen’s latest film set. Nobody knows why. It might have something to do with Willis wanting to focus on his Broadway project, a stage adaptation of Stephen King’s Misery.

‘CATCHER IN THE RYE’ BIOPIC

The refusal by late author JD Salinger, who died in 2010, to sell the film rights to his most famous work The Catcher in the Rye – even Steven Spielberg was turned down – has long deprived us of a movie version of the novel. And we’ll all have to wait until 2080 when it passes into the public domain. Still, that won’t stop filmmakers making films about the writing of the book.

Actor Nicholas Hoult (Warm Bodies) is up to play the reclusive author in Rebel in the Rye, which sprouts from JD Salinger: A Life by Kenneth Slawenski. A superb, though widely reviled 2012 doco called Salinger got uber-producer Harvey Weinstein interested in developing a similar project, but that’s now apparently sitting near the bottom of his ‘to do’ pile.

Star of The Love Bug, Other People’s Money and The Shaggy DA, Dean Jones, has passed away, age 84 of Parkinson’s disease. In the 1978 film Born Again, Jones played Watergate figure Charles W Colson, the special counsel to President Richard Nixon who pleaded guilty and went to prison where he found God.