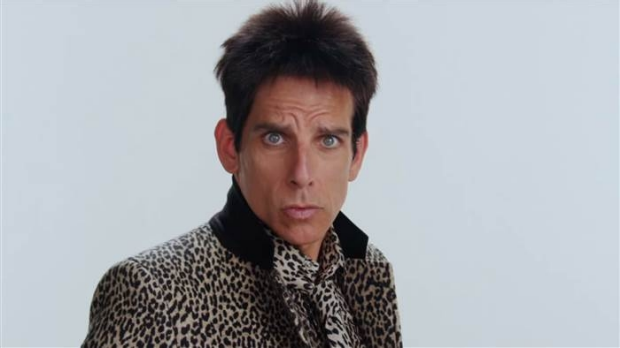 After 15 years in deep freeze, writer/director/star Ben Stiller thaws out his beloved, pea-brained male model Derek Zoolander for a belated sequel and, in the face of the cosmic odds against it, it’s quite a fun lame-brained laughfest.

When you think of how terrible a Zoolander 2 could have been (as is the case with all sequels) it’s a delight to see how funny, facile and, most importantly, stupid Zoolander 2 is.

While the idea behind most sequels is to strike while the iron’s hot and pump them out quickly to cash in on the original’s popularity, Stiller has embraced the contrary notion of striking while the iron’s cold, playing up on how dated and quaint Zoolander now appears in the real world.

Having isolated himself from the world for 15 years – apart from a Netflix subscription – Zoolander returns to society in pursuit of his ‘orphaned’ son who is at the centre of a plot so crazy one wonders if Stiller is a secret lover of late-1970s James Bond movies.

With regulars Owen Wilson and Will Ferrell in tow, Zoolander 2 is precisely as big, brassy and comically over-cooked as it is supposed to be to justify its existence and satisfy its legions of fans who turned the original 2001 film – a modest hit by any measure – into a modern classic.

There are the usual stabs at the fashion world – the best coming via the wonderfully wired performance by Saturday Night Live regular Kyle Mooney as super-confident, mentally scrambled, self-contradictory fashion hipster Don Atari – as well as the signature stream of gags playing on Zoolander’s cluelessness and limited mastery of English.

How the film sits in Stiller’s filmography is intriguing. Coming immediately after his heartfelt, inventive adaptation of the James Thurber short story The Secret Life of Walter Mitty – a reasonably sized hit that took about $190m – Stiller is clearly maintaining his interest in high-profile satire (Cable Guy; Tropic Thunder) while making room for more downbeat works, such as Mitty and While We’re Young. It’ll be fascinating to see what his CV looks like in 15 years’ time when Stiller comes out with Zoolander 3.

As for the place Zoolander 2 occupies in cinema history, there is less to ponder; it proudly carries on the long, venerable tradition of American knucklehead humour, the appeal of which seems to be as timeless as the power of ‘Blue Steel’.

There’s no denying the seductive sweetness and gentility at the heart of this seemingly innocent, romantic tale of homesickness, lovesickness and seasickness.

On the verge of womanhood, Irish girl Eilis Lacey (Saoirse Ronan) leaves her picturesque little village and embarks on a vomit-inducing sea voyage that lands her in the grander streetscapes of 1950s New York.

Bedding down in a colourful boarding house run by a lovable old maid called Madge (Julie Walters, perfectly cast), she is set up with a job and develops a clutch of friends before promplty falling in love with nice local Italian boy Tony (Emory Cohen) who happens to have a thing for Irish girls.

It’s a pleasant, unremarkable, untroubled relationship that grows so strong she forgets about her homesickness and he no longer cares whether his beloved Dodgers baseball team win a game.

They seem set for life when Eilis is suddenly called back home to attend a funeral.

And it’s here, in the film’s third act, where the story’s rather innocuous tone takes a prickly turn.

Now homesick for the home she’s made in New York, her old home starts pulling her back, as though tendrils have sprouted out of the ground and have starting wrapping themselves around her ankles. Once shy and impressionable, does Eilis now have the courage to follow her instincts?

It’s a testament to the subtle skills of director John Crowley and writer Colm Toibin (on whose novel the film is based) that the film’s emotional stings come so unexpectedly, which only enhances their potency.

That said, and having seen the film twice, it is some surprise to your humble reviewer just how enthusiastically this low-budget romantic fluff has been embraced and hailed, both in Ireland – where it enjoyed the biggest opening of any Irish film, beating Michael Collins (1996) – and the US, where it’s proved to be a huge arthouse smash.

The film is certainly lovely and well-acted, but the nerve it has obviously hit is not immediately obvious. Perhaps it’s the film’s very modesty – its lack of pretense, grandeur and histrionics – that accounts for its appeal.

In any case, it’s the perfect film for the Valentine’s season, especially the tender scene where Eilis, having dwelled so long at the event horizon of womanhood, finally crosses over.

Just lying around: Ryan Reynolds as the wise-cracking superhero in Deadpool.

In what appears to be an unofficial global apology for his dead-in-the-water performance in the 2011 debacle The Green Lantern, Ryan Reynolds pushes hard on his funny buttons in the try-hard superhero pseudo-send up Deadpool.

Deadpool is a super-powered revenge-seeking guy who, like many superheroes of yore,  is quick with the wisecracks. The chief difference here is that it’s pretty much all he does while engaged in action sequences that vary from the impressive – gotta love the film’s opening titles – to the by-the-book mediocrity that accounts for most of the film’s set pieces.

While consistenly fun, thanks mostly to Reynold’s hyper performance, the film’s rather bold claim to being subversive and  cheeky when it comes to the whole superhero universe wears very thin very quickly.

The hero might well be a self-referencing, over-confident wisenheimer, but the film harks straight from the Marvel movie factory and hence dutifully observes all the genre conventions it is supposed to, particularly the one mandatory scene involving a chase where cars are flipped over by fireballs.

The film certainly doesn’t qualify as being any sort of satire, a claim many will make on the film’s behalf merely because it clumsily refers to itself, with Deadpool often breaking the ‘fourth wall’ and directly addressing the audience.

On that score, films such as Hancock, Kick-Ass and Marvel’s own Ant-Man are far more inventively executed.

As for the humour in Deadpool, a point needs to be made about when it was that sheer vulgarity and watery pop references were regarded as replacements for genuine wit.

We all enjoy coarse humour when delivered with verve and conviction, but not even Reynolds’ energy can paper over just how weak some of the film’s gags are.

To illustrate, this is yet another American comedy that appears to have an obsession with a certain posterior orifice. These can be funny in measure, but here it appears to be the default gag, its constant repetition engendering a certain weariness of both the joke and the film’s alleged novelty.