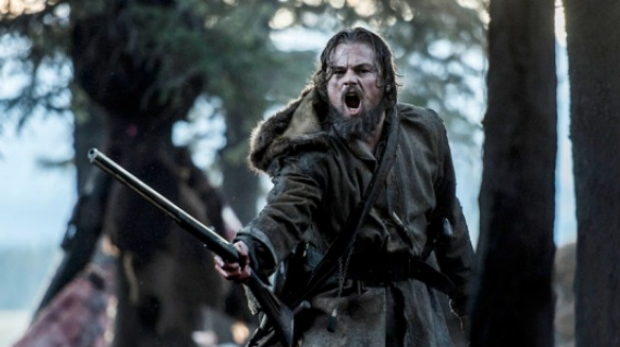 The first few minutes of The Revenant will leave you in absolutely no doubt as to the type of visceral, vivid, immersive, armrest-clutching movie experience you’re in for.

Set in the frost-bitten, unforgiving wilds of the northwest American frontier in the early 1800s, a horde of Native Americans attack a group of fur trappers with a ferocity that will have you ducking for cover.

Think of the opening battle sequence in Saving Private Ryan, but with muskets and arrows.

Director Alejandro G. Inarritu set new cinematic standards for what could be achieved with long single takes in his Oscar-winning film Birdman.

Here he takes the technique several steps further, and the effect is so real you’ll feel your throat tighten. And that’s just the kick-off to what is a powerful, visually stunning, unceasingly raw, unique survival film.

Based on the true story of fur trader Hugh Glass – which was also the basis for the fine, semi-fictionalised 1971 Richard Harris film Man in the Wilderness – the film is driven by a revenge-fuelled quest to survive after Glass (Leonardo DiCaprio) is attacked and all-but-torn apart by a grizzly bear.

It’s a sequence of unparalleled realism and brutality. As with the rest of the film, Inarritu does not shy away when things get wild.

He wants your eyes to be precisely where you might not want them to be and, as with fellow Mexican director Alfonso Cuaron (Children of Men) he instinctively understands how long takes, unbroken by edits, build tension and focus attention.

As with most of the remarkable action scenes in this remarkable film, you’ll find yourself wondering just how it was accomplished, given that Inarritu claims that no digital tools were used to enhance the film.

After the near-fatal attack, Glass’s beleagured fellow trappers, eager to get back to the relative safety of a fortified outpost, work through the odds and figure that hauling their severely injured comrade with them will cost too much time and effort.

So they leave him for dead, which Glass doesn’t appreciate much, thus setting him on a journey across a bitter, hostile and cosmically indifferent landscape.

Put simply, The Revenant is an unforgettable tale of endurance, courage and luck.

The appropriately hard-edged performances from the all-male cast are delivered in gasps, grunts and shouts from beneath thick layers of fur-lined coats and through thick beards, rendering some of them unrecognisable.

Tom Hardy, for instance, is apparently in the film somewhere. Once more, DiCaprio excels. Dodging arrows, traversing mountains, running – and often swimming – for his life, he again proves himself the most daring, challenging, unpredictable and versatile actor of his generation.

Aside from him, the main star of the film is cinematographer Emmanuel Lubezki (Oscar winner for Birdman and Gravity) who combines the close-up immediacy of extreme-sports cams (something we also saw in Ron Howard’s In the Heart of the Sea) with daring tracking shots and long takes that create scenes of unrelenting, savage power.

Brace yourself for The Revenant. It’s an extraordinary film experience.

And watch for it come Oscar time.

Two of a kind: Tina Fey (left) and Amy Poehler team up for the party comedy lark Sisters.

In what can be taken as an extended and belated apology for their woeful 2008 comedy Baby Mama, funny femmes Tina Fey (30 Rock) and Amy Poehler (Parks and Recreation) team up as sisters for another girls-behaving-badly slapstick comedy.

With a few coming-of-middle-age themes thrown in to give the lark a bit of body (a la Trainwreck), the pair ham it up big-time as they plan a big party to mark the sale of their childhood home by their parents (James Brolin, Dianne Wiest).