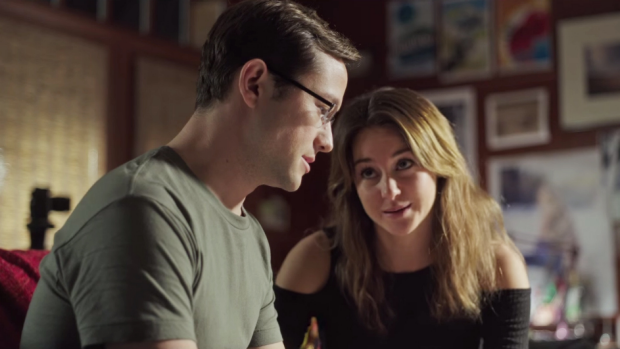 Many people might harbour doubts over the actions of Edward Snowden, the US official who, in 2013, decided to do his own Wikileaks-like data dump and reveal to the world how closely his government can keep track of its citizens.

Some consider him a hero; others, a traitor. Still others can’t quite decide, thinking Snowden a mixture of both, a well-intentioned patriot who did the wrong thing.

There’s no room for such ambivalence in the vision of director Oliver Stone, who in his sprawling, highly selective, undeniably compelling biopic tracks Snowden (Joseph Gordon-Levitt, in top form) as a frustrated idealist. His ultimate act of revelation is framed as a sacrifice made for the good of his fellow citizens, rather than as a betrayal of national security. Not much screentime is given to any opposing view.

Best known as a controversialist thanks to such great, politically charged films as Salvador, Platoon, Wall St and JFK, Stone did downshift his aggression after 9/11 with such good, if sedate, films as World Trade Center and W.

With its anti-government, pro-privacy agenda clearly visible on its sleeve, Snowden sounds a return to form for Stone. The great thing about that – as his masterpiece of misdirection JFK proved – is that you’re bound to enjoy the ride even if you don’t agree with his viewpoint.

Gordon-Levitt (The Walk; Don Jon; Dark Knight) imbues Snowden with a soulful naivety while Shailene Woodley, as his girlfriend, again proves how good she can be away from a brainless franchise.

Stone has always been a great drama director, using dialogue the way action films use car chases and explosions. And while you might not always understand precisely what is being said – the techno-jargon in the film is unavoidable, sometimes amusing – you’re never in any doubt as to the import and impact of words.

Fun, forgettable school-holiday fodder in which the mythical storks that one delivered babies now deliver parcels. Written and directed by Nicholas Stoller (Forgetting Sarah Marshall; The Muppets; Bad Neighbours) the film’s cental silliness is matched by an ever-increasing pace that even eight-year old kids primed on too much sugar might find hard to follow. An enjoyable, disposable animated diversion.

Outstanding, engrossing documentary about The Beatles’ assault on the American market in the early 1960s and the change it wrought upon the volatile American landscape. Director Ron Howard has mixed lashings of archival footage that vividly conjure the pandemonium of the times with inevitable talking head segments that put the tours into social and musical context. Splendidly edited, there’s not a dull second and includes several revelations many casual fans might not know about, such as the band’s opposition to playing to segregated crowds. A must, especially for those who have so far resisted the allure of The Beatles.