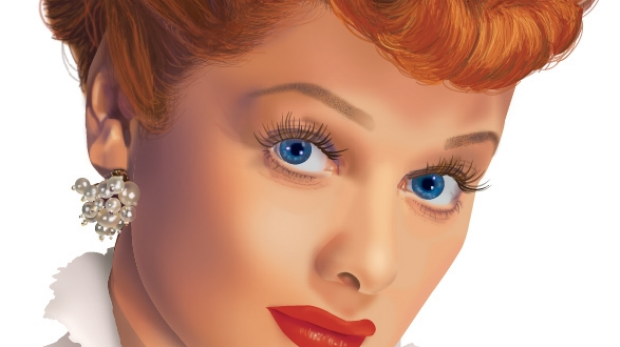 Sure, we all love an erudite, intelligent, sophisticated comedy. But deep in our hearts – and as the funny new Australian comedy A Few Less Men proves – low-brow humour with dumb characters, pratfalls and broad sight gags have an eternal appeal when they’re done right. And beneath all the fun and games these films also have important life lessons to impart. Here’s a list of the best. Please Enjoy.

Two idiot blondes (Mira Sorvino and Lisa Kudrow) try to lie their way through their high-school reunion to hide the fact they are losers. But when the truth comes out they have to figure out a new way to take down the girls who bullied them in the school yard. Moral: Every dumb blonde has her day.

Two idiot stoners (John Cho and Kal Penn) get the munchies after smoking pot and go in search of a White Castle. hamburger. On the way, they actually get involved in a decent story about racial stereotypes. Though White Castle is an actual American fast food chain, the company did not pay a cent towards the production – but loved the free product placement so much it introduced a line of over-the-counter merchandise! Moral: The best things in life really are free.

Two idiot insurance officers (Jonathan Silverman and Andrew McCarthy) discover their boss is corrupt, then find him dead, then have to make everyone think he is still alive so they won’t get killed. An absolute lame-brain premise turned into comedy gold thanks to director Ted Kotcheff and the performance by Terry Kiser as Bernie. Moral: Nothing brings a comedy to life quicker than a dead body that can water ski.

Two idiot slackers (Ashton Kutcher and Seann William Scott) wake up after a heavy night and go in quest of their missing car. En route they stumble into a 1950s sci-fi plot involving rival alien gangs, a Rubik’s Cube that can destroy the Universe and the world’s most annoying drive thru attendant. Moral: Always park in the garage, never in the drive.

Two idiot teenagers (Alex Winter and Keanu Reeves) get a visit from an agent from the far future who helps them pass their history assignment by taking them on a whirlwind tour through time. This ensures the role they will play in securing a peaceful earth. Moral: It is possible to make a good time travel film without involving either a DeLorean or the crew of the Enterprise.

Determined to show his family a good time at the Walley World amusement park, loving father Clark Griswold (Chevy Chase, in one of his funnier films) drives them across the country in a prehistoric station wagon. Things don’t quite work out as planned, especially when Christie Brinkley tries seducing him. Moral: Next time, fly.

Australian larrikin and card-carrying mummy’s boy Barry McKenzie (Barry Crocker) heads to England to show the Poms what culture is all about with the aid of beer, beer and more beer. Moral: The more outlandish a lout’s behaviour is, the more likely it is that he is a virgin.

TV reporter Borat (Sacha Baron Cohen) picks up invaluable tips about how to get unwitting Americans to agree to star in a prank-driven comedy documentary. Crude, offensive and often disgusting, Borat’s naked wrestling scene with his grossly obese manager (Ken Davitian) is an unarguably classic slapstick moment. Moral: Never, ever sign a release form until you’ve seen the final footage.

Two archetypal college nerds (Robert Carradine and Anthony Edwards) turn the tables on the jocks who always pick on them by fighting back. Guess who wins. A favourite film of the Family Guy crew and a cultural touchstone of 1980s film comedy. Moral: High-wasted pants, pocket protectors and white socks are sexy.

At the peak of their TV fame, Lucille Ball and Desi Arnaz proved they could also pull crowds at cinemas with a dopey comedy about newlyweds who buy an over-sized caravan instead of a home. Moral: Of the many great women of comedy, Lucy is still queen.

College dropout (Woody Allen) goes to the Cuba-like Latin American nation of San Marcos, joins the revolution and becomes president. Needing foreign aid, he returns to America wearing a fake beard so nobody will recognise him. Still one of Woody Allen’s funniest films. Moral: The scene where he visits his parents as they perform surgery on an un-anaesthetised patient proves how some jokes just never get old.

A city mayor drops standards to let anybody join the police force. The result: knucklehead comic mayhem that spawned six movie sequels, a TV series and the best scene ever involving the tail end of a horse. Moral: You can still be gross without actually showing a thing.

With John Belushi as the bourbon-swilling college pig, the unashamed vulgarity of this frat-house comedy defined undergraduate humour and championed politically incorrect comedy years before the term was invented. Moral: Pray to God hard enough and a Playboy bunny will drop into your bedroom.

In search of a better life, two idiot friends (Jeff Daniels and Jim Carrey) travel to Aspen to return a lost suitcase – until they discover it is filled with money. Moral: Even morons deserve sympathy, especially when their tongues get stuck to a frozen metal pole.

A bumbling Indian movie extra (Peter Sellers) is accidentally invited to a high-class party where his small mishaps slowly build to all-out chaos, including the mounting of roasted poultry upon a woman’s tiara. With almost no story, director Blake Edwards and Sellers produced a masterpiece of comic precision. Moral: Always double check that door list.