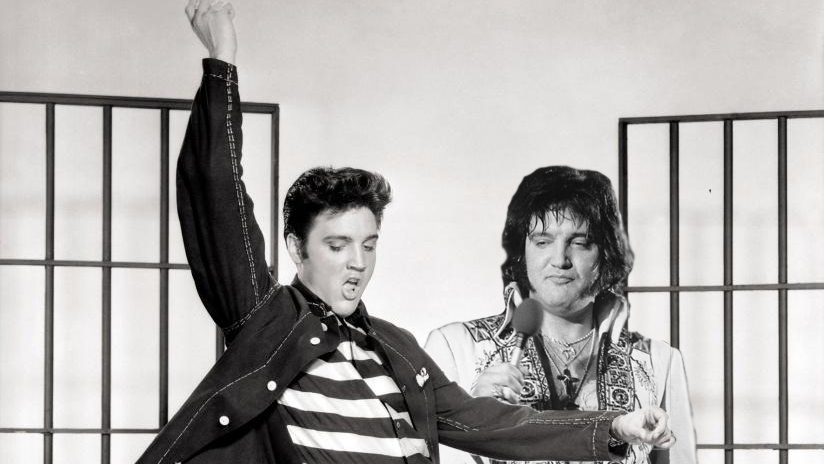 Both tribute and critique, this splendid documentary sees director Eugene Jarecki take Elvis Presley’s gleaming Rolls Royce on a cross-country odyssey designed to delve into the spirit of the man and of the 21st century nation he still holds in his thrall over 40 years after his death. Along for the ride are numerous musicians including Emmylou Harris and actors such as Ethan Hawke, Alec Baldwin and even Mike Myers, who is there to represent the Canadian view. The counter-Elvis view is also aired via Public Enemy as the film considers what kind of American Dream Elvis stood for, and where that dream is today. Fans will love it, though non-fans will also enjoy chewing all the dissing that reflects on his fat phase, his films and Colonel Tom Parker.

A remarkable first feature from Australian  director Alena Lodkina drops a young woman (Kate Cheel) in the remote opal-mining community of Lightning Ridge where she tries reconnecting with her ailing father while trying to sort out which direction her life will head. Directed with a fine eye for stillness and subtlety, the emotional tensions build slowly as she tries figuring out how or if she fits into the very masculine, distinctly Aussie home she is being welcomed into. Terrific performances all around, especially from Cheel and Daniel P Jones (Rain) who plays her no-nonsense father.

With his dulcet voiceover barely a notch above whisper, director Mark Cousins (The Story of Film) guides us on a lateral tour through the life and art of Orson Welles. The focus isn’t so much on his film work – though the importance of works such as Citizen Kane, The Magnificent Ambersons and The Third Man all get their due – but on his private folio of sketches, scribbles and notes, which Cousins cleverly relates back to the movies and the larger-than-life life Welles lead. There’s a decent batch of revelations here, including a visit with his daughter Beatrice. Of special note is a brilliant, largely unheralded quote from Welles, delivered spontaneously in 1981 during a Q&A following a screening of his underrated 1962 classic The Trial. Asked by a young audience member why he so radically changed Franz Kafka’s original ending, Welles states he had to because the book was written before the Holocaust, something he had to redress with the film. “I’m not Jewish. Since the Holocaust, we’re all Jewish.”

In an exacting study of an horrific event, director Nancy Buirski recounts the 1944 pack rape of a black mother in Alabama and the subsequent outcry over the justice system’s unwillingness to take it seriously. Including interviews with many of the participants, or their nearest living relatives, the incident is gradually framed by the growing Civil Rights movement and the emergence of activists such as Rosa Parks who, the film makes clear, was fighting the man tooth-and-nail long before she refused to give up her seat on that bus. Tribute is paid to the importance of black-run newspapers and films in keeping the issue alive for years, and underlies, however unintentionally, the need for alternative media today. The film’s final 10 minutes are especially engrossing.

Here’s a truly diverting, rigourously cliche-averse alt-western from writer/directors David and Nathan Zellner (Kumiko, the Treasure Hunter). Robert Pattinson (Twilight) shines like the gold tooth in his mouth as a naive husband-to-be who arrives in a nascent town in search of his missing fiance (Mia Wasikowska). With a no-good preacher in tow, what he discovers is a little left of what he expected, much like the film itself. Western fans will especially enjoy the deft way genre conventions are turned inside out.