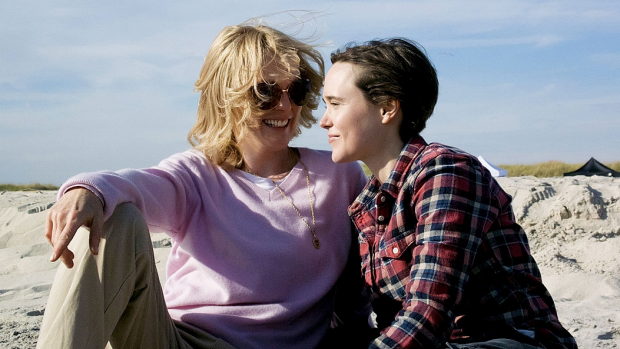 In some very sad and bad news, a funding issue has forced Tropfest founder John Polson to cancel this year’s main event, which was to have taken place in Sydney on 6 December. Talk of legal action is presently heating up.

Now recognised as one of the world’s leading short film festivals, Tropfest began in 1993 in Sydney’s Tropicana cafe and has since evolved into an international franchise with Tropfests in the Middle East, Japan, New Zealand, South East Asia and the US.

Polson began as an actor in such films as The Boys, The Sum of Us and Mission Impossible 2, but is best known now as a filmmaker. His Australian debut  Siam Sunset (1999) lead to Hollywood films Swimfan (2002), Hide & Seek (2005) and Tenderness (2009). He has also enjoyed major success in American TV directing episodes of

Without a Trace, The Mentalist, Blue Bloods and Elementary, on which he also serves as executive producer.

Polson has long cited Tropfest as one of his proudest achievements and the notion of him having to pull the plug on its signature hometown event must be playing havoc with his heart.

‘LITTLE MERMAID’ TO GET REAL

The latest children’s movie classic to get a live-action makeover is The Little Mermaid…but whoa! Wait!

Though Disney has been having a very lucrative time of late doing exactly that, this deal has nothing to do with the studio’s classic 1989 film; it’s a Universal project, a wily way of getting in on the remake action. With Chloe Grace Moretz already signed on and uber-writer Richard Curtis (Love Actually; Warhorse) working on the screenplay, the film promises to go back to the source and deliver something much darker than Disney’s singing sea critters.

After losing director Wes Craven in August the horror genre lost another iconic figure this week with the passing of actor Gunnar Hansen, best-known as Leatherface from the classic 1974 game-changer The Texas Chainsaw Massacre. He was 68 and died of pancreatic cancer. Those wishing to pay tribute should listen to the commentary Hansen provides on the special edition DVD. It might come as a shock to some, but he had the most mellifluous, classically tonal voice.

Ladies & Gentlemen, here’s a ripper cautionary tale straight from the ‘Please Think Before You Speak’ school.

Screenwriter Ron Nyswaner (Oscar-nominated writer for Philadelphia) was accepting an award in Los Angeles at the LGBT Centre’s 46th Vanguard awards, which was honoring him, Jane Fonda and Miley Cyrus. Lily Tomlin and Frances McDormand were also there. The place was packed.

Accepting his award, Nyswaner made a long, passionate speech in which he intimated that his screenplay for the drama Freeheld had been ‘degayed’.

The fact-based film stars Julianne Moore and Ellen Page as a lesbian couple who fight for equal rights over a police pension which is denied them because they are a same-sex couple.

Without naming the film specifically, Nyswaner thundered over surrendering control of the film and how his main characters were ‘turned into lesbians with a lower case ‘l”.

Before a spellbound crowd he proclaimed: ‘We must be careful, as we become mainstream, that we don’t forget we’re the descendants of outlaws and rebels. We must resist the tendency to be degayed.

‘One of my recent gay-themed projects had a lot of potential. But the producers became fearful. The gay characters were idealised. Their edges were smoothed out. The conflict between them was softened…Out of fear, they were normalised. We must remember, and insist that others honour, our history and our very specific gay culture.’

Inside the confines of the plush Hyatt Regency venue and playing to a partisan crowd the speech went down a treat. Once word of it got out into the real world, however, Nyswaner promptly realised the insult he had dealt to the people who had worked and fought for years on the film.

Clearly embarrassed, he contacted The Hollywood Reporter and issued a ‘clarification’ in which he confessed how ‘in the glare of the spotlight and the excitement of the moment’ he had said things that ‘need to be corrected and explained’.

‘In a speech that was meant to be a reflection on internalized gay-shame and self-censorship, I denigrated the courage and integrity of my colleagues on the movie Freeheld. These comments were inaccurate and unfair. The producers never suggested that the characters should be anything but thoroughly and proudly gay.’

He maintained how there were creative fights over their portrayal, but that the film was ‘satisfying and beautiful’ and that ‘I apologise to my colleagues for the pain my comments have caused’.

As he should, so good on him. Still, how a writer couldn’t figure out a way to make his point and still pay tribute to the dedication of his fellow artists – Ellen Page had stuck with the film for six years – is a head scratcher. All it takes is a little bit of thought.

Girl power got another jolt as The Dressmaker held on to #1 in its second week, taking another $4.4 milion on 382 screens for a total of $9.6m. The film’s average audience per screen figure dropped a mere 8% – the standard second-week drop is usually around 25-30% – indicating full houses sustained by strong word of mouth.

At the low end of the chart, the cross-cultural Aussie comedy Alex & Eve (#19) did something interesting as it took $94,366 on 32 for the three-week total of $348,467. What makes these figures noteworthy is that the movie’s audience average figure showed a negligible drop of only 1%, meaning the film is pulling a small but steady audience. Hmm. Could be a sleeper hit.

And after eight weeks, the lovable Oddball (#12) is nearing the end of its theatrical run with a $177,043 take on 186 for a lovely total of $10.6m. With numbers like that for a family film the movie is set to smash it on the home market.