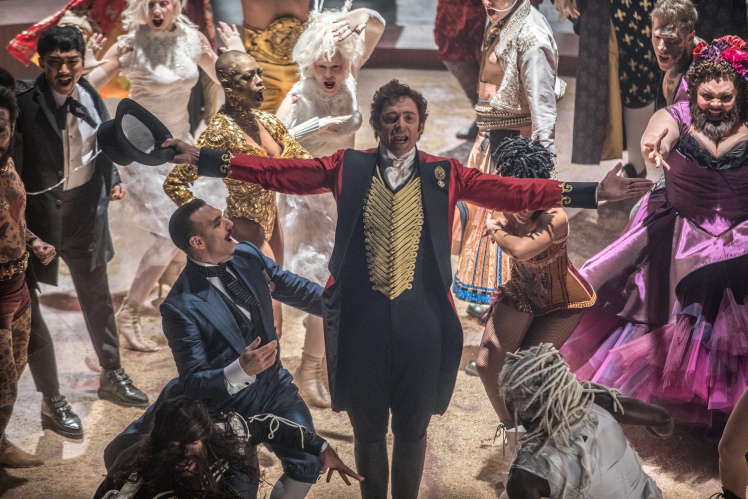 Gleeful sequel to the 2014 hit family film that avoids the law of diminishing returns by studding a decent plot about a secret treasure with deliciously cheesy turns from A-list actors including Brendan Gleeson, Hugh Bonneville (Downton Abbey), Jim Broadbent, Julie Walters, Peter Capaldi, Sally Hawkins and a scene-stealing Hugh Grant. A lively spot of prison time for Paddington (voiced by Ben Whishaw) raises the stakes as our favourite big-screen bear (Yogi didn’t quite work out, did he?) deals with vain-glorious former actor and thief Phoenix Buchanan (Grant). Above average CGI-work blends seamlessly with live action to deliver a very satisfying holiday film.

Cute, Pixar-like, slightly overlong animated adventure about a non-violent, flower-loving, hippie-type bull who is compelled into the ring against his conscience. Swelling with lovable supporting characters and an anti-bullying message, the film makes its points about personal choice and family over and over, making this one of the chattiest cartoons we’ve seen for a while.

Actor Andy Sirkis (Planet of the Apes; 24 Hour Party People) proves his directing chops here with a moving account of the creation of the motorised wheelchair. Written by veteran William Nicholson (Gladiator; Nell; Shadowlands; Les Miserables), this beautifully photographed film (by Robert Richardson, Quentin Tarantino’s DOP) charts the life of Robert Cavendish (an Oscar-worthy Andrew Garfield), whose business career is cut short by polio. He might be stricken and rendered immobile, but friend and inventor Teddy Hall (Hugh Bonneville) isn’t having any of it, so the pair embark on the long path of developing a self-propelled wheelchair. With Claire Foy (The Crown’s Queen) offering sturdy support as his indefatiguable wife, the film offers a solid, surprising holiday treat for those hungry for adult drama.

During the Day of the Dead celebrations in Mexico, a curious little boy called Anthony has a paranormal experience that involves him crossing over to the land of the dead. Though the film is fuelled by some pretty abstract concepts, Pixar deserves credit here for picking on such a supernatural cultural event and bringing it to such vivid life. Conceived and directed by Lee Unkrich (Finding Nemo) the film can be seen as a model of the new wave diversity movement in Hollywood, with its story focus simultaneously acknowledging one of the world’s main cultural components while, incidentally, tapping into its lucrative market. Hence, the film has ticked every possible box on the Politically Correct Shot List as well as hoovering up almost $500 million globally since 22 November. Not bad for a film with so many skeletons in it.

Set in a near-future where over-population is identified as one of the world’s biggest problems, new technology allows people to shrink down and live a far more lucrative life in special miniature communities. A discontented, debt-ridden couple (Matt Damon and Kristen Wiig) decide to take the plunge, but the ideal they’re after doesn’t quite work out. The same goes with the film, which stumbles as it bravely side-steps the obvious comedy potential of its marvellous premise and aims for something more meaningful. The first part of the film where the concept is introduced is easily the most intriguing as the attractions of “going small” are sold to thousands of eager customers. The plot that kicks in via Christoph Waltz (always a magnetic presence) is wobbly, though enlivened no end by the performance of Hong Chau, who plays a Vietnamese agitator. The film is quite a stylistic departure for left-field director Alexander Payne (Election; Nebraska; Sideways; About Schmidt), and while it doesn’t quite come off he does bring some signature touches in scenes where people need to tell other people what they mean to each other.

Though this splashy, big-budget comic adventure is technically a sequel to the 1995 Robin Williams film, it’s really got little to do with it apart from the name and the central concept of a game that sucks players into its alt-world where they must survive a jungle full of dangerous animals and deceptively beautiful landscapes. Here, four teens are drawn in, take the form of their game avatars (played by Dwayne Johnson, Jack Black, Kevin Hart and Karen Gillan) and are tasked with returning a stolen emblem to its rightful place. As a throwaway adventure, Jumanji makes for a terrifically entertaining time killer, its big action set pieces nicely offset with some choice comic acting from Johnson (who continues his love of sending himself up) and Jack Black, who relishes the scene where he has to tell a girl how to seduce men. Fans of the original film will enjoy the way the game has been updated for the 21st century. They will also give thanks to this long overdue sequel for finally taking us into the game itself, something the original strangely never did.

Those hungry for the satisfying empty calories of a big, old-school musical spectacle with a thin story and plenty of numbers will get more than their fill with the flash-and-dazzle of The Greatest Showman. Hugh Jackman pulls out all the stops for his lead performance as P.T. Barnum, the 19th century showman who created the modern circus out of a freak show. With Michelle Williams by his side as his uncomplaining, loyal wife, people burst out into elaborate song-and-dance routines with surprising regularity. This is very engaging entertainiment with plenty of digitally rendered period cityscapes and high-flying acts. Grounding the film dramatically is Barnum’s struggle against his reputation as a money-grubbing, exploitative charlatan, and his desire for respectability. Still, the film’s been copping a lot of stick from some critics over its lack of historical accuracy. But, folks, it’s a movie musical, not a Ken Burns documentary. It’s purpose is to distract, and on that score it scores loudly.