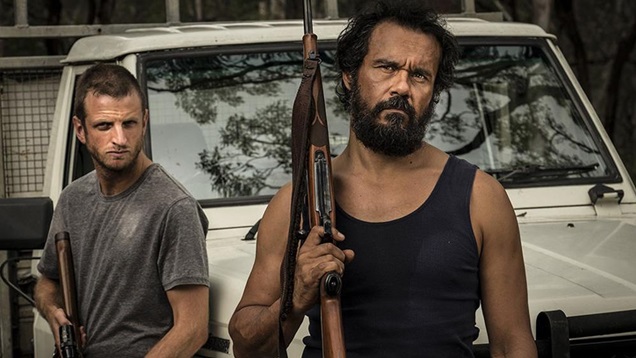 AMERICAN MADE **** (115 minutes) MA
In Doug Liman’s sensationally entertaining adventure-comedy biopic, Tom Cruise steps away from his blockbuster tropes to register one of the best and brightest performances of his career.
Set in the morally murky 1970s and 80s, a time when American didn’t seem to know what it stood for, Cruise dons a slight Southern twang to portray Barry Seal, a TWA pilot who, for the sake of keeping his family afloat, goes to work for the CIA running guns and conducting risky aerial surveillance over Central America.
His riches expand exponentially once cocaine comes into the picture, but so do the risks, many of which involve evading the eyes of the government he is supposedly working for.
Giving the film a gritty, guerilla look to neatly match all the surreptitious shenanigans, Liman (Go; The Bourne Identity; The Wall; Edge of Tomorrow) adopts a largely procedural tack to make us feel complicit in the success of Seal’s growing operation. When taking off from a ridiculously short runway, for instance, the editing suggests a triumph over potential catastrophe, not a cocaine trafficker. We know Seal is doing bad things, yet Liman splendidly draws us into his headspace, with the help of Seal’s energetic CIA handler (Domnhall Gleeson).
It’s been a while since Cruise was anywhere near an Oscar, but his winning performance here might just do the trick. In any event, the character rollercoaster of American Made is easily as enjoyable a thrill ride as any of Cruise’s other, bigger epics.

(Check out our interview with director Doug Liman BELOW).

KILLING GROUND **** (90 minutes) MA
The old scary movie convention about something bad going on in the woods gets an inventive, chillingly effective makeover in the outstanding debut film from Tasmanian writer/director Damien Power. Set in a secluded, deceptively tranquil riverside camping spot, the film skilfully blends three story strands to create a powerful air of mystery and growing menace.
To further detail the story would be to give too much away about a film that reveals itself in a highly disciplined, immersive style that would have made Alfred Hitchcock proud.
The terrific cast includes Aaron Pedersen, Maya Stange and Aaron Glenane. The film was made a while ago and was featured at MIFF last year. Since then it has been garnering sales and glowing reviews in the US, and proved something of a sensation at Sundance.
Yet, once again, we have a knockout Aussie film being released locally with barely-there marketing. Barely anyone has heard of the film. Still, here’s hoping (against hope) it hooks the audience it truly deserves. It really is an accomplished, edge-of-the-seat thriller.

THE LOST CITY OF Z *** (140 minutes) M
This lavish-looking, leisurely told, large-scale adventure yarn is based on the real-life search for a legendary “lost city” in the Amazon by British explorer Percy Fawcett (Charlie Hunnam from Sons of Anarchy) and contains pretty much everything you’d expect to see: encounters with wild animals, wild humans, sub-par travelling companions, dangerous river rides, attacks from natives, debates about respecting indigenous people and, of course, having to eat unsavoury things.
Writer/director James Gray toggles between Fawcett’s home life and his battles with the Royal Geographical Society with his trekking through the jungle alongside his fellow adventurers, including his best friend (Robert Pattinson).
To his credit, Gray portrays Fawcett’s numerous quests as staunchly noble and even patriotic, rather than obsessive, though his long absences register a costly strain on his family life, with his long-suffering wife (Sienna Miller) having to hold things together in the raising of their children.
Oddly, the film is only receiving a one-screen release – where would we be without the Nova? – despite its big-screen appeal. Should it suffer a short run, rest assured it will unspool very well once it hits the stream.

TERMINATOR 2: JUDGMENT DAY 3D *** (137 minutes) M
To mark the 25th anniversary of James Cameron’s sci-fi action classic we’re being treated to a 3D version. Whoo-hoo. The film, of course, was made long before the Cameron-fuelled fad for 3D briefly kicked in with Avatar and so has been carefully reprocessed to provide a sense of depth without that awful pop-up book feel that dogged so many 3D films inflicted upon a very wary public that has not embraced the format as it was supposed to. To be honest, the film has been on TV so many times and been subject to endless re-releases on disk that it’s hard to imagine anyone other than hardcore fanboys showing much interest in rewatching the film again for the sake of a few 3D enhanced visual effects.

Interview with Doug Liman, director of American Made.
As one of Hollywood’s A-list directors, Doug Liman loves telling stories about American anti-heroes and found a great one in the fact-based tale of cocaine-running CIA pilot Barry Seal. In this interview Liman explains the benefits of having Tom Cruise in your film, how unintentionally topical the film has turned out to be and just how truly American American Made is.
Enjoy.