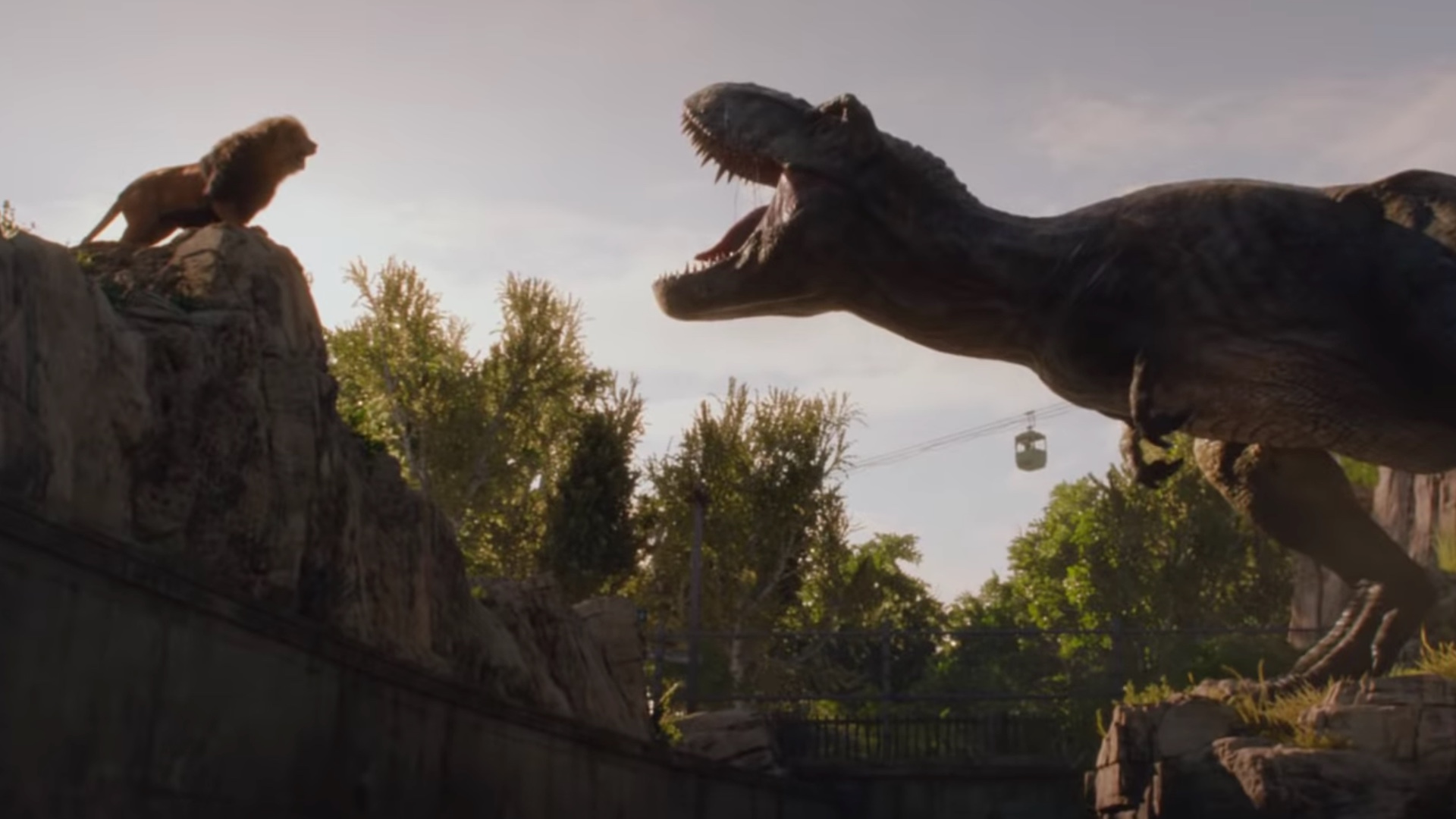 After the public relations disaster in the previous film where the latest version of the Jurassic Park was again overtaken by hungry cloned critters of long ago, you’d think maybe they’d finally get a break now that all the humans were either gone or comprehensively digested.

Not a bit of it. Here, in the latest thrill-ride adventure, our beloved digital dinosaurs are under threat as a suddenly active volcano vomits rivers of lava and spits out steaming hot boulders in clouds of volcanic dust all over their island home.

So dinosaur handler Owen (Chris Pratt) and dinosaur rights advocate Claire (Bryce Dallas Howard) return to the doomed park with a team to rescue a sample of beasts so that the world can continue to enjoy them in all their terrifying glory.

Dr Ian Malcolm (Jeff Goldblum) is still there warning us about what we buy into when we mess with genetic engineering, but good intentions inevitably go haywire as greed and hubris step in to see the dinosaurs turned into money-making objects worthy of being paraded before hundreds of potential investors holding auction paddles.

Five films on from Steven Spielberg’s 1993 classic, the premise gets closer to home as the dinosaur action moves from the wilds of the island to the ornate innards of a palatial mansion.

Echoing the last brilliant segment of the second JP film, The Lost World in which a T-Rex actually made it to suburbia, director J.A. Bayona (The Impossible; A Monster Calls) mounts the reptilian wrestling bouts with the magnificent photo-realism that has been the signature of the franchise ever since that lawyer uttered those immortal words: “We’re going to make a fortune with this place.”

Kids who like having the life scared out of them will especially enjoy the bedroom scene in this film, which appears to have been designed from universal childhood nightmares about monsters in the closet.

Fans of the series will also relish the final moments, which promise more films in new locales with plenty of fresh meat on which to feed.

It might have taken 14 years, but Brad Bird’s vibrant, relentlessly paced sequel to his 2004 animation classic is not only a superior film, it ironically offers a refreshing, slick alternative to all the mega-sized superhero films that have invaded the multiplex since the first Incredibles.

This time around it’s Elastigirl (Holly Hunter) who is initially front-and-centre while husband Mr Incredible (Craig T Nelson) elects to stay home to mind the kids.

Thankfully, this gender switch is not part of the social justice ethos that has infected a lot of big Hollywood films (such as Star Wars) but one of a gaggle of swift plot devices that chart the rise of a frightful new villain who can exert mind control through people’s computer screens. (How’s that for topical content?)

Even given the exaggerated animation, Bird (Mission Impossible: Ghost Protocol), who again wrote and directed, stages the action with dizzying veracity.

Among the treats are the family baby Jack-Jack, who steals much of the film as his emerging powers come into play, and new character Void who announces herself worthy of inclusion in the next film, which is already being discussed.

Because this film lost a year of production after Pixar swapped its release date with Toy Story 4, Bird had to ditch a lot of the ideas, which he now thinks could constitute a third film. Here’s hoping.

Rachel Weisz and Rachel McAdams put in subtly powerful performances in this drama about a transgressive relationship that takes place within a very traditional Jewish family.

Director Sebastian Lelio (who did the Oscar-winning A Fantastic Woman) infuses touches of eroticism in this quietly disruptive portrayal of a wayward woman (Weisz) whose return home brings with it a series of conflicting values and battles about personal freedom.

The American comedy archetype of the middle-aged man-child gets pushed to the hilt in this fact-inspired jaunt about a quintet of guys – Ed Helms; Jeremy Renner; Jon Hamm; Jake Johnson; Hannibal Buress – who are all playing the same game of tag they started in school. Isla Fisher and Rashida Jones key into the high-spirited silliness of this feather-light homage to male bonding and good-natured one-upmanship.

Likeable if unremarkable adult comedy about a gay TV chef (Steve Coogan) whose reasonably happy life with partner (Paul Rudd) is disrupted with the arrival of his undisciplined tweenage grandson (Jack Gore). Writer/director Andrew Fleming (The Craft; Dick; Hamlet 2, also with Coogan) generates a decent amount of comic energy as the pair adjust their lives, it’s just a pity more wasn’t made of the relationship with the kid’s father.

Two brothers with very average IQs (Shane and Clayton Jacobson) return to their rural home with evil intent towards their step-father (Kym Gyngell).

They have an elaborate plan and a tight schedule to keep, but what seems like a water-tight scheme to secure their future by robbing their step-father of his gets repeatedly punctured by quarrels and unexpected events.

There’s plenty of dark comic tension here as the moment of truth slowly approaches, with Clayton Jacobson, who directed Shane in the 2006 hit comedy Kenny, proving himself a very skilled director.

Working from a screenplay by Jaime Browne and Chris Pahlow, the single location gives him nothing much to cut away to, a restriction Jacobson uses to tighten the screws on the growing conflict between the men. In that regard it is much like some of Hitchcock’s films at their most playful, such as Rear Window and Rope.

To get the film made the Jacobson’s side-stepped the usual channels and adopted the novel method of getting regional cinemas to pay them an advance on expected ticket sales.

While in Melbourne to promote the film, the lads took time out to speak in detail about the film. On the eve of touring the regional centres in their specially marked tour bus, both were in fine form, although Shane was recovering from a snapped Achilles tendon, which required him to keep his foot elevated.

We had a great chat, which is presented here in two parts, First with Clayton, which will link to a luxury half hour chat with Shane. They had a lot to say about the film, the film industry and changes that need to be considered with the way films are developed in this country.

For the interview with Clayton & Shane please click here (a link to part two with Shane appears near the end):