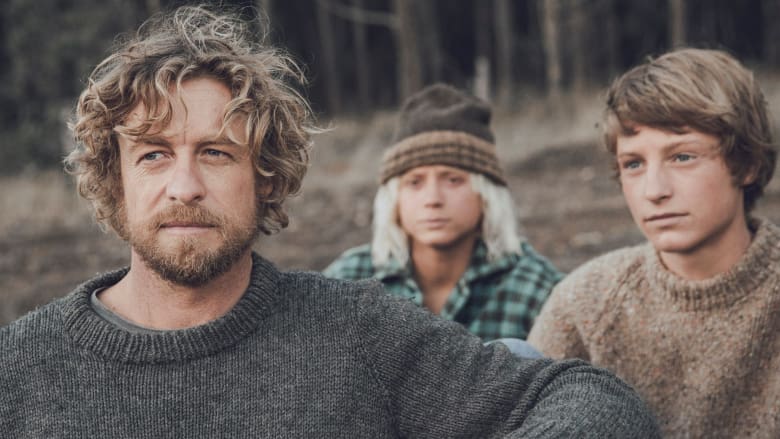 It’s shaping up as another flat year for local film, with Simon Baker’s much-anticipated directorial debut Breath clocking in as a self-consciously arty “coming-of-age” film that moves like a snail and makes you think we’ve turned the clock back to the 1990s.

Set in the 1970s on a windswept, unkempt stretch of surf coastline, two teenage boys, Pikelet (Samson Coulter) and Loonie (Ben Spence), decide to finally tackle the waves that have been beckoning them for years. They buy some  ratty used boards, modify them with vigour and attack the surf with naive enthusiasm.

Nearby lives Sando (Baker), a veteran surfer whose fame as a professional champion is kept stored in boxes of magazines in his shed. Living with him is     Eva (Elizabeth Debicki), a young American woman, forever angry at the accident that deprived her of a skiing career.

The boys inevitably befriend Sando who mentors them in the way of the waves, encouraging them to hurdle their fears and embrace thriller risks. This includes viewing the surf as a metaphor for life and, of course, sex.

The slow stitching together of this web of relationships works well for the first hour or so of this two-hour movie, but the pace never kicks out of first gear.

Nor does the story seem all that interested in going anywhere dramatically, apart from making vague, jejune points about how taking risks is good, but brings with it consequences that can’t alway be predicted.

Despite its strained attempts at being a pensive, prestige picture, Breath is full of longueurs and thinly-drawn, dull characters who spend too much time staring off into the middle distance, a gesture that has become a cliche of Australian films.

And while it is easy to praise the photography of the film because of its naturally beautiful location, it’s more telling to note how dull the surfing footage often looks despite the film’s theme of risk-taking. That such an inherently exciting pursuit, for both participant and spectator, can be made to look so drab is some achievement.

The film also sports a patchy voiceover that is all over the shop, again highlighting the need for directors to decide from the outset whether or not their films need a narrator.

Here, the sparse narration is provided by Tim Winton, the author of the book upon which the film is based. He also co-wrote the screenplay with Baker and Gerard Lee.

There’s no arguing Winton’s status as a writer, but his works don’t always translate easily onto the screen. For any adaptation to really work, a book’s story needs to be reimagined as a film, not merely as a novel with moving illustrations, as seems the case here.

Despite all that, it’d be lovely if this review was summarily reduced to a laughable curio and the film became a huge hit. Here’s hoping that happens.

Yet, as with far too many local films, Breath has appeared in cinemas with very soft marketing. Will it hang on for a fortnight? Or will word-of-mouth raves build on strong early reviews and carry it beyond a month of top ten business?

Perhaps. But the “here today, gone next week” pattern needs to change if the Australian film industry’s future is intended to include an audience.

We never find out exactly what happened in the pre-story of this terrific, white-knuckle monster thriller, but we get the general picture within the first few minutes.

An alien invasion has sent the world into a post-apocalyptic lockdown as evil, sabre-toothed, multi-jawed critters from another world search for humans to chow down on.

The good news is they’re blind. The bad news is they have adjustable, hyper-sensitive ears the size of family-sized pizza platters and so use sound to find out where the humans are hiding.

Thus, the earth has become a very quiet planet as people literally tippy toe around, being careful not to make any sound loud enough to turn them into monster brunch.

Best-known as Jim from the American TV series The Office, director John Krasinski does an excellent job taking an old spook movie convention – using silence to build tension – and pushing it to a nerve-jangling new extreme.

He also plays the father to a rural family trying to survive on their farm that, of course, grows corn. And we all know that when you see corn in a movie something nasty dwells within, whether it’s intergalactic monsters or children.

Whispering in chronic fear alongside Krasinski is Emily Blunt, as a heavily pregnant mother, and Millicent Simmonds, a remarkable, deaf child actress who brings her own edge of fear to this terrific horrorshow.

As well as being thoroughly engrossing, A Quiet Place has the added novelty of being one of the quietest sound-era movies you’ll ever see.

A pleasant consequence of the film’s central gimmick is that audiences the world over have been rendered silent while watching the film, too scared that munching on their popcorn or slurping on their jumbo Fantas will cause disturbance and consequent hostility for breaking the mood.

The phenomenon has been widely reported, and this reviewer can absolutely attest to it. The 10pm session at Hoyts Melbourne Central last Saturday was absolutely packed, and even though people had stocked up on buckets of popcorn and soft drink, the house remained virtually silent, but for the odd cough.

It was a pretty amazing, rare experience, epecially given how most mainstream films are designed to have your eardrums vibrating like a jackhammer.

An interesting side note is that A Quiet Place harks from Michael Bay’s production company Platinum Dunes, which specialises in horror films (remakes, notably) and the Ninja Turtles films. (The Transformer films are made by di Bonaventura Pictures and toy giant Hasbro).

Thus far, the $US20 million film – that’s less than the cost of Optimus Prime’s personal masseuse – has taken just on $240m worldwide. Critics love bashing Michael Bay and his films, but thems the fools.

Few filmmakers are willing to back risky projects like A Quiet Place or are able to see the potential for such huge returns. More power to him.