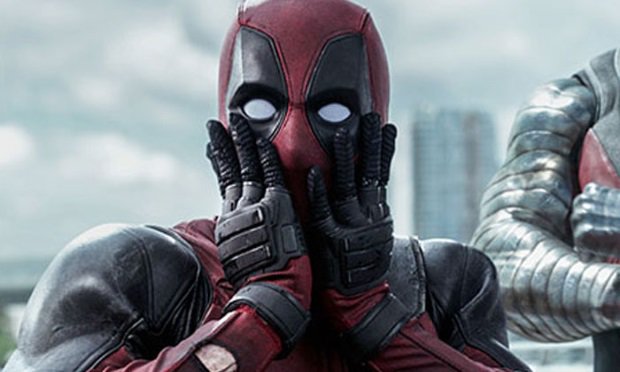 A smirking Ryan Reynolds, and pretty much everything else from the first Deadpool, return for an acceptable, if unremarkable sequel that strains nobly to paper over the symptoms of sequelitis, if only with partial success.

The motive behind Deadpool’s mission here is a dual-pronged and personal, for which he must gather together a new team of superheroes as he battles a time-travelling villain called Cable (Josh Brolin, aka Thanos in Avengers: Infinity War).

Cable is after the head of super-powered teenage mutant Firefist (Julian Dennison, the kid from Taika Waititi’s Hunt for the Wilderpeople) for reasons that only become clear late in the proceedings.

As per the first film, Deadpool’s chief schtick is to break the fourth wall and crack wise with the audience about the film and other pop cultural touchstones.

The first time around these were fresh and mostly funny. Second time around the novelty has gone, the strike rate is a lot lower and the gags are more predictable. Really, did the film really need another Green Lantern joke?

You can really feel the rubber running thin on this supposedly clever-clever self-referential style of comedy and one hopes that if they do it yet again in the third film (already planned) they’ll develop the idea, the way Steven Spielberg did with The Shining in in Ready Player One or, if you want to get serious, the way Mel Brooks did way back in 1974 with Blazing Saddles.

Actionwise the film is full of the usual boom-crash mayhem, its sameness a little surprising given that director David Leitch was responsible for some great sequences in the Charlize Theron film Atomic Blonde.

Still, there’s nothing in Deadpool 2 that will disappoint those who liked the throwaway thrills of the first entry, aside from the minor niggle that it’s about 20 minutes too long.

No doubt, Marvel fanboys will continue wondering how snugly Deadpool fits into the whole Marvel Comic Universe. It’s an issue that keeps some people up at nights.

For everyone else, chalk this up as an OK timer killer and one of the lesser films in the Marvel canon.

In this terrifically atmospheric, straight-faced Aussie zombie film the apocalypse has arrived and well-and-truly settled in. Those smart and quick enough have escaped the major population centres and headed inland to the outback, where rumours of a safe haven persist among survivors.

On a houseboat slowly chugging up a lonely river is a small family: Andy (Martin Freeman), his wife Kay (Susie Porter) and their one year-old baby daughter Rosie. Though they hope to find this semi-mythical place, they’re coping one day at a time, being ultra-suspicious of everyone they encounter.

The main thing, of course, is not to “get infected”, that is, get nibbled on by zombies, which have presumably overrun the cities and are lurching all over the shop.

Luckily for survivors, these are old-school zombies who limp around at a snail’s pace and not the athletic ones writer Alex Garland and director Danny Boyle came up with for the influential low-budget 2002 film 28 Days Later.

Proficiently directed by Yolanda Ramke and Ben Howling, with some haunting cinematography and great editing, the story really moves across the jagged, threatening landscape as the human stakes steadily rise.

Along with the proliferation of zombies, the new world order has also seen a reversion to barbarism among some survivors, their rationale being that extreme and cruel measures are justified in a world that has turned extreme and cruel.

A wily touch in Cargo is how the story is set some time after the zombies have appeared. They’ve been around so long the government has even issued survival packs with clear instructions on what do do if the worst happens, and then what to do after that.

Freeman (The Office; The Hobbit) does a fine job as the increasingly desperate father who finds himself capable, however reluctantly, of doing anything to secure the safety of his child.

As is tradition with most zombie films, thanks chiefly to the influence of the late maestro George A Romero and his seminal Dawn of the Dead series, there’s a lacing of social commentary beneasth all the horror and killing. In Cargo, the main worries are to do with the blighting of the environment.

The obviously symbolic sight of people with their heads in the sand might push the point a tad, but at least it doesn’t get in the way of the film’s chief brief, which is to send the occasional jolt and chill through you.

Cargo began life in 2013 as a short film for the Tropfest competition. It was a finalist, didn’t win anything, but it did earn a spot on the Tropfest YouTube channel. It then became a huge hit with more than 14.4 million views, which lead to serious attention from Hollywood.

While in Melbourne to promote the film, directors Yolanda Ramke, who wrote both versions of Cargo, and Ben Howling sat down for a good chat about the film and the trials of making a feature in the fickle outback.

They also discuss the remarkable deal they made with Netflix, which released the film on its hugely popular streaming service everywhere but Australia, where it will become available after its theatrical and DVD run.