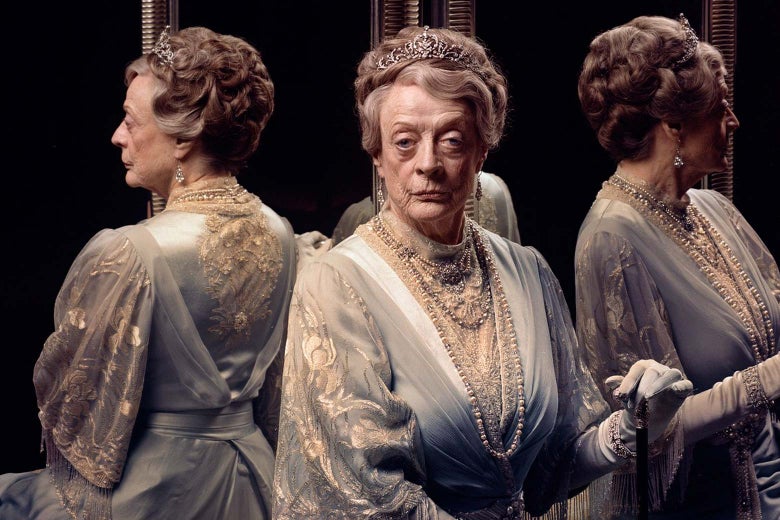 Watching the big-screen version of the hyper-successful British TV series Downton Abbey is very much like having a glass of your favourite wine: it’s predictably pleasant, contains no surprises and leaves you with a sizeable smile.

Set in 1927, two years after the time of the show’s finale (screened in 2015 after six huge seasons), little has changed at the house, thanks chiefly to most of the familiar faces from the show – Hugh Bonneville, Maggie Smith, Elizabeth McGovern and the rest of the gang – having merrily signed on for this jaunt, and all the extra royalty cheques that would surely ensue. (Lily James and Ed Speleers passed on the chance to return to service.)

Looking as lovely as ever, the residents and staff at the shack are sent into a right royal tizz after receiving word that paying them a visit shortly would be King George V (Simon Jones from Hitchhiker’s Guide to the Galaxy) and Queen Mary (TV veteran Geraldine James).

Raining on the parade, however, is the news that the royals will be travelling with their own battalion of servants and that they shall take over the duties of the DA staff. It’s an insult, of course, and the crew won’t let it stand.

Written by Julian Fellowes, who created the series and wrote most of it, and directed by Michael Engler (he did four DA episodes), the film serves its fanbase extremely well, sprinkling the soiree with breezy performances and crowd-pleasing humour.

Keen to keep its finger on the contemporary pulse, the film initially flaunts an anti-royalist stance, but this slowly gives way to qualified adoration, the condition being that royals move with the times and keep in touch with the commoners on whom they depend.

It also faces down the persecution of homosexuals at the time, making prescient gestures towards tolerance and acceptance.

If there is any reasonably sized flaw in the film it’s that while the film is naturally obliged to deliver on the high expectations set by the TV show – apparently the most popular period British TV series since 1981’s Brideshead Revisited – it could afford to have stepped beyond the strictures of the series by including a few cinematic flourishes or left turns in the story that would have helped spice up the proceedings without befouling the formula.

Chances are that if the film hits big the producers would follow the successful Star Trek route and turn the show into a film franchise.

After all, given how well the show dealt with World War I, it’d be a shame to shut the doors on Downton Abbey without chronicling the 1930s and the tumult that ensued. Perhaps, like in the Merchant/Ivory film The Remains of the Day, the Crowleys of Downton could exchange thoughts with Germany’s new leaders around the dinner table.

“The enemy of my enemy is my friend”, goes the old proverb, and thus it is from that ancient kernel of philosophical wisdom that the birds and the green pigs, who live acrimoniously on adjacent islands, set aside their quarrels to join forces against a common enemy.

This new-found foe lives on a third island that threatens both of them, so off they go to neutralise the enemy, assisted by a multi-layered story and a soundtrack made up of a long string of hit songs.

The story is stronger and the laughs far more frequent this second time around, apparently the result of a concerted effort by the producers to answer the legitimate criticisms of the first film being, well, a bit flimsy, even for a game based on a video game.

Certainly the main difference is the film’s sheer payload of gags, both verbal and visual, that acknowlege the sensibilites of the adults in the audience who are watching with their kids.

Isn’t it always the way? You’re enjoying the defining friendship of your life when suddenly your best friend in the whole universe has the temerity to start a relationship of their own with someone else, one that might even lead to marriage.

We’ve seen in Seinfeld and The Simpsons how the intrusion of a romantic third party can throw a spanner into the carefully balanced dynamics of a friendship that was, heretofore, perfect.

And so it happens to roommates Laura (Holliday Grainger) and Tyler (Alia Shawkat), two attractive young Dubliners who live a raucous life of drinking, drugs, partying, sex and wholesale denial about what a fragile thing their little Bohemian bubble is.

The strong chemistry between the two leads, who had apparently never met before being cast, drive the film as Laura and Tyler try coping with the changing circumstances that beset their change-averse lifestyles.

Drinking plays a big part in their arcs, and though screenwriter Emma Jane Unsworth (adapting her best-selling 2014 novel) and Aussie director Sophie Hyde (52 Tuesdays) claim they wanted to remain non-judgmental towards their characters, the story can’t help but make several pungent points about the use and abuse of alcohol.

In Melbourne recently, Hyde was kind enough to take to the couch and chat with us about the making of Animals, women in film and why the film is set in Dublin instead of Manchester, where the novel was set.