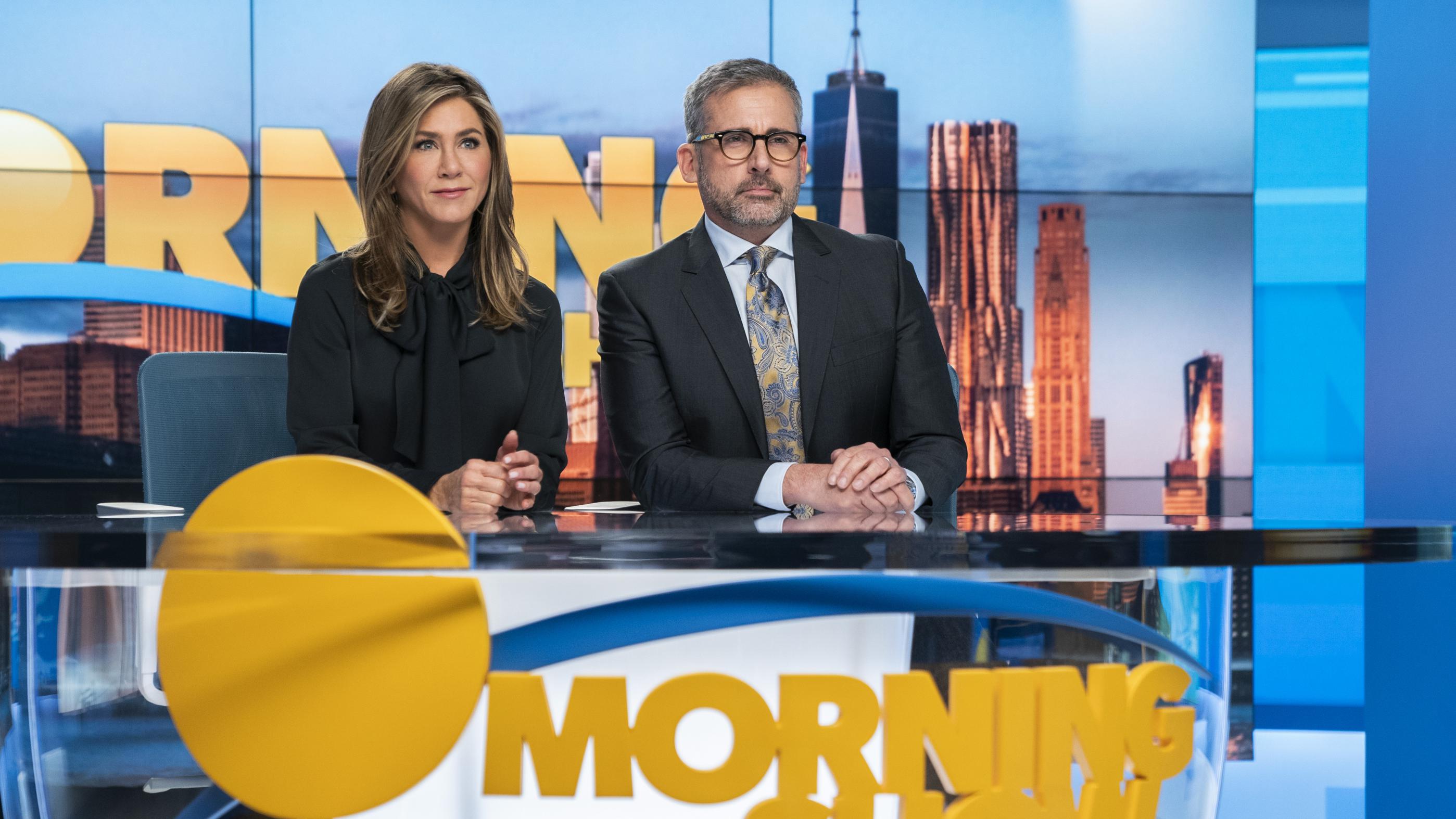 SOME STREAMING TIPS WHILE YOU SELF-ISOLATE

In a frightfully short space of time the Coronavirus – or Covid-19 – appears to have touched every aspect of modern life.

As people restrict their movements, maintain “social distancing” and follow official advice to stay at home as much as possible, most places are either deserted or have been declared no-go areas.

Pubs, clubs, casinos, restaurants, malls, gyms and theatres have been hit hard. The Melbourne International Comedy Festival, which was meant to start next week, was cancelled, as was the Grand Prix. Whole economies have been hobbled. Even Bondi beach has been shut.

The effect the virus has had on cinema has been devastating. The Sydney Film Festival is off and cinemas across the US, UK, China, Italy, Spain, India and Poland have closed. In the US, the closures are expected to last two months.

Locally, Palace cinemas has shut its screens nationwide while the major chains forge on, limiting patrons per theatre to less than 100 – as per the PM’s edict about the cap on public gatherings – and spacing people apart.

Needless to say, ticket sales have nose-dived, with many major films, such as the new Vin Diesel film Bloodshot, playing to audiences of one.  One wonders why all cinemas don’t simply shut down until people are more relaxed.

After all, should you find yourself alone in a huge cinema but for one other person and half-way through the film you hear that person sneezing, how’s that going to affect your movie-going experience?

Heaps of major films have been postponed: Peter Rabbit 2: The Runaway; Black Widow; the 007 film No Time to Die; Mulan; The New Mutants; Antlers; A Quiet Place 2; Fast & Furious 9 (till April next year!); and Minions 3.

So, what to do with all that spare time stuck at home? Finish writing that novel? Learn to knit? Finally get around to clearing out that spare room?

Nay. People, quite sensibly, are turning to their TVs and computers for salvation from bordem. There is, of course, free-to-air programming, your DVD collection and all the delightful offerings on YouTube.

Yet the streaming services are where you’ll find a trove of premium entertainment.

Here are some prime choices to enjoy:

Uncut Gems: In a sharp turn away from comedy, Adam Sandler plays a financially stricken jeweller who tries, against all odds and death threats, to pull off one big deal that will save his business and his life. Sandler, who also did an impressive non-comedy turn in Punch-Drunk Love (2002), puts in a very strong performance as a hard-bitten businessman determined to survive in a world set out to destroy him. Brace yourself for the film’s shock – some would argue double-shock – finale. (Netflix)

Marriage Story: Whatever the upside of divorce is supposed to be there’s no sign of it anywhere in Noah Baumbach’s excoriating drama about the huge financial and emotional cost that can come with the adversarial end of a marriage. Adam Driver and Scarlett Johansson are totally convincing as a much-loved arts-world couple who try to quantify the damage they have done to each other. The pair spend much of the film spitting acid at each other as they try to assign blame for the disaster that their family life has become. One particularly symbolic scene involving Driver and a small key-chain blade says more about the nature of bad divorces than most films on the subject. The film was up for a swag of Oscars – best film, actor, actress, screenplay, original score – with Laura Dern winning best supporting actress for her turn as a vengeful lawyer. (Netflix)

Morning Wars: Having left The Office far behind with dramatic turns in such films as Foxcatcher and The Big Short, Steve Carell proves his salt yet again in this addictive, aggressively topical #metoo drama. Carell plays Mitch Kessler, a morning show presenter who has just lost his job over sexual misconduct allegations. Coping with the chaos is co-host Alex Levy (Jennifer Aniston in her best work to date), an ageing star in the middle of a difficult contract negotiation. Falling backwards into the mess is Bradley Jackson (Reese Witherspoon), a local TV spitfire whose viral video puts her in the wrong place at the right time. The high-stakes drama is dialled up to 11 in almost every scene as it draws on all the attendant controversies of the #metoo/Weinstein/Kavanaugh scandals. Top notch stuff. (Apple TV+)

The Loudest Voice: And if you can’t get your fill of #metoo drama, be sure to check out the outstanding work put in by Russell Crowe as Fox News guru Roger Ailes in this fact-based ripper. The show covers the same ground as the hit film Bombshell, but in much more detail and subtlety. As brilliant a newsman as Ailes is portrayed to be, there’s no holding back on what a sleaze he was, though the dramatic keynote underlying the entire story is that he never thinks he’s doing anything wrong. Naomi Watts is fab as whistleblower Gretchen Carlson; ditto Simon McBurney as a very reasonable Rupert Murdoch. (Stan)

The Mandalorian: Even those suffering Star Wars fatigue will delight in this knockout series created by Jon Favreau (The Lion King) following the adventures of hard-bitten bounty hunter Din Djarin (Pedro Pascal). Set in the outer reaches of the Star Wars universe, the show’s place in the saga’s timeline is between The Return of the Jedi and The Force Awakens. The action-packed first episode should be enough to draw even non-fans in as Din is sent on a special mission by his new client (played perfectly by legendary director Werner Herzog) to collect and protect a very special package. There are heaps of references for hardcore Star Wars fans to pick up and the visual effects are movie standard. As for the quality of the action, just wait for the bounty hunter droid to turn up. Whoa. (Disney+)

Spenser Confidential: In this nifty action crime drama, Mark Wahlberg puts in a sturdy, head-strong  performance as an ex-cop who has just been released from prison after beating up a police captain he believed was corrupt. The day of his release the cop he bashed is murdered. With all fingers pointing at him he sets out to prove who really did it. Lots of tough talk and gunplay, set in Boston, a must for Wahlberg fans. (Netflix)

Miss Americana: Taylor Swift carefully lets down her guard in a very well cobbled bio-documentary about her rapid rise to fame, the stress of coping with achieving your dreams too early in life and the importance politics can have for a pop princess. Fans aside, those who ever doubted Swift’s talent, smarts or conviction will find this chronicle eye-opening and extremely entertaining, especially when she’s not singing or talking about music. (Netflix)

Ricky Gervais: Humanity: Fully aware of his status as a mini-god to the anti-PC crowd, Gervais clocks up his best stand-up special yet as he rubs against the grain on a wide variety of hot-button topics, the most controversial being his observations of other people’s children and Caitlyn Jenner. (Netflix)

The Irishman: Though it was somewhat overrated as a masterpiece of mobster cinema when it first came out, Martin Scorsese’s epic, occasionally funny, word-driven drama about the fate of trucker’s union master Jimmy Hoffa is still a venerable, highly entertaining work with Robert De Niro, Al Pacino and Joe Pesci showing us what all movie dialogue should sound like. It’s also testament to Scorsese’s unparalleled flair for making a story move.(Netflix)

As well as paid streaming outlets, don’t forget the free online services run by the TV networks, which offer a huge range of archived programs for you to catch up with and binge on.

For films though, special mention must be made of  SBS on Demand, a splendidly constructed website that is a true blessing in our online landscape. Its library contains a wealth of films –  from classics to contemporary, niche to mainstream, quirky to queer – so please check it out.

In response to the virus some studios have brought the digital release of some major titles forward so people can enjoy them now while they endure self-isolation, rather than waiting the three months it usually takes for a theatrical release to hit the home market via disk and stream.

Since the advent of powerful streaming platforms such as iTunes, Netflix, Stan, Amazon Prime, Google Play, Apple TV and so on, the sanctity of that 90-day grace period – during which exhibitors try to sell up every possible cinema ticket before the film is made available in the home market – has been under siege.

We’ve recently seen major films such as The Irishman, The True History of the Kelly Gang, The King, Marriage Story and The Report get short theatrical runs – a pre-requisite for award eligibility – before hitting the stream. They ran at independent cinemas because the big players don’t embrace the idea of shortening the theatrical window.

The early home release of major film titles in response to the Coronavirus might well put the precious 90-day window under more stress.

In the US people will get early access to Frozen 2 (also available here on Disney+), The Invisible Man, Emma, Star Wars: The Rise of Skywalker, The Hunt, Just Mercy, The Way Back, the Pixar film Onward (opening early in cinemas here on 26 March – provided cinemas are still open), Birds of Prey, Bloodshot (in cinemas here), The Gentlemen and Sonic the Hedgehog.

In a major virus-related move, Trolls World Tour will come out in the US on digital platforms on 10 April as well as in cinemas – if they have re-opened, that is. Otherwise, the stream will have the running, disregarding the usual 90-day window that all other delayed films will apparently observe.

So it seems the Coronavirus might indirectly add heat to the tussle over the longevity of the traditional three-month window, a tussle that was already getting hot.