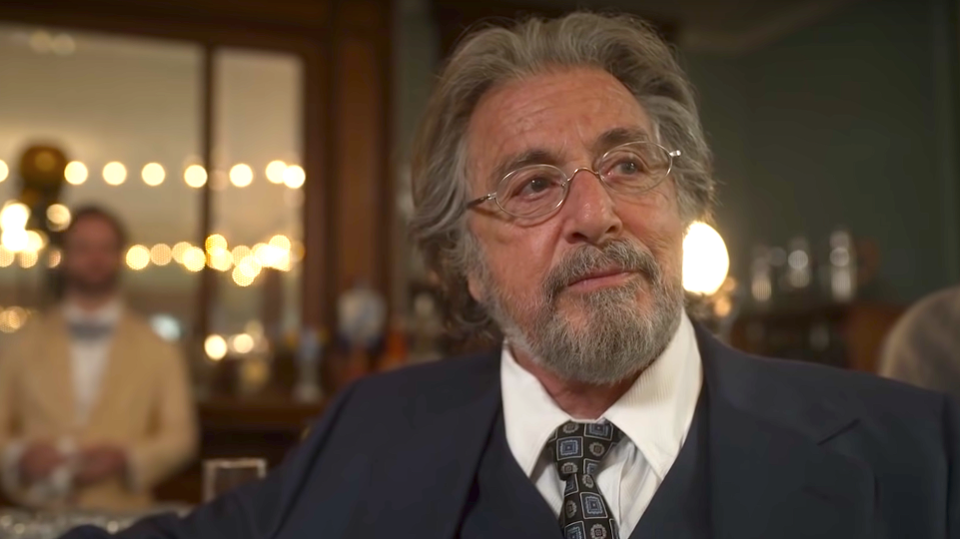 As sad as it was inevitable, all cinemas screens have now shut down to help prevent the spread of the Coronavirus, a scourge that has become the defining event of 2020 – and possible beyond – as it claims lives, livelihoods, businesses, public events and global economic stability.

But though cinema is no longer an entertainment option, we thankfully have a cornucopia of films and shows available through our cherished TV sets and not-so-cherished devices such as computers, tablets and phones.

The general advice of watching things on the biggest screen you can has taken on renewed potency in these odd times.

Being stuck at home for most of the time should encourage more traditional and relaxed viewing habits given how you’re no longer rushing around consulting the tiny screen in your sanitized hands. You should even be watching YouTube clips of cute cats on your 50-inch by now.

With so many viewing choices on offer in the stream many people find themselves suffering from that peculiarly 21st century malady, choice paralysis.

To help you out, here are some viewing tips to get you through.

HUNTERS When it comes to a hot-button dramatic premise it’s hard to beat revenge for a central theme. And when it comes to revenge, it’s harder still to get stronger motivation than when you have Jewish people hunting down Nazis who have eluded justice.

The idea has fuelled many films – The Odessa File, Apt Pupil, The Boys from Brazil, etc – and is tapped again in Hunters, a controversial series that takes the idea even further.

Set in 1977, presumably to make the post-war presence of Nazis in American society plausible, we meet Jonah (Logan Lerman) who learns after his grandmother’s murder that she was part of a secret team of Nazi-slayers.

Their leader is a nice old Jewish gent called Meyer, played by Al Pacino in what must have been a major casting coup given how outlandish this show is.

For not only are there Nazis trying to pass themselves off as regular citizens in suburbia – the pilot has a pretty arresting opening sequence – they are continuing to prosecute Hitler’s Holocaust, even if it means gassing people in their apartment showers.

Their evil aim is the rise of the Fourth Reich.

If this sounds somewhat crass and B-grade, don’t worry – it is. Hunters is not likely to win any awards for subtlety or good taste, especially given the darkness of its theme, its heightened style and liberal use of graphic violence.

The feature-length pilot is undoubtedly engaging – like all good shows there’s a sizeable stratum of subplots running parallel to the main storyline – and it also raises the oft-raised issue about exploiting one of the most horrific man-made events in history for our entertainment.

Can the show be seen as an indirect tribute to the work of Nazi-hunter Simon Wiesenthal? Or is it just bad taste? Can it be both?

In the US it certainly upset a lot of people in the Jewish community chiefly over how, in a flashback to a concentration camp, we witness a form of execution where Nazi officers use Jewish prisoners in a human chess game.

The argument goes that the execution methods the Nazis actually used during the Holocaust were bad enough without filmmakers choosing to invent new ones.

The sound counter to this is that it is a powerful, gruelling scene about the contempt Nazis had for human life, so surely the makers are entitled, as artists, to create a scenario that illustrates that.

And though the show is inspired by real-life Nazi hunters, it is fiction.

Provided you key in to the lowbrow revenge-fantasy of Hunters – hey, Quentin Tarantino did a similar thing with Inglourious Basterds –  the opener certainly had enough going on to draw you in.

And Pacino does a swell job selling himself as an elderly hero leading his pack on an important quest for some long overdue payback. (Amazon Prime)

STAR TREK: PICARD It’s no wonder, really, that having spent all those years zapping around in space as the captain of the USS Enterprise in Star Trek: The Next Generation (and four films) Jean-Luc Picard (Patrick Stewart; also executive producer on this) would find retirement on his vineyard unfulfilling.

Luckily, a young woman comes to him seeking mentorship and an old scandal (where Picard ordered the rescue of enemy Romulan citizens) rears up during a TV interview.

Plenty of plotlines kick off in an  eventful opening innings to this very expensive-looking show, including the banning of synthetic people (like the long-dead Data, played, of course, by Brent Spiner), Romulan scheming and Picard’s need to get back into it.

As always, keep an eye out for the great design work that goes into the background of Star Trek. (Amazon Prime)

AFTER LIFE With the second season being set for release on 24 April now is the perfect time to re-digest the quietly remarkable dramedy from Ricky Gervais.

He plays Tony Johnson, a dour small-town journalist who has lived far  beyond the point that he wants to. In a constant state of grief over the death of his wife he feels his universal apathy – he literally cares about nothing – empowers him to do, speak and think as he pleases, that not caring is a kind of liberation.

After Life has its funny moments – thanks mainly to his acidic bursts of sarcasm and his photographer Lenny (Tony Way), who apparently has the easiest job in journalism – but it is more drama than comedy, taking seriously its exploration of loss, depression and the resilience of optimism.

If you’ve not seen it, consider it a must-see, even for those who are not fans of Gervais. It’s as far from The Office, Extras or Derek as he could get and it was a very worthwhile move. Plus, the whole shebang can be consumed in a neat three hours. (Netflix)