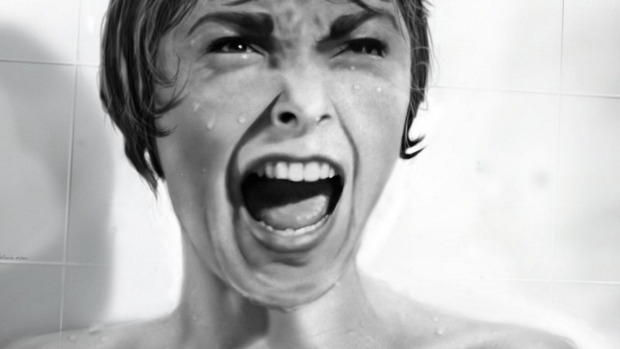 If there’s one thing there’s no shortage of it’s horror movies.

Ever since the beginning of film throughout Europe, Asia and the United States they have come in many different forms in ways to try a scare the living daylights out of us.

It’s HALLOWEEN again so I thought I’d give it a go and put down a few that have affected me over the years, and still do, not only on HALLOWEEN but at any time of the year. It was a tough list to slash down so to speak, but hopefully there’s something here that might spark your interest, and in the process give you a good fright or two.

I couldn’t sleep for weeks after I saw this one.

‘The Haunting,’ based on the best-seller ‘The Haunting of Hill House’ by Shirley Jackson, is a British psychological horror of a paranormal investigator who invites a small group of people to stay at the secluded and reputedly haunted Hill House, and wow, are they in for a big surprise!

This is a knockout!

Directed by Robert Wise and starring Richard Johnson, Julie Harris, Claire Bloom and Russ Tamblyn, director’s Martin Scorsese and Steven Spielberg have this as number 1 in the scariest horror film of all time, and I’m right there with them on that.

So lock the door, take the phone of the hook, turn the lights off, turn the volume up and hang on! This is truly one of the great horror ghost stories in the history of cinema. Avoid the inferior 1999 remake.

Legendary filmmaker Alfred Hitchcock’s groundbreaking and landmark horror classic of a secretary who steals a stash of money from her employer, goes on the run and checks into the remote Bates motel run by a young Norman Bates under the domination of his mother.

Inspired by real events, this is one of the great game-changers of cinema.

From the birth of the slasher genre, doing to showers what ‘Jaws’ did to beaches a decade-and-a-half later and giving motherly love a whole new meaning, Hitchcock created a spellbinding and darkly comic masterpiece that inspires filmmakers and shocks audiences to this day.

Inspired by true events that took place in 1949, it still chills to the bone and scares the living daylights out of people over four decades later.

Exemplary filmmaking on every level, and featuring in part Mike Oldfield’s classic tune ‘Tubular Bells,’ this gives a whole new meaning to things that go ‘bump in the night.’

Voted by many as the scariest film ever made, and for good reason, but just pipped at the post by ‘The Haunting.’ Followed by two sequels and two prequels, of which ‘Exorcist III’ directed by William Peter Blatty is also well worth a look.

Just when you thought you’d seen it all, along comes Ridley Scott’s seminal science fiction horror classic of a commercial mining space ship, Nostromo, that stops off on a nearby planet to check out a distress call, and ends up taking on a new passenger they wish they hadn’t.

From a star making performance by Sigourney Weaver to a genuinely jaw-dropping monster that makes Jaws look like a gold fish, this nerve shattering ‘old dark house’ tale also took its inspiration from numerous previous science fiction fare, most notably 1958’s ‘It! The Terror From Beyond Space.’

Director Tobe Hooper’s nail-biting horror slasher of a group of friends visiting their grandfather’s house in the country and are hunted by a chain-saw wielding killer and his family of grave-robbing cannibals is the second in a trilogy horror of game-changers, the first being Hitchcock’s ‘Psycho’ and the third Ridley Scott’s ‘Alien.’

Just the title is scary enough, but what is so unique here is the psychologically implied gore and subsequent shrill-shrieking horror, along with a masterful documentary style approach by Tobe Hooper.

Inspired by the same events behind ‘Psycho,’ Ridley Scott attributes this film as a major inspiration before filming ‘Alien.’

Followed by four sequels and a prequel.

Legendary filmmaker Stanley Kubrick turned to the blockbuster Stephen King book of the same name and the results are spellbinding!

This ostensibly old fashioned haunted house story is of a family of three as caretakers in an isolated mountainous hotel for the winter where evil awakes the father into violence and a psychic son who sees horrific forebodings from the past and of the future.

Filmed with breathtaking precision by the late John Alcott, stars Jack Nicholson, Shelley Duvall, Danny Lloyd, Scatman Crothers and Joe Turkel all shine, excuse the pun, as its mystery and horror seeps into your subconscious like an early morning fog, doesn’t let go and never leaves.

And just when you think you’ve got it all figured out, Kubrick throws a curve ball that takes you right back to the drawing board. Remade as an inferior TV mini-series in 1997.

Following his searing crime-thriller ‘Assault on Precinct 13’ John Carpenter entered the genre that would make him a household name and synonymous with horror.

With a screenplay by Carpenter and Debra Hill, on the evening of Halloween in 1963, a 6-year old Michael Myers murders his sister, and 15 years later, escapes a mental hospital and returns to kill.

Heavily influenced by his filmmaking heroes, most notably Howard Hawks’ 1951 classic ‘The Thing From Another World,’ which Carpenter would remake in 1982, ‘Halloween’ would turn into a star-making vehicle for Jamie Lee Curtis, as ‘Alien’ would for Sigourney Weaver a year later, and completely revitalise the career of veteran character actor Donald Pleasence.

Compelled by a landmark music score by John Carpenter, this spectacular horror debut is sure to keep the hairs on the back of your neck firmly upright after no matter how many viewings. Followed by seven sequels and a remake in 2007.

Things have gone a long way for zombies since their first full length feature film ‘White Zombie’ in 1932 with Dracula legend Bela Lugosi, and there’s been no shortage of them since.

Following his landmark zombie romp ‘Night of the Living Dead’ a decade earlier in 1968, George A. Romero  returned with a sequel following the events of the original, in which a small group seek refuge from the ever-growing epidemic of zombies in a secluded shopping mall.

A hair-raising example of how the genre works, this second in Romero’s trilogy not only matched the classic original, but many believe surpassed it.

Deborah Kerr stars in Jack Clayton’s psycho-sexually intensified gothic masterpiece based on the Henry James classic novel ‘The Turn of the Screw’ of a young fragile governess for two children who becomes convinced that the house and grounds they live are haunted by the former governess and valet Peter Quint, and are possessing the children.

From the opening moment, in black to an eerily provocative song, you are seduced into a world of unrelenting uncertainty and paranoia with a foreboding grip that at first compels then firmly tightens throughout the intensely narrative journey to a shattering and controversial conclusion.

Made at the height of Britain’s Hammer horror popularity ‘The Innocence’ defies the traditional convention of the horror genre without the clich?d gore or shock approach, adopting the more effective psychologically mind bending, or mind altering aspect.

This is a triumph of storytelling and horror thanks to a landmark screenplay by William Archibald and Truman Capote, masterful direction by Jack Clayton, strikingly seminal deep focus cinematography by Freddie Francis and intensely gripping performances by Deborah Kerr and the children, Pamela Franklin and Martin Stephens.

‘The Innocence’ one of the most uniquely menacing deceptive and disturbing expressions of the supernatural ever filmed! Did she or didn’t she? Was she or wasn’t she? Those questions are left for you to answer.

Julie Christie and Donald Sutherland give career-best performances as a married couple who travel to Venice following the death of their daughter, where they encounter two sisters, one of whom claims to be clairvoyant and informs them that their daughter is trying to contact them and to warn them of danger.

Filmed with stunning and haunting elegance and devastating menace in and around the canals of Venice, and propelled by a truly mesmerizing music score by Pino Donaggio, ‘Don’t Look Now’ has influenced many filmmakers including Steven Spielberg, Christopher Nolan, Danny Boyle, David Cronenberg and Steven Soderbergh, to name a few, and continues to chill and provoke audiences to this day.

If it’s outright laughs you want with your horror then this is the one.

Comic greats Bud Abbott and Lou Costello play two accident prone baggage handlers who find themselves going up against three of the screens most iconic and inspirational horror figures, and the results are truly hysterical.

Beautifully gothic and atmospheric, original horror legends Bela Lugosi, Lon Chaney Jr. and Glenn Strange all reprise their respective and iconic roles as Dracula, the Wolfman and the Frankenstein monster.

Abbott & Costello peaked with this undeniable masterpiece, not only one of the great comedy classics of all time, but without doubt the best comedy-horror classic ever made, one that retains its spark, richness and side-splitting hilarity no matter how many times you watch it.

NOTE: SOME HONOURABLE MENTIONS THAT CAN’T BE IGNORED INCLUDE…