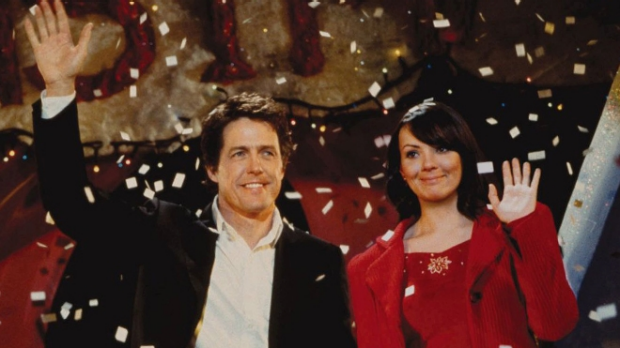 With the Christmas and New Year holiday season upon us, there’s going tom be lots of time to catch up on movies, so let’s have a look at some of the best films that you can watch over the festive holiday season.

Director Frank Capra’s beautifully sentimental 1946 classic starring James Stewart and Donna Reed about a man who is down on his luck and contemplates suicide only to be visited by an angel who shows him how his life had affected others had he never existed, is not only compulsive Christmas viewing, but great for any time of the year, and just improves with age. The stellar cast pull it off brilliantly, and if you don’t shed a tear with this one you have a heart of stone, one of the great classics of all time!

Peter Billingsley, Darren McGavin, Melinda Dellon and Zack Ward star in this captivating and unforgettable tale of young Ralphie, who has to convince his parents, his teacher and Santa that why a gift he has in mind is perfect for the 1940s. Based on radio storyteller Jean Shepherd’s comic memoirs ‘In God We Trust, All Others Pay Cash,’ this movie succeeds like few others in capturing Christmas from a child’s-eye view. Directed by the late Bob Clark with superlative sensitivity, great care, exemplary attention to detail and filled with wonderful performances, this journey is all tied beautifully together by Shepherd’s quirky and tongue in cheek narration throughout. ‘A Christmas Story’ is about childhood. Funny and touching, and all else in-between, this a rare experience which will take you back to a time and place of innocence, wonder in the real world.

Great character actor Edmund Gwenn deservedly won the Academy award for his standout performance in this charming fable as Kris Kringle, who in modern times is working at Macy’s Department store and tells everyone that he really is Santa Clause, then he meets an unbelieving girl [Natalie Wood] and must go to court to prove that he is in fact the real Santa. A real treat for the whole family, cast also includes Maureen O’Hara and John Payne, bit it belongs to Edmund Gwenn in the performance of a lifetime!

A small animated film with a big heart! The beautiful and enchanting tale of a young boy in biblical times who must sell his frail donkey, only to be met with more heartbreak and humiliation along the way, until a mysterious man appears buys the boy’s prize pet and the donkey embarks on a journey of historical greatness. One of Disney’s great classics, and once seen, it is never forgotten, this priceless little gem can be found on the Walt Disney DVD ‘Countdown to Christmas.’

Charlton Heston, Yul Brynner, Edward G. Robinson and Debra Paget star in legendary Hollywood pioneer Cecil B. DeMille’s epic masterpiece of an Egyptian Prince, Moses, who learns of his true heritage and his divine mission as the deliverer of his people, is still to this day one of the most monumental filmmaking achievements to come out of Hollywood’s golden era. A grandiose spectacle of colour, scope, set and production design, standout performances and pure entertainment. The now legendary parting of the red sea sequence is a breathtaking cinematic experience, recently voted the greatest special effect of all time, and remember, there was no CGI back then. At 222 minutes in length this is a real epic! Don’t miss this one!

Charlton Heston, Stephen Boyd, Jack Hawkins and Australia’s Frank Thring light up the screen director William Wyler’s epic tale of a Jewish prince who is betrayed and sent into slavery by a Roman friend, then regains his freedom and comes back for revenge, is one of the greatest films of all time, a cinematic tour-de-force of pure excitement, adventure and entertainment. Still to this day the reigning Oscar king winning a staggering 11 gold statuettes including Best Picture, Actor, Director, Cinematography and Music, etc, and even though Titanic and Lord of the Rings: The Return of the King matched the wins with 11 each, they won for awards not around in 1959. Another long one at 212 minutes, it excels on every level, especially the unprecedented and still unsurpassed chariot race, they don’t come any more captivating, exciting or bigger than Ben-Hur!

Director Franco Zefferelli’s TV Mini Series has been beautifully remastered and is the complete epic available for the first time ever on DVD, this compelling and powerful portrait was four years in the making and went on to win numerous awards. Starring Robert Powell, Anne Bancroft, James Mason, and Christopher Plummer, to name a few, the star studded cast are all superb, and combined with outstanding, cinematography, production and costume design, it all comes together to make excellent viewing. Be warned though: the full version runs a staggering 373 minutes, so try to avoid the shortened theatrical version.

Wonderfully exhilarating animated adventure about a young boy with too many doubts about Christmas who is suddenly awoken late on Christmas Eve by a giant train and a mysterious conductor, voiced by Tom Hanks, who offers to takes him on the journey of a lifetime and to restore his faith, and so he hops aboard, so the fun and thrills begin. A delightful, colourful and exciting adventure ride brimming with eye-popping animation and special effects.

Here’s one for the adults, a touching and highly entertaining British comedy of a group of people all facing assorted issues in their lives in the lead up to Christmas, full of charm, humour and wit. The outstanding cast includes Hugh Grant, Emma Thompson, Liam Neeson, Laura Liney, Alan Rickman, Colin Firth, Rowan Atkinson and Billy Bob Thornton, all are excellent, but it’s Bill Nighy’s performance as the fading rocker that completely steals the show, and again, not for the kiddies.

It’s vacation time again, but the Griswold family decide to stay home for Christmas, and you guessed it, all goes haywire, as anything that can go wrong certainly does, one of the funniest in this third film in the hit vacation series, filled with plenty of laughs, and even some poignant moments. Stars Chevy Chase, Beverly D’Angelo and Randy Quaid are all in top form, this is one family that you don’t want to receive a Christmas Day dinner invite from, a Christmas treat for adults and older children.

Alex Etel, James Nesbitt and Lewis McGibbon star in Shallow Grave, Trainspotting and Slumdog Millionaire Oscar winning filmmaker Danny Boyle’s energetic and enchanting Christmas parable of two brothers who discover a stolen bag of bank notes that are about to become worthless by year’s end and soon learn what they are really made of. Brimming with many exciting, funny and poignant moments thanks to Danny Boyle’s unique and eclectic handling, this is a gem from beginning to end not to be missed!

The poignant and haunting story of a young girl who discovers a man wanted by Police hiding in her family’s barn and thinks he is Jesus Christ, and try to hide him from the police. Outstanding cast includes Hayley Mills, Alan Bates and Bernard Lee, and all excel under the superbly orchestrated direction of Bryan Forbes, produced by Richard Attenborough and based on the novel by Mary Hayley Bell, Hayley Mills’ mother. A beautifully made and enchanting allegorical study of childhood innocence.

The delightfully quirky and wonderfully whimsical comedy classic of three prisoners who escape from the infamous Devil’s Island and decide to rob a store to get some money and travel to safety. However, the three wise convicts end up spending Christmas night with a generous family, and they decide to stay and help fix a  crisis. Humphrey Bogart, Aldo Ray and Peter Ustinov are perfectly cast in this enchantingly unforgettable off-kilter comedy of three lovable rogues who will tickle the funny bone and warm the heart.

The powerful and poignant true story of a now legendary incident during World War One when German, French and Scottish soldiers decided to risk being court martialled, or face the firing squad, by calling a truce on Christmas Eve and come together to celebrate the meaning of Christmas. Great cast, direction, writing and production design bring it together beautifully, this is not only a lesson in history and war, but an unforgettable experience!

Set at Christmas, this is the story of two World War II P.O.W’s who are killed and a high ranking prisoner is suspected of being an informer, is a top notch WWII comedy-drama from legendary director Billy Wilder (Sunset Boulevard) right at the top of his game. Screen legend William Holden gives a standout Oscar winning performance. Thrilling, funny and exciting, this is close to the best and one of the most acclaimed of the genre. Trivia: this was the inspiration for the classic TV series Hogan’s Heroes a decade-and-a-half later.

If you’re a bit fed up with the Christmas rush and stress, then go for Bruce Willis as New York cop John McClane who visits his wife at her work Christmas party only to be interrupted and taken hostage by a bunch of high profile crooks, and the thrills comes thick and fast. Not only the best action film of the 80s,’ but one of the greatest action films of all time, Willis is a knockout in his star-making role, brimming with humour, tension and pyrotechnics, and Alan Rickman is a standout as the head villain, a knockout!

For many years the greats of British comedy would celebrate Christmas with a special every year, an end of year event, and here are just a few of those wonderful ‘Christmas Specials,’ six classic gems from legendary TV shows and comics that are sure to delight over the festive season and for years to come: Downton Abbey, Doctor Who, The Two Ronnies, Porridge, Dad’s Army, Steptoe & Son, Morecambe & Wise and Are You Being Served?

What better way to spend your special day of festive cheer than in the company of some Grumpy Old Men. No, this is not Jack Lemmon and Walter Matthew, it’s Jeremy Clarkson, Rick Wakeman and Bob Geldof, among others, a bunch of world weary baby boomers who gripe at everything about Christmas. Hysterically funny with plenty to enjoy, a delightful side-step from political correctness filled with sardonic and eloquent humour.