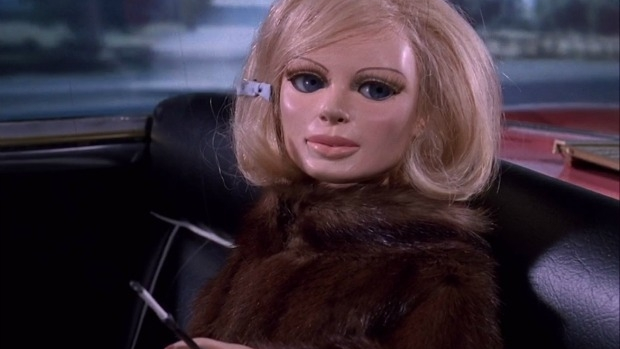 Two of the true pioneers in the early days of television in the 1960s were Sylvia and Gerry Anderson. Together, they co-created such classic television shows as Supercar, Fireball XL5, Stingray, Thunderbirds, Captain Scarlet and the Mysterons, UFO and Space 1999.

Inevitably their extraordinary work, over flowing with eye-popping technological wizardry and special effects, would leap on to the big screen.

For most of us baby boomers, however, it would be Thunderbirds that would be the benchmark for a generation, and inspire more to become filmmakers and special effects technicians than any other show at the time.

This landmark British science-fiction series set in the 2060s follows the exploits of International Rescue (IR), a life-saving organisation equipped with technologically advanced land, sea, air and space rescue craft headed by a fleet of five vehicles named the Thunderbirds.

Launched from IR’s secret island base in the Pacific Ocean, the operation was founded by ex-astronaut and multi-billionaire philanthropist Jeff Tracy who ran it with his five adult sons who pilot the Thunderbird machines. Aiding them was the independently wealthy high-society super model Lady Penelope Creighton-Ward, their London-based agent who came complete with a breathtaking pink six-wheeled Rolls Royce called FAB 1 and former criminal Parker, her chauffer and loyal servant.

Nobody’s trophy: Agent Lady Penelope of The Thunderbirds was modelled on her creator, Sylvia Anderson.

The five Tracy sons were named after the Mercury Seven astronauts, Scott Carpenter, John Glenn, Virgil ‘Gus’ Grissom, Gordon Cooper and Alan Shepard, the features of Scott Tracy were modelled after Sean Connery, who was a great global success at the time as James Bond.

The groundbreaking opening credit sequence would be mirrored in such shows as Mission Impossible and Lost in Space and among all the great talent in putting the shows together was Derek Meddings, a special effects giant who would go on to captivate and thrill audiences on the big screen with a number of the James Bond films, Superman: The Movie and Tim Burton’s Batman, to name a few.

Overflowing with colourful and quirky super heroes, sinister villains, pyrotechnics gadgets and filmed in the puppetry splendour of Supermarionation, Thunderbirds is a global pop-culture phenomenon, and now five decades later as Thunderbirds Are Go! they are still saving the world and thrilling young and old with an all-new digitally animated series.

I was fortunate to have the chance to chat with the legendary and delightful Thunderbirds co-creator Sylvia Anderson about the series and her iconic character Lady Penelope, a unique character that still captivates, enchants and inspires to this day.