Trundle up the hill on Little Bourke Street from Chinatown and you’re still in Asia these days, stayer Longrain is still pumping out Thai wunderfood; David Moyle’s Longsong has finally opened and is traversing the terrain between bar and purveyor of Thai street food; and just a few doors down Jerry Mai has Vietnam covered in Annam.

Mai’s pedigree is strong – she worked at Longrain, Teague Ezard’s Gingerboy, and London’s Zuma, and more recently wowed Melbourne with her take on the famous Vietnamese soup at Pho Nom. Now she’s taking it up a notch with Annam – a more refined restaurant that celebrates Vietnam’s broad culinary offerings.

A glance at the menu is an instant reminder of how fresh and vibrant Vietnamese flavours can be – coconut, papaya, and pineapple abounds. Could easily have ordered it all (and Rex Mossop would no doubt have demolished it), but we managed to whittle things down. 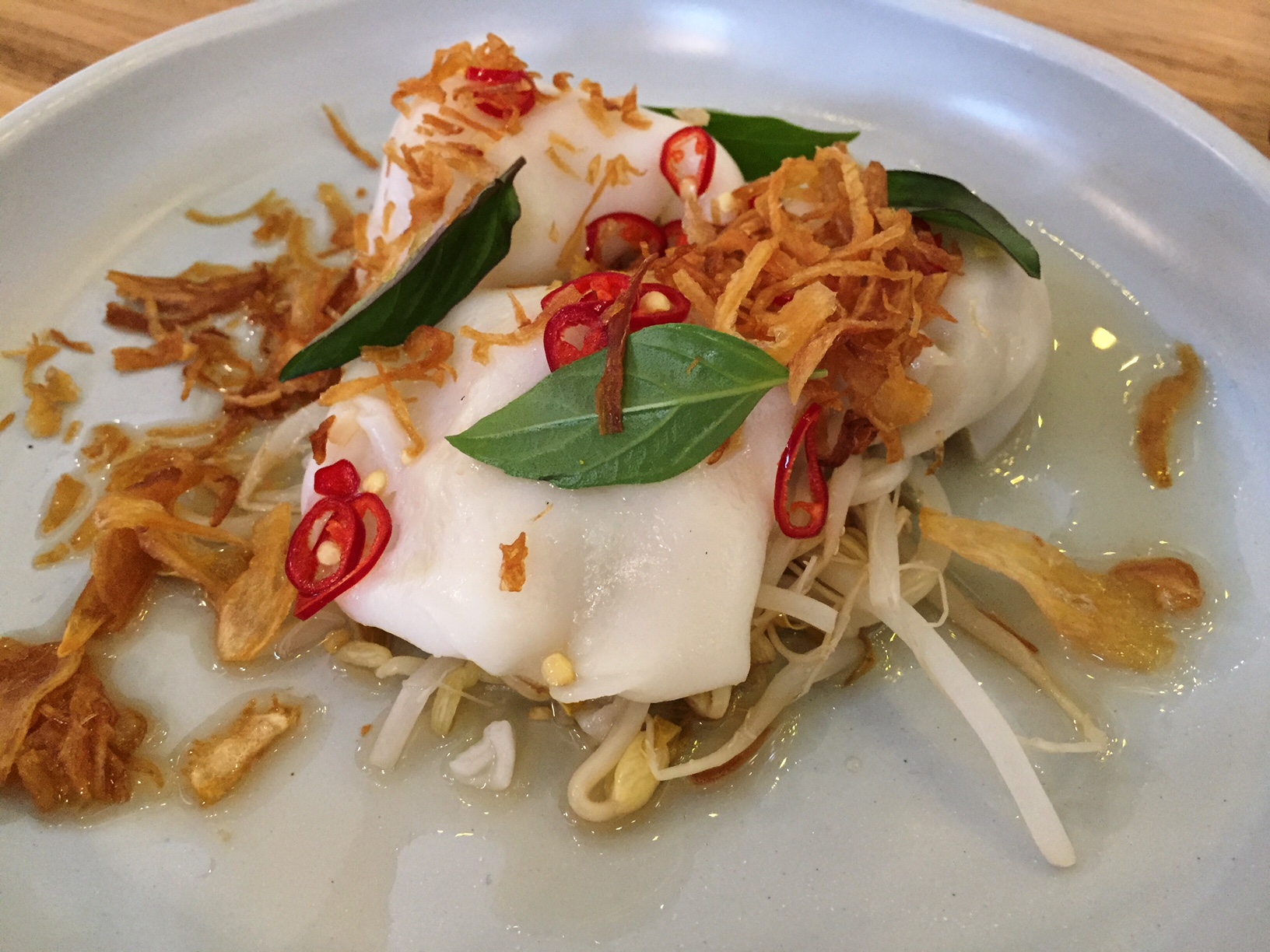 Crab banh cuon (above) were easily the most subtle dish of the day, rice noodle sheets filled with steamed crab, fresh chilli and fried shallot.

It was a DIY operation with the Chiang Mai pork sausage, house made with lashings of lemongrass, chilli and kaffir line – the idea is to wrap ‘em in cabbage, whack in some coriander and away you go – taking a bite of the pickled green chilli if you dare.

It was bound to be the signature dish, being the most unusual on the menu, but it was also easily the tastiest – a bowl of three dumplings filled with a meaty mixture of oxtail that’s been slow-braised in sarsaparilla and fish sauce. You heard me. 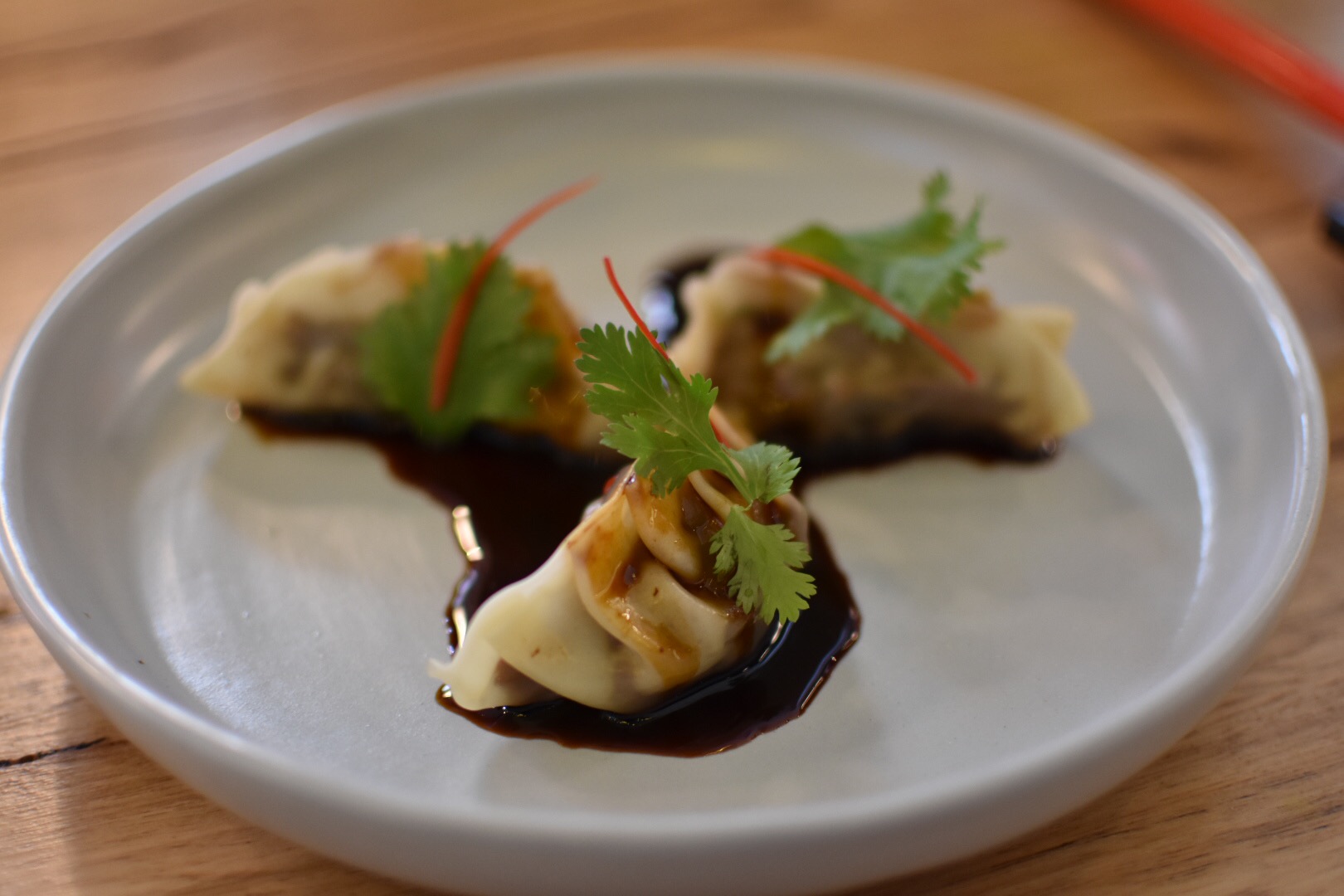 The sauce mixture is further reduced until it’s a syrupy, rich sweet mixture in which to keep stirring your dumplings in between bites. They rocked. Seriously.

To cut through that rich slow cooked meat, a sate grilled octopus salad was perfect. A simple bowl of Asian herbs, fresh green mango, chilli, with a galangal nuoc mam dressing and that tender, smoky octopus. 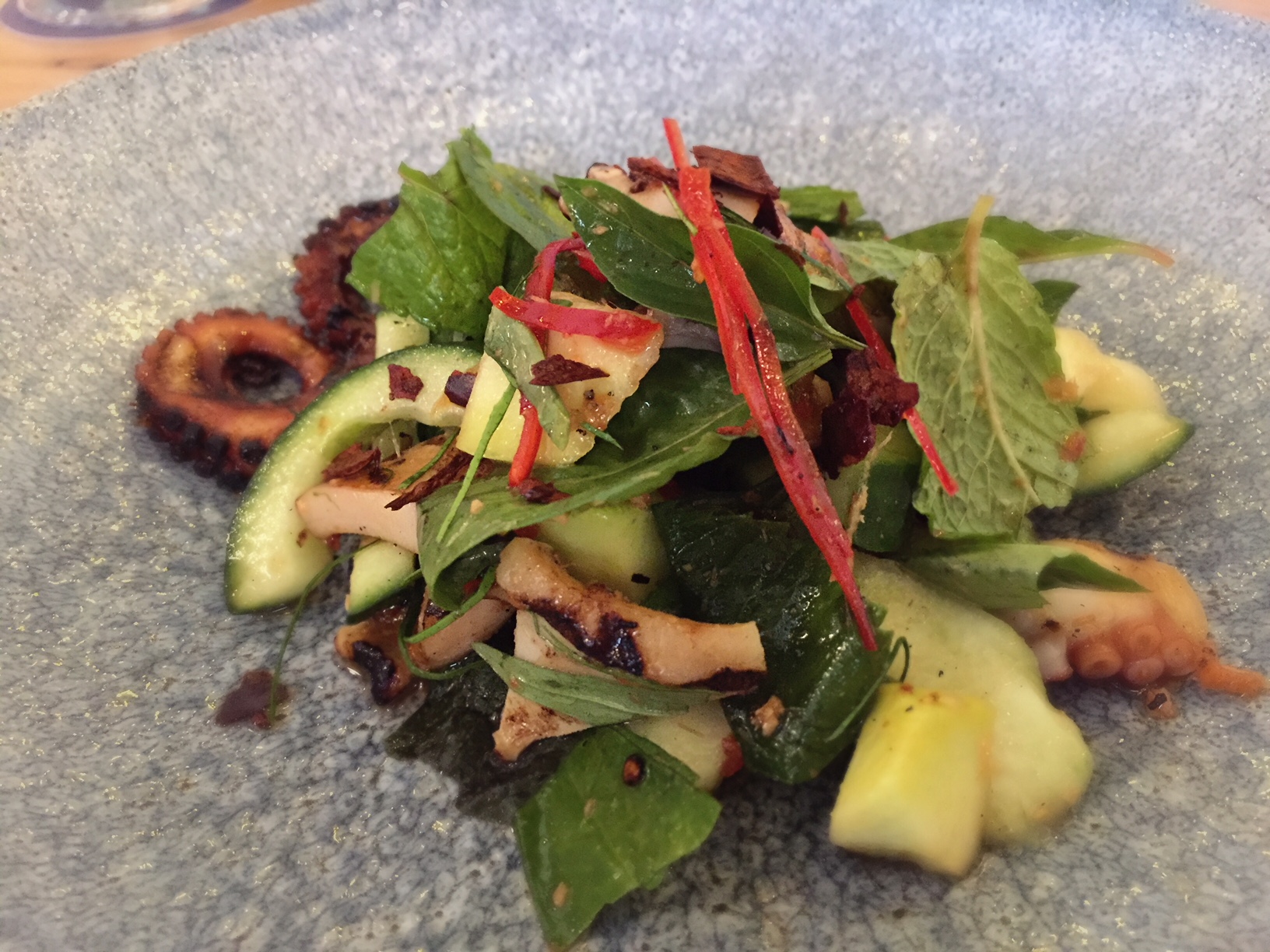 Gotta get the goat. We did – and it was a superb example of how the meat should be cooked. Wet, dripping in a rustic somm la curry sauce, and easily coming apart with a prod of the chopsticks.

We shouldn’t have had dessert, but we did, and it was a no brainer. Round two of the sarsaparilla braised oxtail dumplings went down a treat, and I didn’t even mind walking away with a bit of that stringy meat stuck between my teeth.

A great excuse to give it a try is Annam’s new weekday express lunch – “Office Rice”. Eighteen bucks will get you the dish of the day, which could be  wok tossed chicken with lemongrass and turmeric, bo luc lac (a classic savoury-sweet Vietnamese beef stirfry) or Hainanese chicken rice.

On the whole, Annam isn’t Chinatown cheap, but it’s not top end of town unattainable either – the dishes are on the smaller side, but that does mean you get to order more of them.

And remember – try the dumplings.