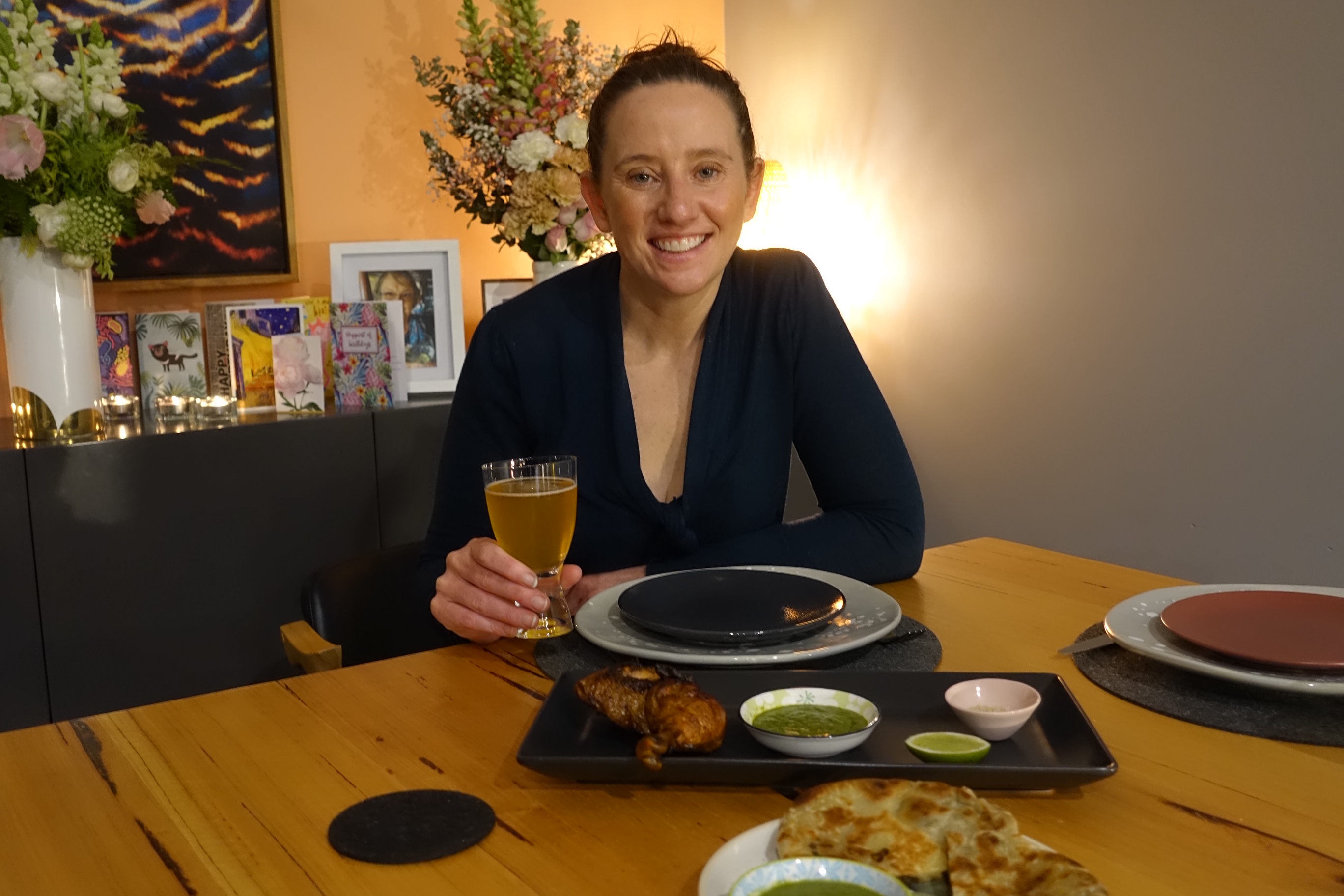 Before the first round of lockdown restrictions, Nabil Ansari was working at wildly popular city eatery Sunda. Come shutdown, though, and without access to JobKeeper, he was out of work with bills and rent to pay.

He did what he could. He letterboxed neighbours in his apartment block and said he’d be doing what he does best – cooking great food. In this case, the food he knows best – Indian.

Things took off. Word spread. He started getting orders from friends of neighbours, and friends of those friends. He was making classic Indian dishes, using refined techniques picked up at some top Melbourne restaurants.

When Sunda re-opened, he was promoted into a sous chef role. Then lockdown 2.0. And 3.0.

So, Ansari Indian is back, and this time he’s been given space in the kitchen at the Hotel Windsor. So where before punters ordered via Instagram messages, there’s now a full menu set up on the Hotel Windsor Gift Shop website, for pick up, or delivery within 15 kms of the CBD.

It’s not suburban Indian cheap, but Nabil is subsisting entirely off the profits he makes from this endeavour and the food is sublime. It’s well and truly worth it.

So what did we eat? 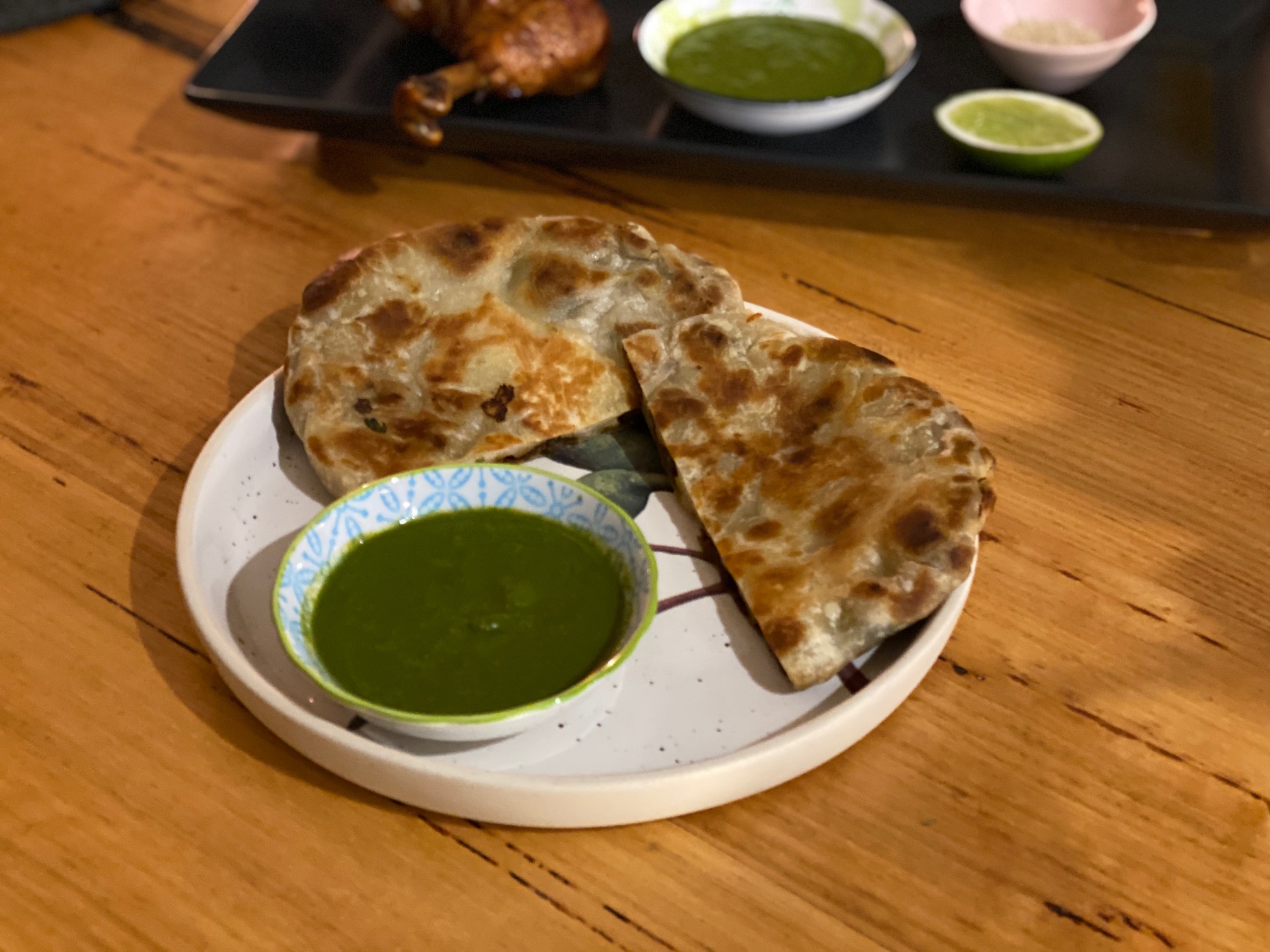 From the snacks, a keema naan. Keema lamb being a breakfast for Nabil back home and served with dinner rolls, here he’s stuffed the mixture into lovely house-made naan dough. We warmed it up in the oven, but I reckon next time I’d whack it in a pan to crisp it up a bit too. It comes with a superb, vibrant, spicy coriander chutney – a combination of coriander roots and leaves, green chilli, garlic, onion and yoghurt. 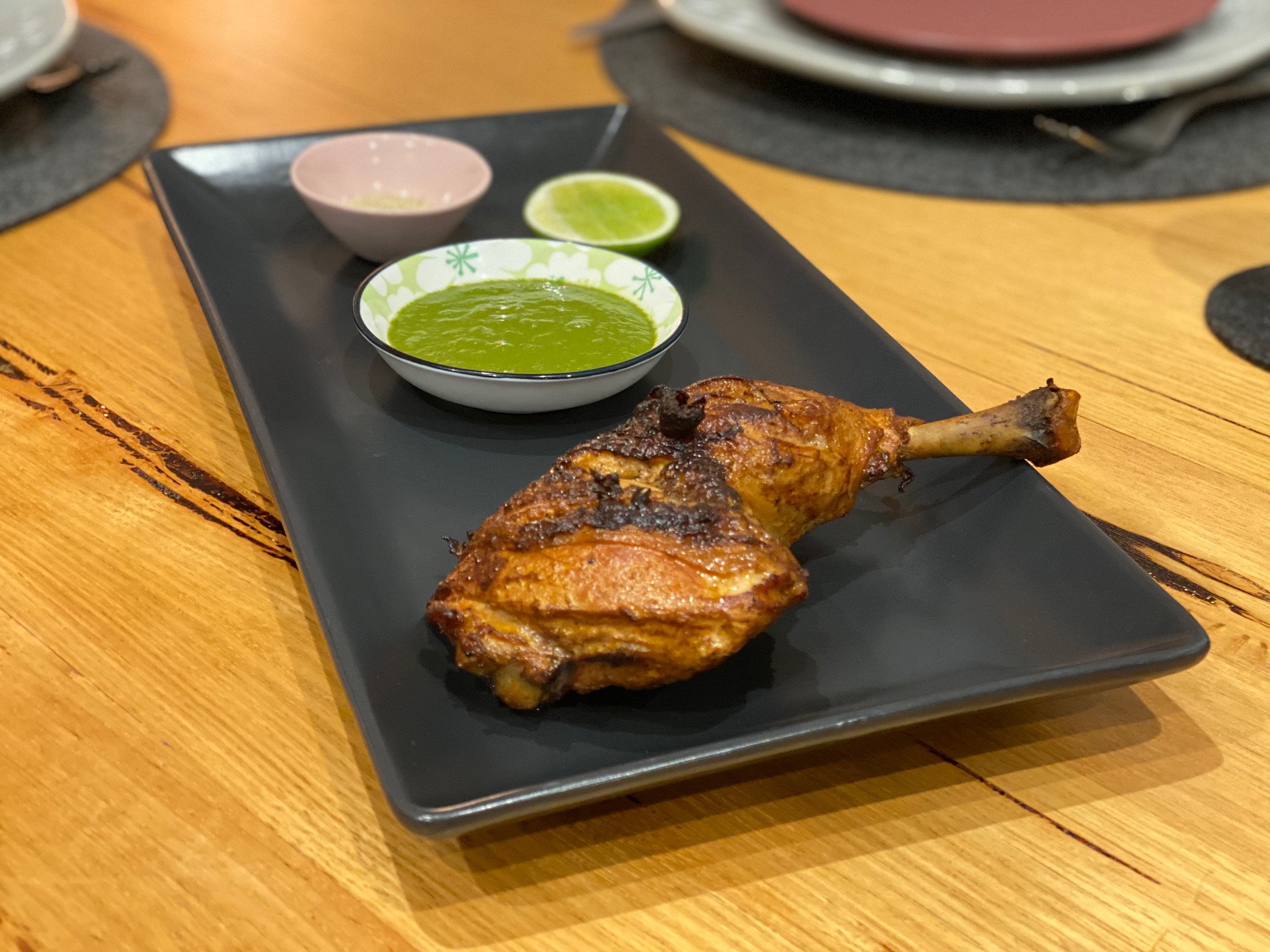 Our second snack was a bigger one, a chunky chicken tikka. A large maryland is marinated in yoghurt and tikka spice blend, including intense red Kashmiri chilli power. It’s cooked over coals and wood, and the result is a smoky, tender, flavour sensation – particular when you add some of that coriander chutney and the special salt supplied. I’d keep it in the oven longer than the seven minutes suggested. 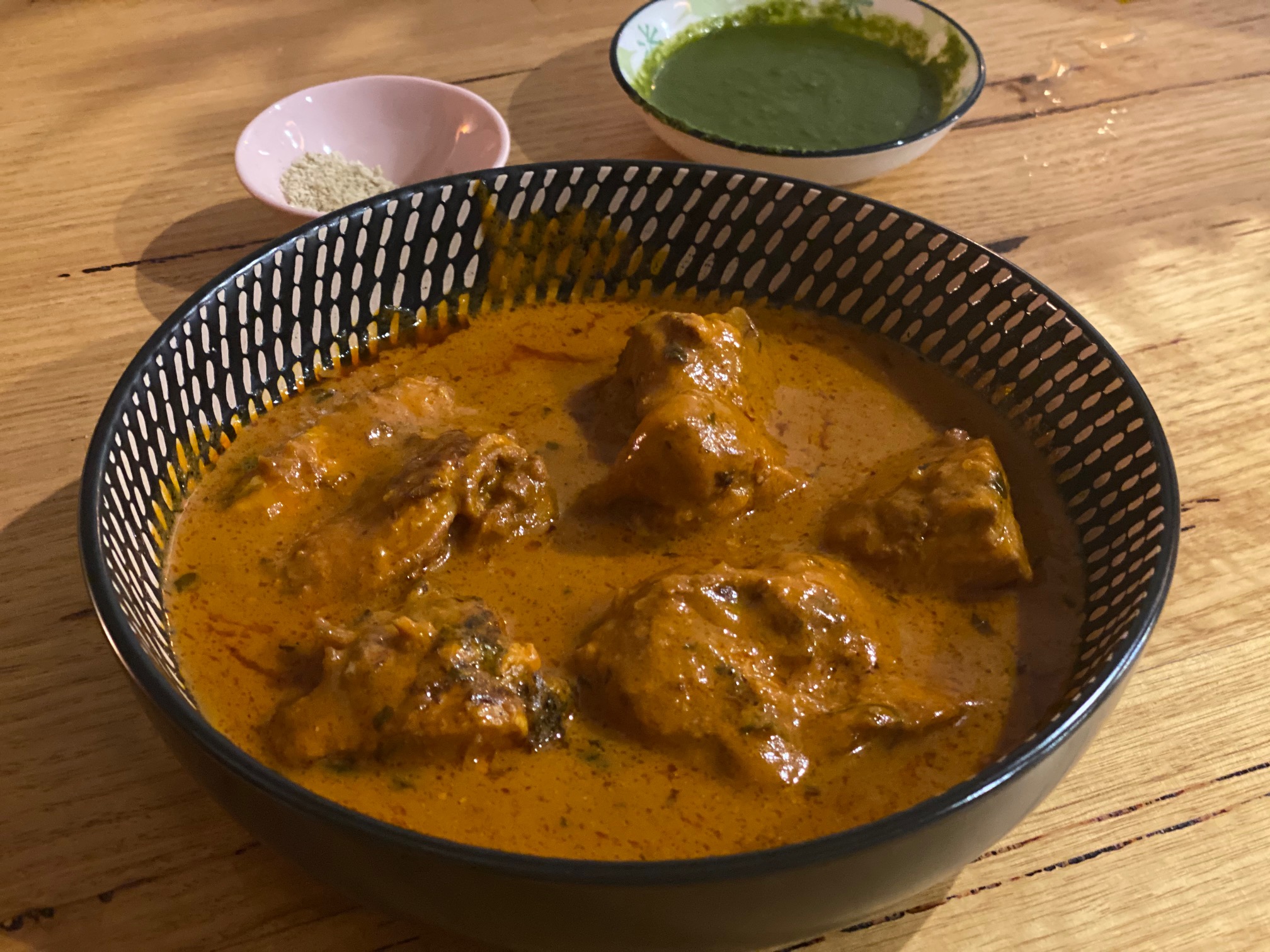 To mains, and I wouldn’t normally order butter chicken, but this looked too good. I was right. Tomatoes are slow-cooked overnight in chicken stock, cinnamon, cardamom and bay leaves. The resulting thick pasted is blended and seasons with butter, cream, brown sugar and salt. Again, boneless chicken pieces are smoked over coal and wood – the smoke permeating the sauces once the two are mixed together. God I loved this dish. 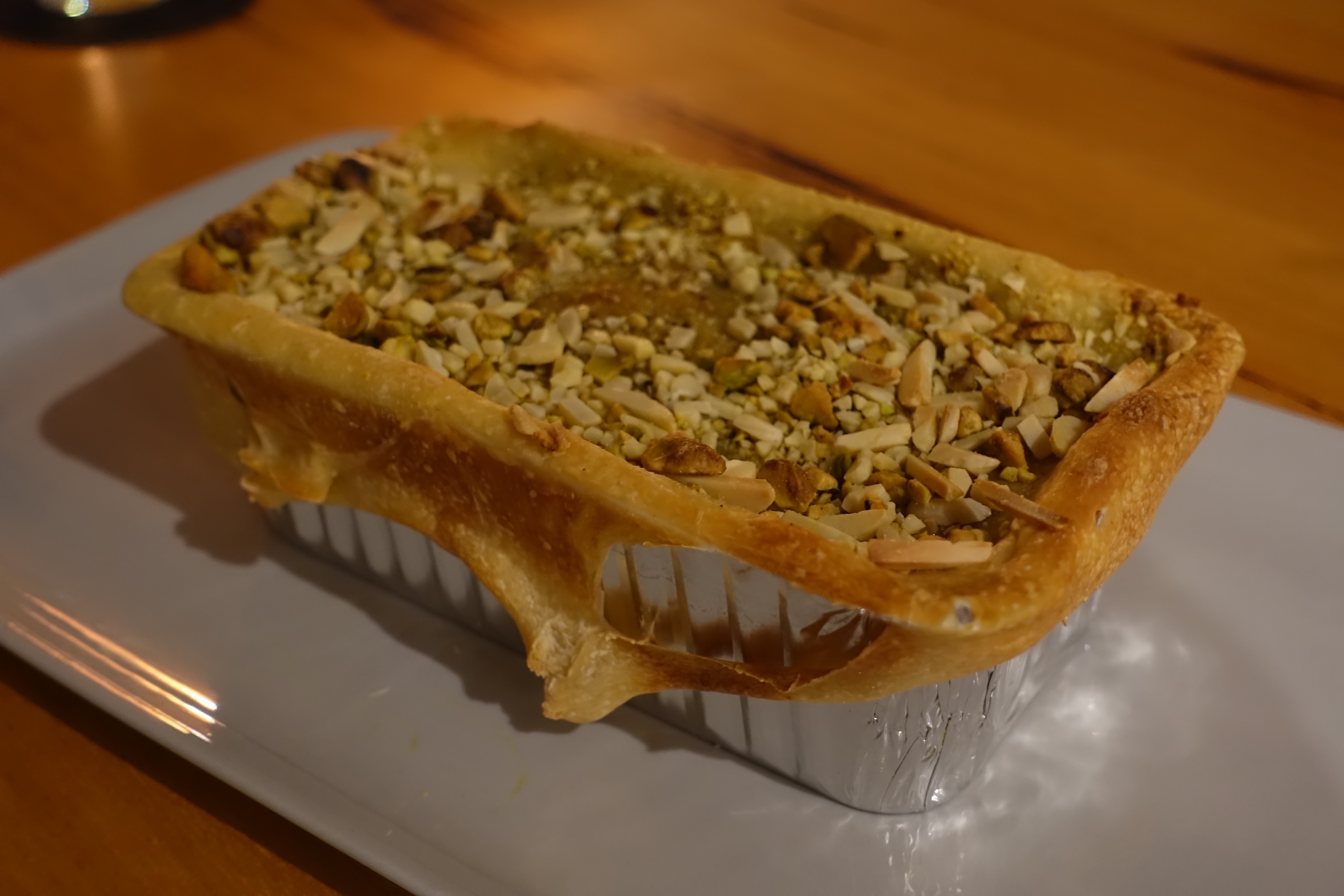 The lamb dum biryani is one of Ansari’s biggest sellers – and part of that will be because it looks so impressive. He slow cooks lamb shoulder with onions, tomatoes, 18 different spices, yoghurt and lamb stock for at least five hours. This is mixed with basmati rice, but unlike any biryani I’ve seen, it’s then layered and topped with chopped coriander, mint, fried onions, saffron, milk and lamb fat, placed into a foil ray and topped with a naan-like pastry, brushed with lamb fat and sprinkled with nuts. You just need to whack it in the oven for twenty or thirty minutes (they say twenty, I say closer to thirty!). To serve, you mix it all together so you get a cacophony of textures, and beautiful rich flavours. 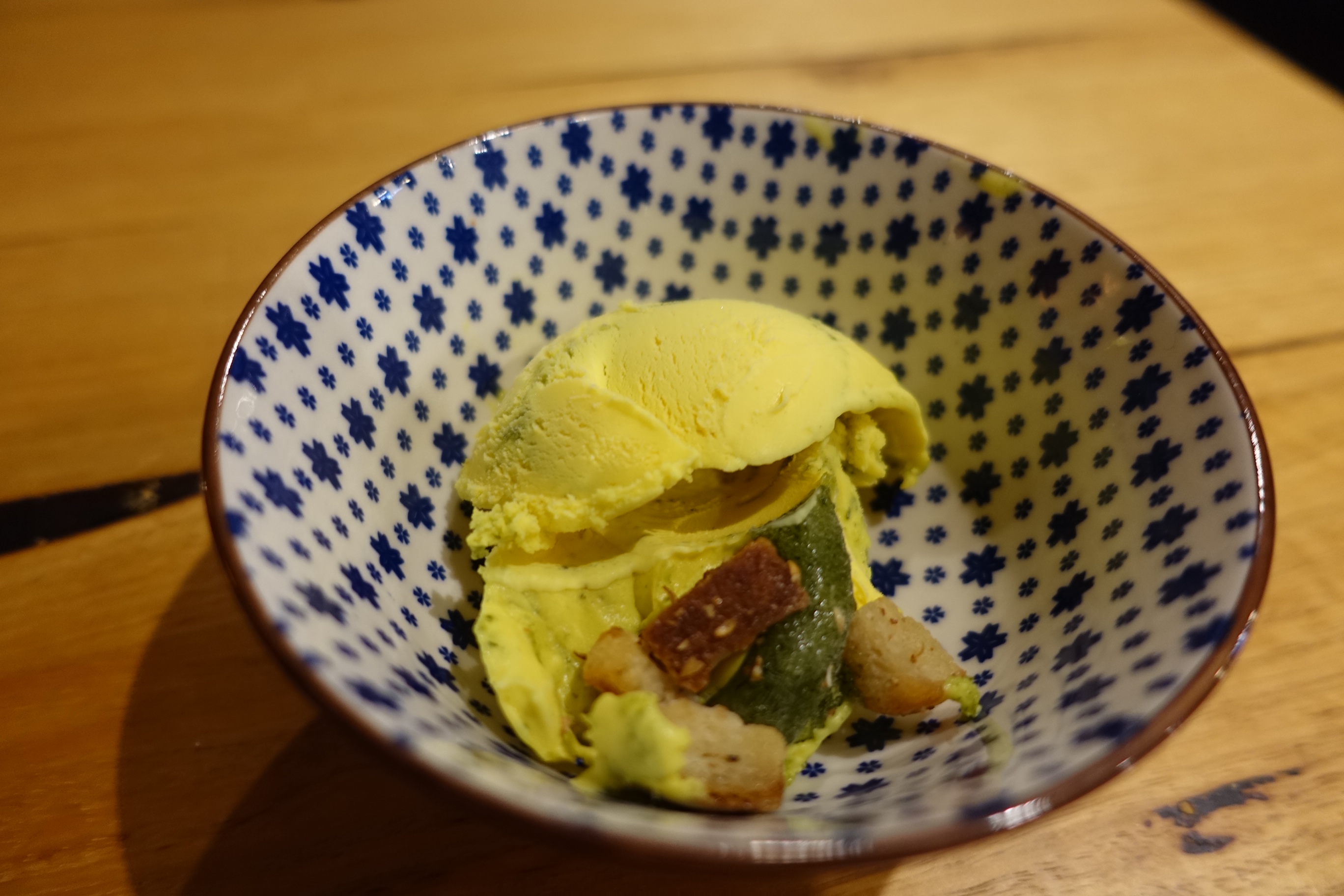 No, I am not usually a huge fan of Indian desserts, but Ansar is making his own ice creams and they are like nothing you’ve ever tasted. Flavours include Spiced Tea; Guava, Lime and Kashmiri Chilli; and the one we went for – Mango, Fried Bread and Coriander ice cream. Mango ice cream, with coriander jam swirl (a sweet one) and fried bread croutons on top. Awesome.

As I said, it’s not cheap, but this talented young chef is relying on any profits just to survive – and it’s like no other Indian food I’ve tasted. It is well worth it.

Of course, not everyone lives within 50kms of the city, so here are some nominations we received for other terrific Indian restaurants across Melbourne.

Fork and Fingers – Union road, Ascot Vale  – terrific food, but they’ve also been providing free meals to those in need once a week.

Baba Ji’s Kitchen – 1/1644 Burwood Hwy Belgrave – During the pandemic, they’ve been working with ‘Community Casseroles’ and have cooked $1000 worth of butter chicken & vegetable korma for those struggling in the local community.

Avatar Indian Cuisine – 291 Whitehorse Road Balwyn – fans say they’re cooking some of the best Indian food around at the moment and open for takeaway.

Sangam Tandoori – 135 Nelson Pl, Williamstown – Okay, so this is my local Indian, but I seriously love it. My other half is British, and he says it’s the closest he’s found to English curries in Melbourne. Highly recommend the Malai Chicken Tikka and Chicken Jalfrezi.

Atta Indian Restaurant – 159/161 Victoria Ave, Albert Park – the great thing about this modern Indian restaurant is that locals can head in and order takeaway, but they’re also available on UberEats, and Providoor – which has a delivery radius of 35km from the city.