Press PLAY below to hear Kate’s review on 3AW Breakfast.

It’s been an awful week for the people of Sri Lanka, and for the Sri Lankans here in Australia worried about family and friends back home. Sunday’s events will no doubt mean a serious dent for a tourism industry that was only just starting to boom following a drawn out civil war.

Those who decide to defer travel to that stunning island nation will not only miss out on the warm and generous reception from locals, on a country bursting with enviable natural attractions and wildlife, but from some of the most impressive local food I’ve seen on my travels. Ever.

So – you may have to get your first taste of it here, and your first stop should be Fusion Ceylon, in downtown Werribee.

Let’s get the basic stuff out of the way. Here’s what Fusion Ceylon is, and what it’s not.

It’s not fancy, it’s not exactly funky, and they’re not necessarily fast when it comes to clearing tables after punters have pulled up stumps. 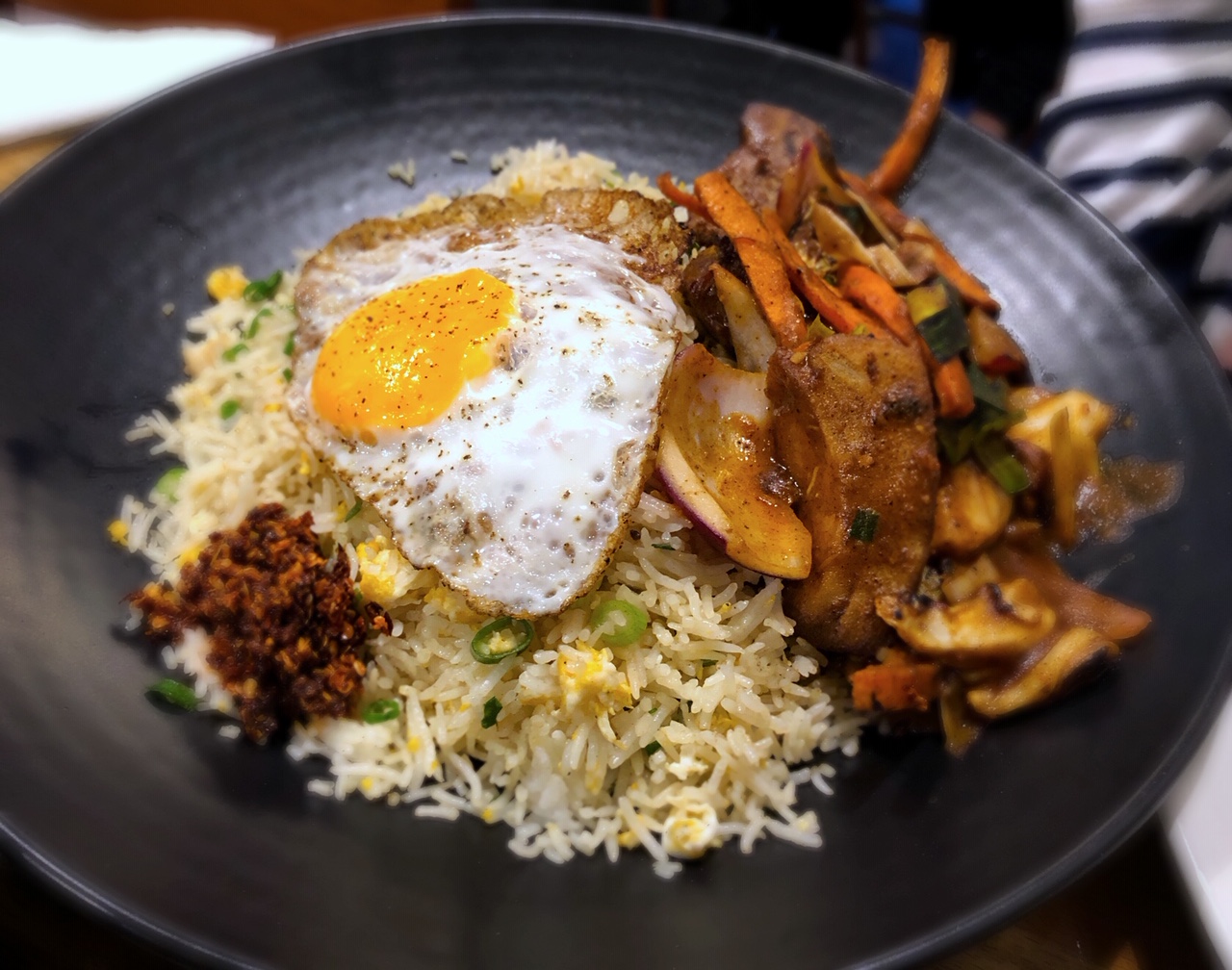 Why “fusion”? Well, according to Chiran, because Sri Lankan food can be VERY spicy. Chiran is highly trained, he’s worked in some of Melbourne’s best hotels, as well as in the kitchen at the Stokehouse, so he was keen to just work in some western gastronomic techniques and flavours to traditional recipes. To be honest, it’s hard to see how anything’s been watered down, it tasted like great Sri Lankan food to me – with enough of a kick.

Thursday night is “Hopper Night”, and the prices are almost criminally low. In case you haven’t heard Ross or I bang on about them, hoppers are a Sri Lankan breakfast staple made by turning rice flour and coconut milk into a kinda pancake-like bowl that some have described as the lovechild of a crepe and crumpet. So romantic.

At Fusion Ceylon, you can have them plain with just a little caramelised onion sambal in the bottom, or brimming with fillings like hot butter cuttlefish or chickpea curry. We settled first on the Goat Palandi – goat meat simmered for at least four hours with the usual suspects when it comes to Sri Lankan spice – their unique blend of curry powder, cardamom, cumin, tomato couli, and a little yoghurt. Tender meat and rich sauce, in perfect little handfuls of ricey (that’s not a word) coconutey (neither is that) crepe.

Next hopper – the devilled chicken. A little heat, a little sweet, a little sour – nice and saucy, but watch out for the bones (which we were surprised by given the goat didn’t have any). 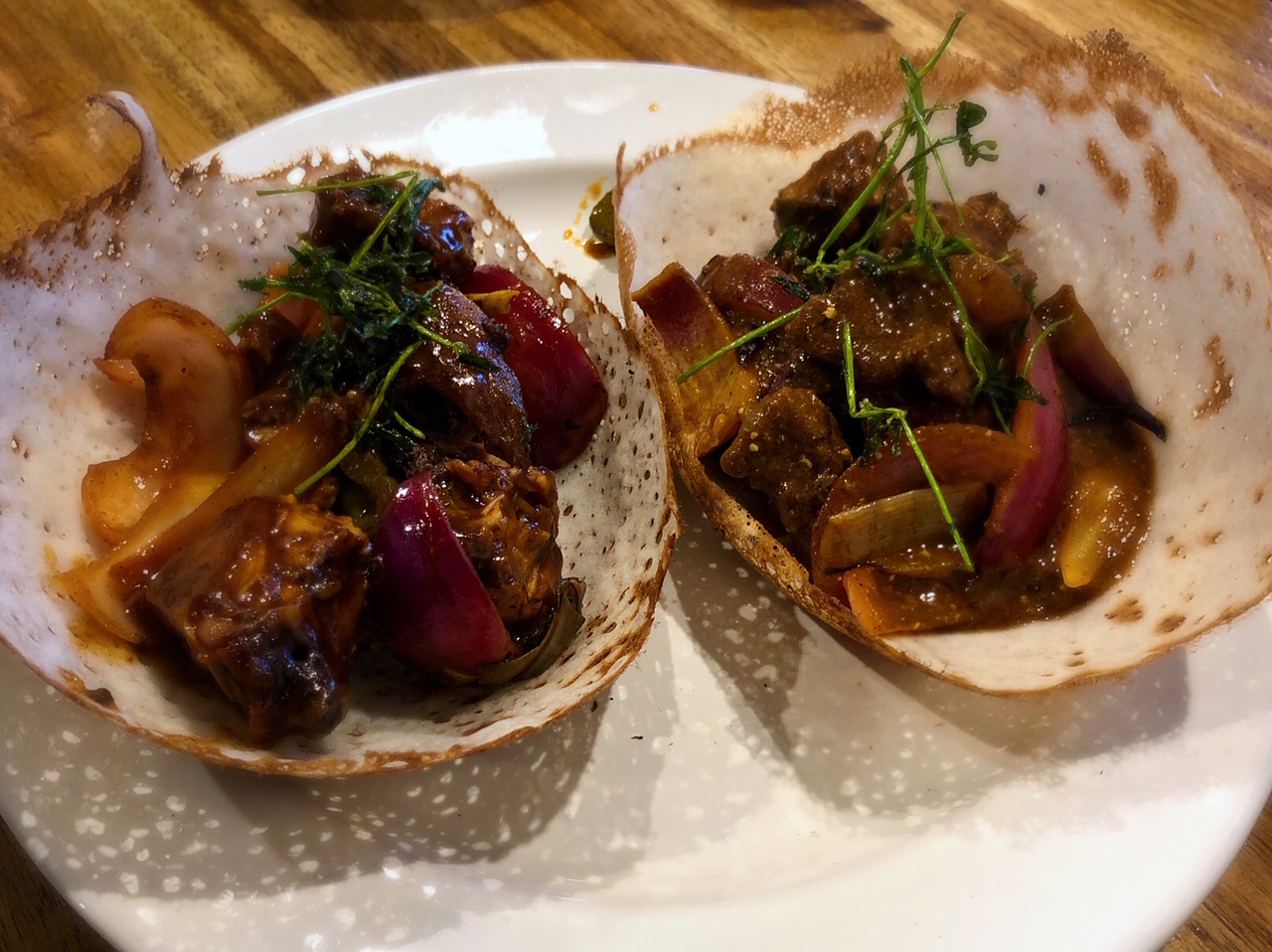 Be warned – these FIVE DOLLAR filled hoppers are deceptively filling, which is fine until you see how generous the mains are.

Our go-to-dish from our travels turns out to be Chiran’s biggest seller – the famous kotthu roti. It was the showstopper for me, partly down to the fact that it’s such a sensory experience. You’ll smell it cooking, it’ll taste stupendous, but first you’ll well and truly hear it coming. It’s like Iron Chef meets Chaminda Vaas … a flat hot plate, fresh roti, metal blades, quick arms and flying food. It’s a riot to listen to, and a joy to eat. 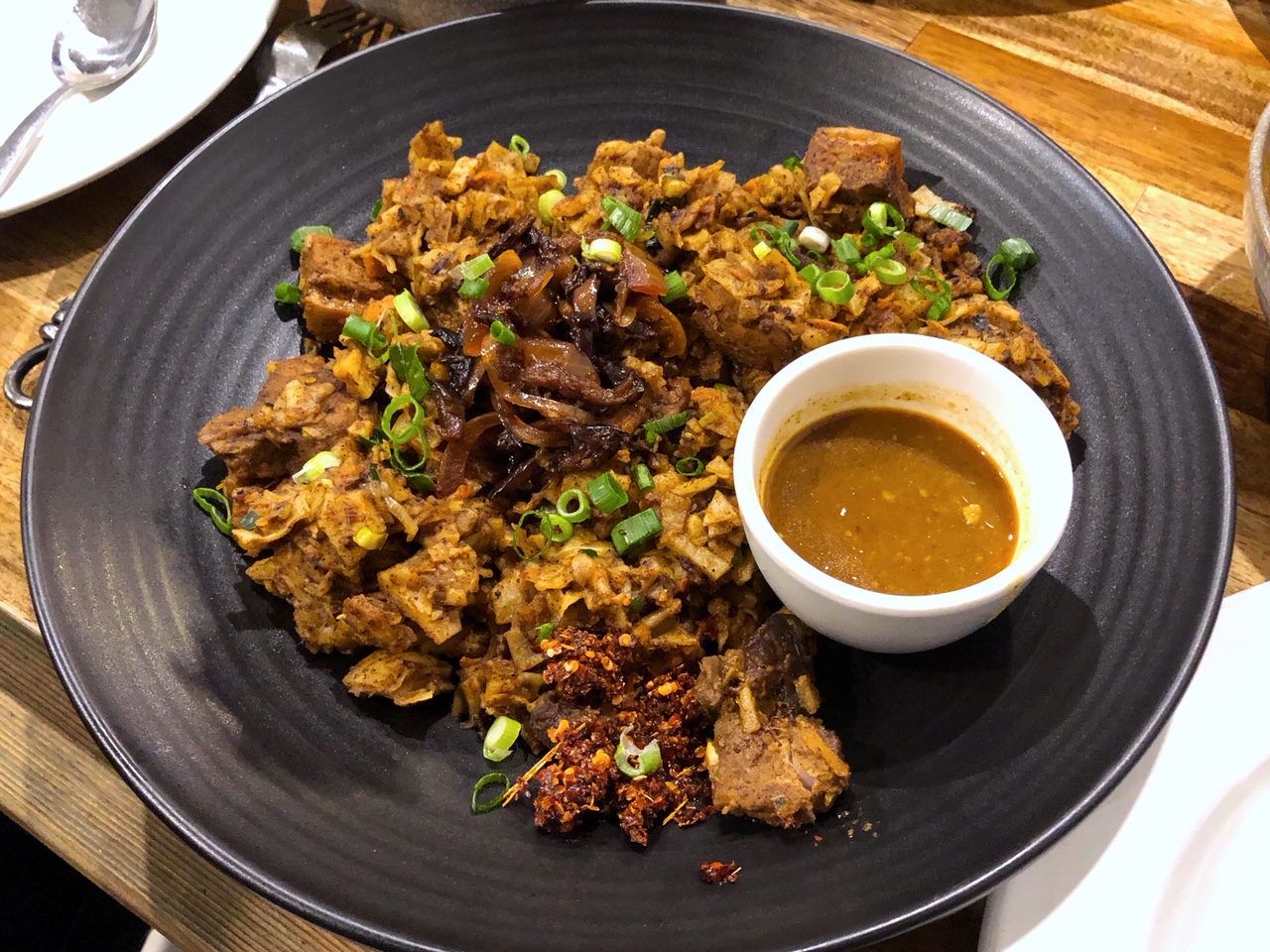 Basically on the grill goes thin godamba roti bread (similar to a Malaysian roti canai), onion, garlic, ginger, curry leaves, lemongrass, and the protein of your choice (chicken, pork or goat) – then it’s all cooked and furiously chopped on the go, finally mixed with a rich chicken curry gravy. It’s a punchy, filling, fun dish that will set you back $10 for chicken, or $12 for the pork or goat. It’s a no-brainer. 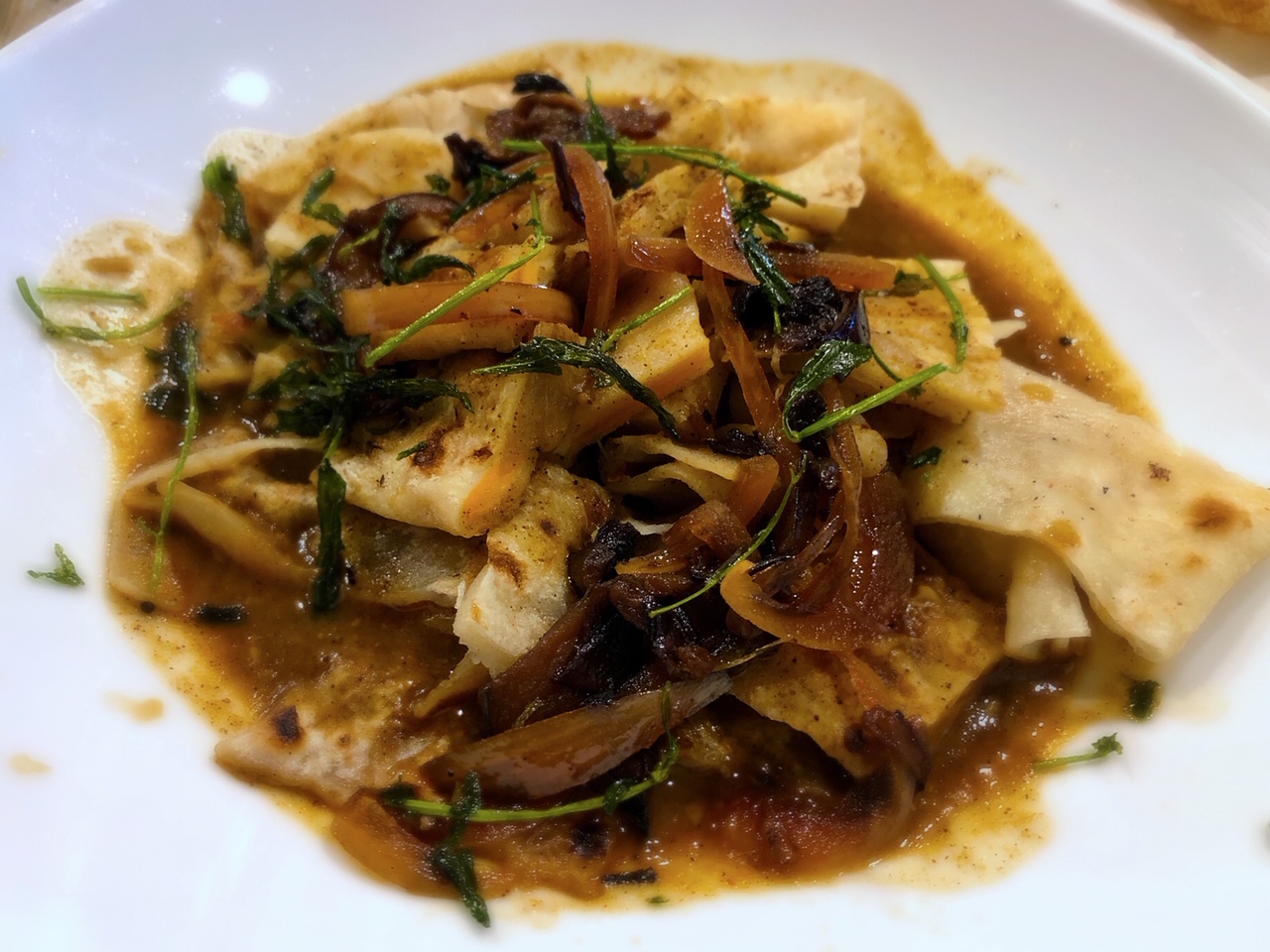 There’s also a special game meat menu at Fusion Ceylon. Chiran says historically game meat has been supremely popular in Sri Lanka, but bans in the last decade means residents haven’t legally been able to get their hands on it. But here in Melbourne, he’s found a great butcher who keeps him supplied with good cuts of venison and wild boar, and the Sri Lankan families of the western suburbs are lapping up the resulting stews.

There’s little wonder this Watton Street gem is bustling on a Thursday night – the simple décor and, let’s say, “relaxed” service belie the top-quality and authentic flavours being dished out by seriously qualified chefs. Many will be putting off travel to Sri Lanka, but don’t let it put you off enjoying the splendour that is Sri Lankan cuisine.